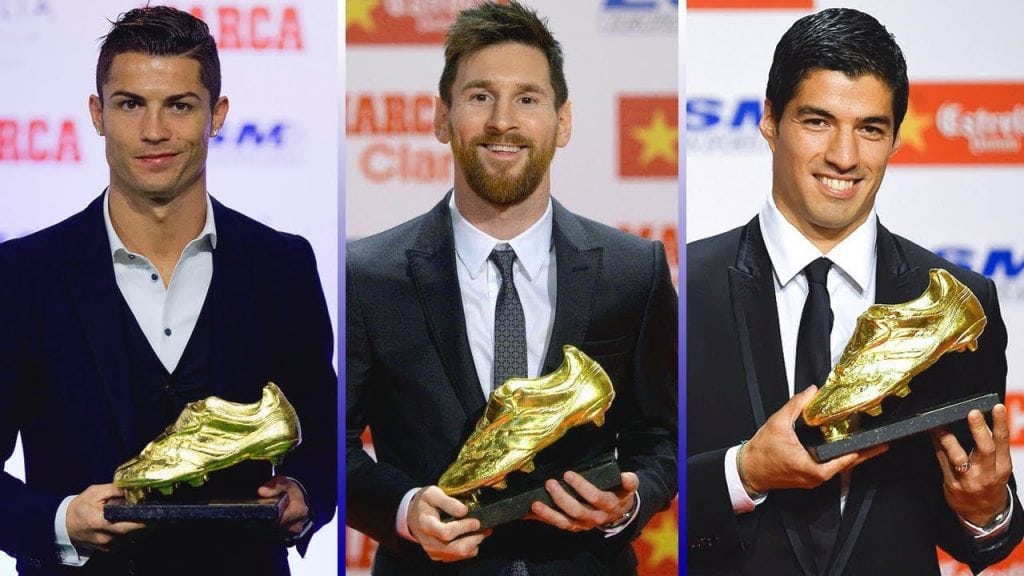 The 2018 Fifa World Cup in Russia kicks off on June 14. The Golden Boot is awarded to the top goalscorer at each World Cup. In 2014, James Rodriquez of Colombia claimed the award after netting six times during the tournament, while Just Fontaine of France holds the record for most goals in a single World Cup, with 13 goals in 1958.

The Golden Boot award is given to the World Cup’s top scorer. From Ronaldo, to Miroslav Klose, and most recently James Rodriguez in 2014, the Golden Boot award has been won by some of the best players ever to play the game. Argentina’s Lionel Messi is currently the Vegas favorite at 7-1 to score the most goals in Russia, followed closely by Brazil’s Neymar at 10-1 and Portugal’s Cristiano Ronaldo at 12-1. Take a look at them all below. 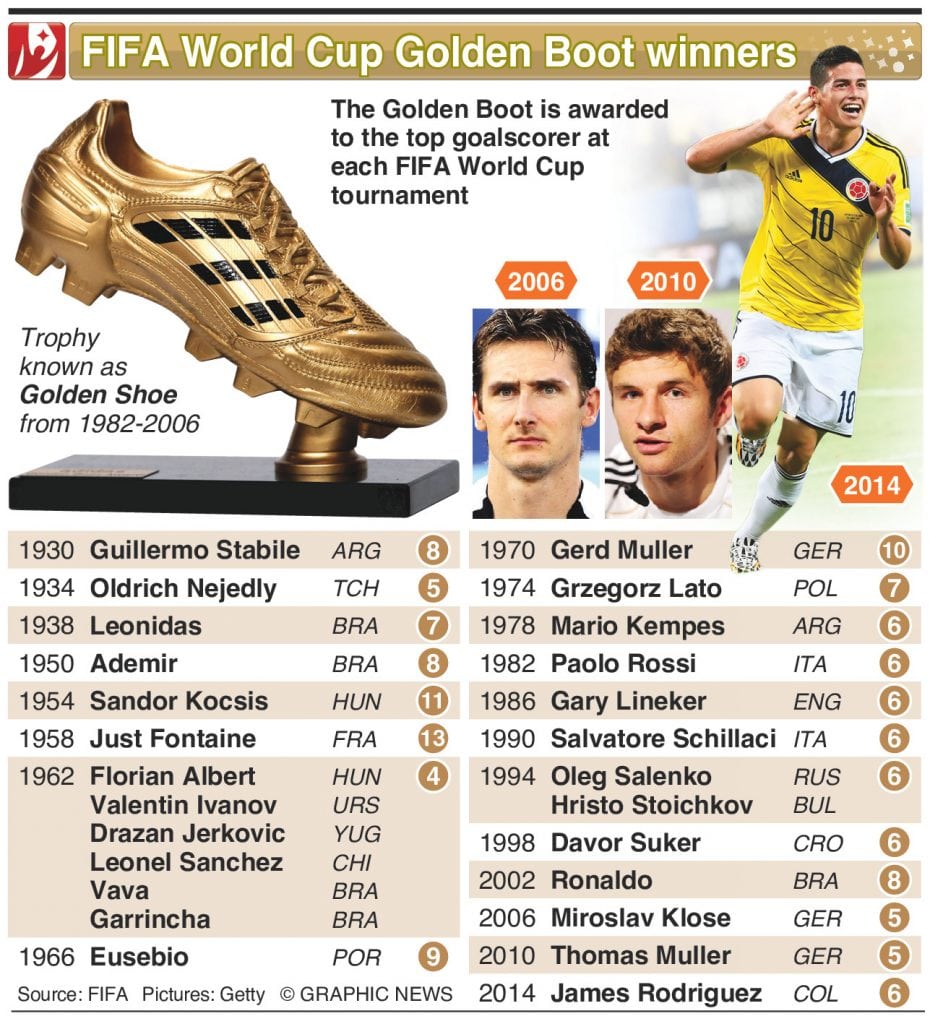 The Golden Boot is awarded to the top goalscorer at each World Cup.

Czech player Oldrich Nejedly top-scored with 5 in 1934, as did Germany’s Miroslav Klose and Thomas Muller, in 2006 and 2010 respectively. 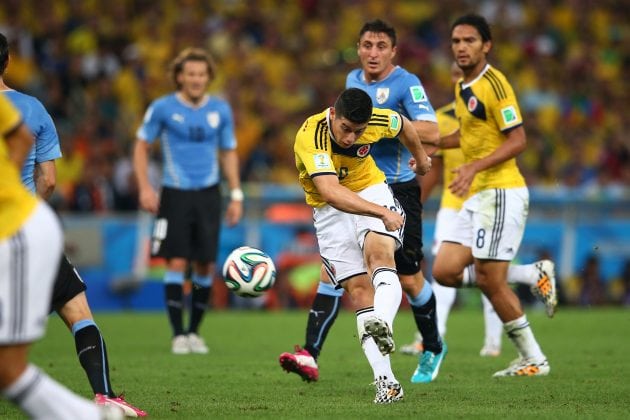 Rodriguez scored three times during the group stages against Greece, Ivory Coast and Japan, before then scoring twice against Uruguay. His first was a beautiful volley from 25 yards after chesting the ball to control it. However, during the quarter-finals against Brazil, he would score a penalty but his side would lose 2-1 after goals by Thiago Silva, and David Luiz. 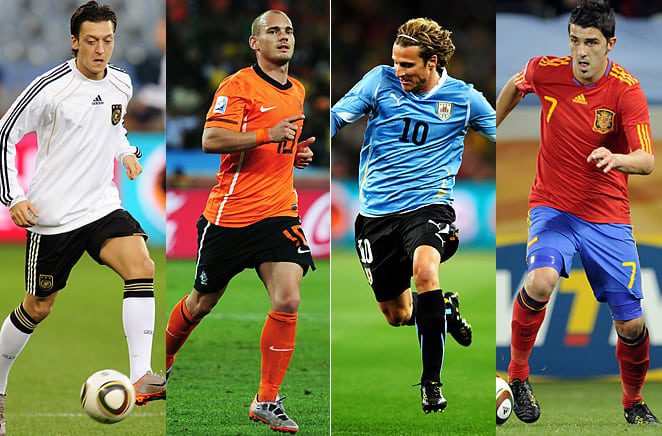 All four of these men with their respective countries made it to the semi-final of the 2010 World Cup with David Villa and Spain ultimately winning the tournament in extra time against the Netherlands. 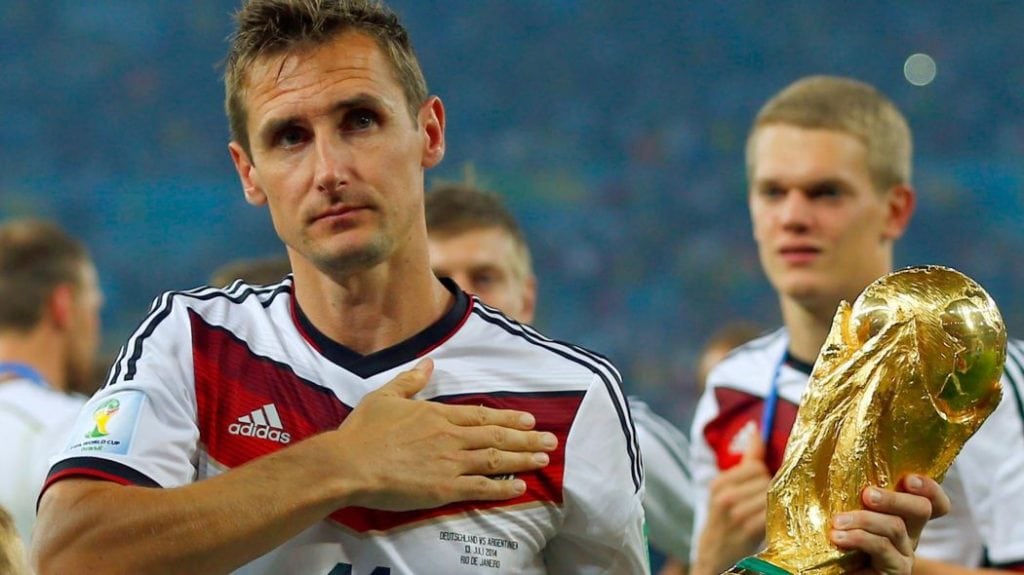 The most prolific World Cup goal-scorer ever topped the chart in 2006 with five goals. He scored twice against Costa Rica and Ecuador during the group stages and then once against Argentina during the quarter-finals. Germany would come third overall. 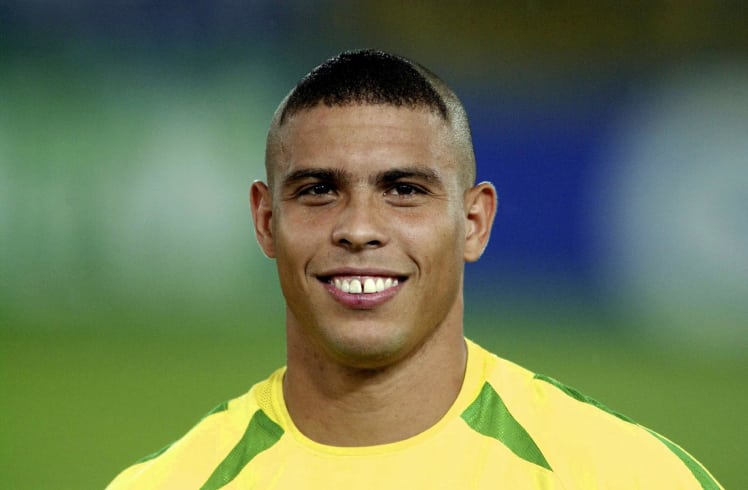 One of the finest strikers ever showed his class, and put the 1998 demons to bed, in Japan and South Korea at the 2002 World Cup. He scored four times during the group stages, and then four more during the knockout rounds. This included two in the final against Germany, and this performance further cemented Ronaldo’s place as one of the all-time greats. 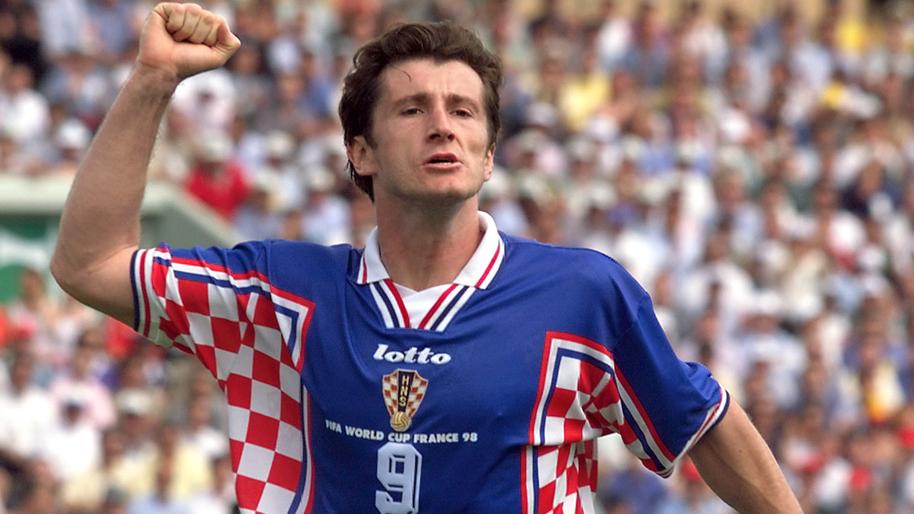 The Croatian striker scored twice during the group stages in 1998, once against Jamaica, and the other against Japan. Then he scored once against Romania, Germany, France, and finally the Netherlands in the third-place playoff game. 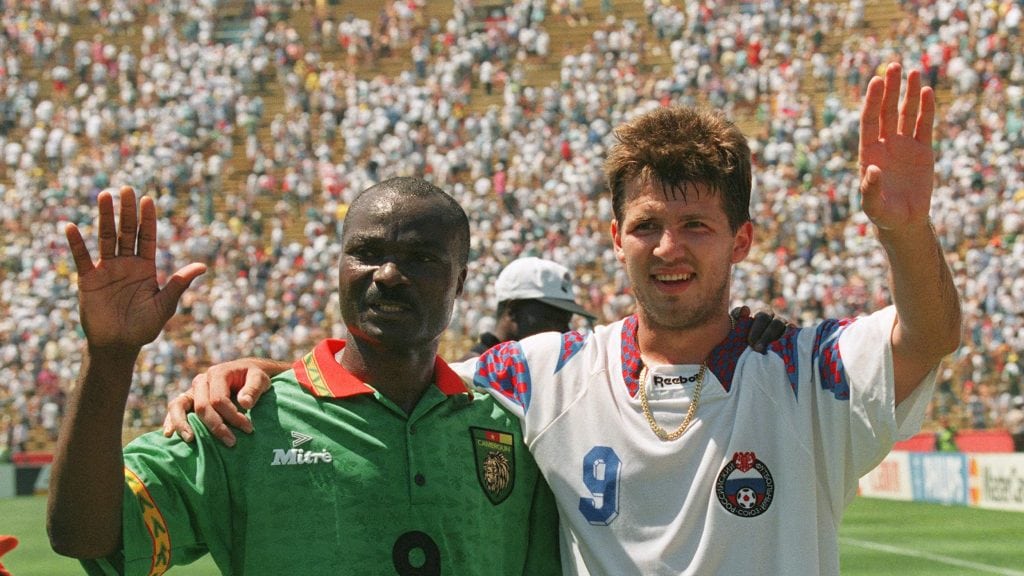 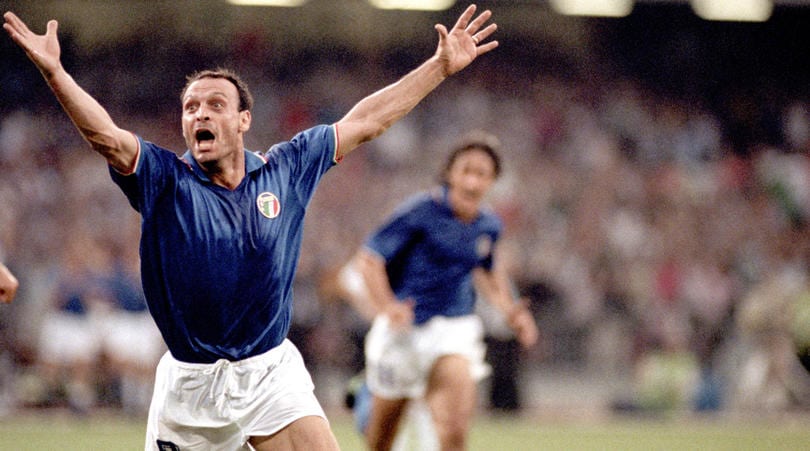 Schillachi was unknown before the tournament, having only started one game for Italy. This was soon to change as he came on as a substitute against Austria and scored the winner. He then scored against Czechoslovakia and then three more times during the knockout rounds to guide Italy to third place. 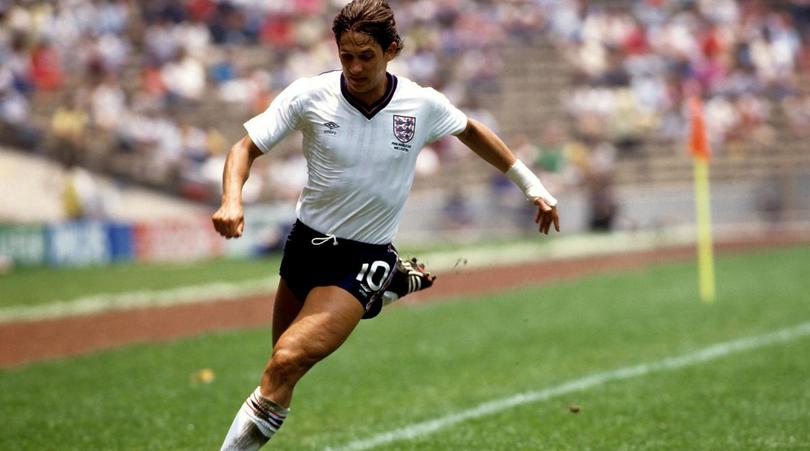 After a poor start to the tournament, which saw England lose to Portugal and draw with Morocco, the Lions finally came to life against Poland with Lineker scoring a hat-trick. During the round of 16, he would score two more against Paraguay, and the once against Argentina. This game is best remembered for the ‘Hand of God’ goal and Diego Maradona’s sublime second to knock the English out. 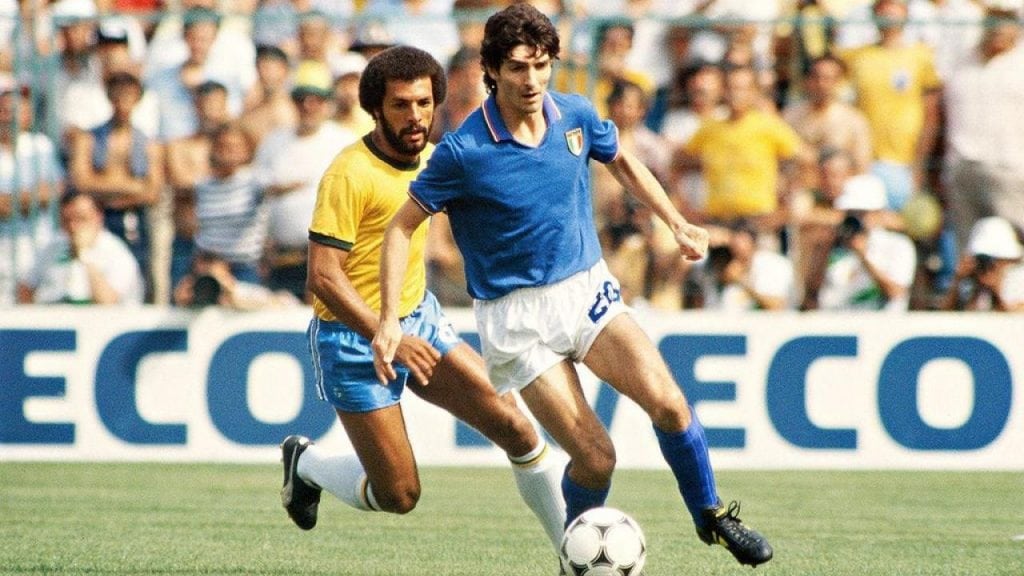 Italy struggled during the first group stage of the 1982 tournament with three draws against Poland, Peru and Cameroon. They came alive in the second round though, as did Rossi, scoring a hat-trick against Brazil. He would then score twice against Poland in the semi-final, and then once in the final against Germany. 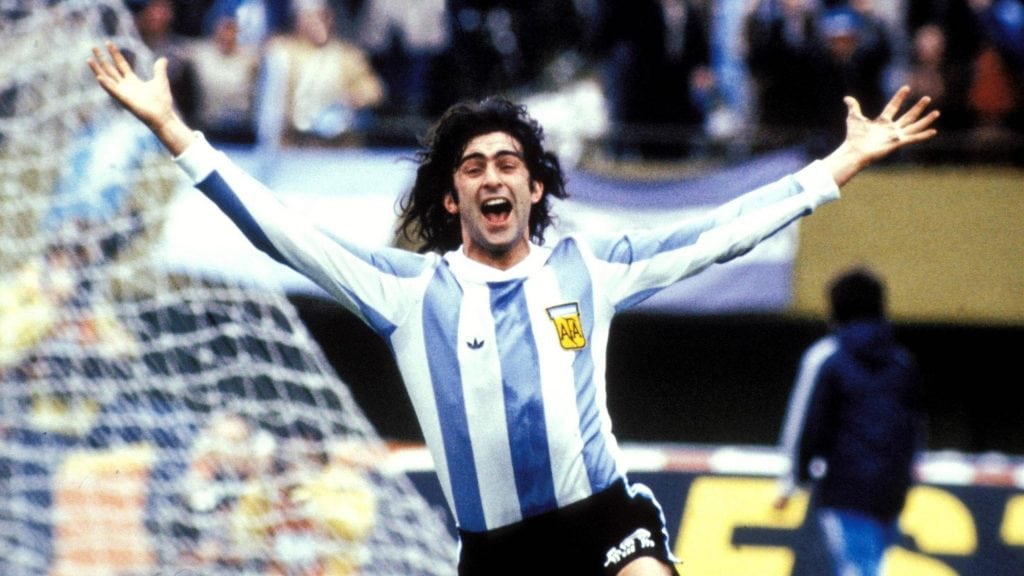 Surprisingly, Kempes didn’t score during the first round group stage in 1978. But from then on, he would score two goals against Poland, Peru, and then two more in the final against the Netherlands. 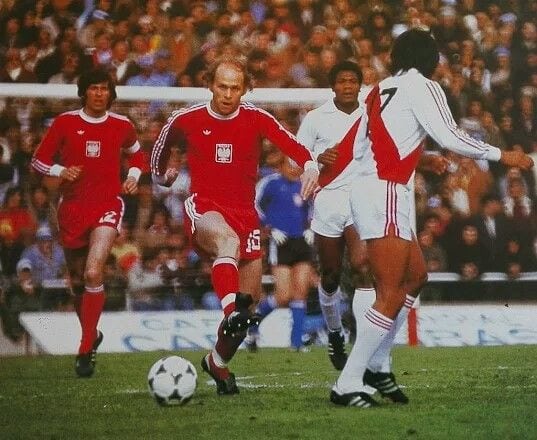 Poland came third in 1974, and that is largely because of Lato, who became a goal-scoring machine during the tournament. He scored twice against Argentina, and then Haiti, before scoring goals against Sweden, Yugoslavia and finally Brazil. 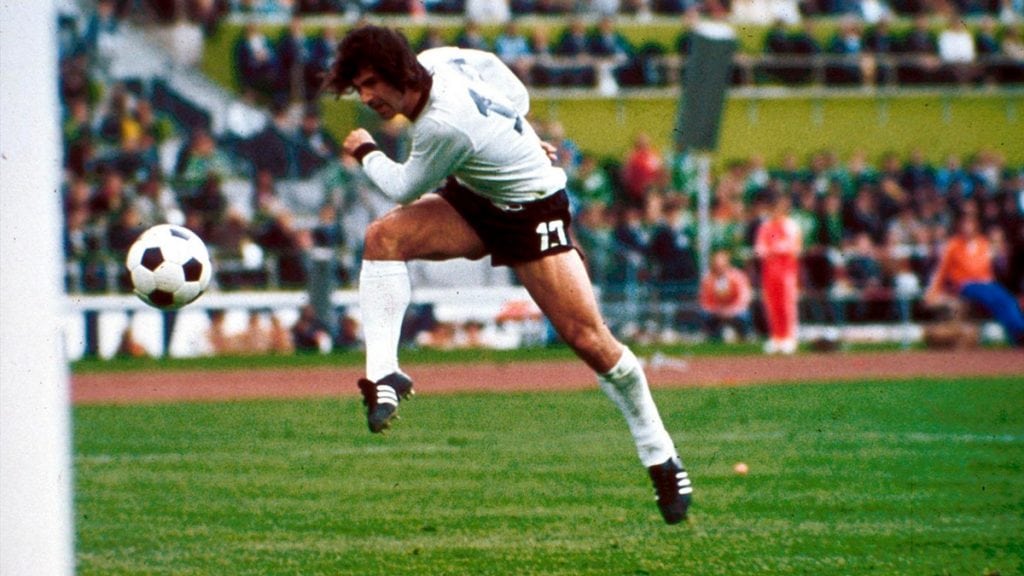 Arguably Germany‘s finest player ever, Muller was at his best in 1970. He started off by scoring a goal against Morocco to ensure a German victory, and then proceeded to hit two hat-tricks in a row against Bulgaria and Peru. He would score another decisive goal against England, and then two more in a 4-3 loss to Italy. 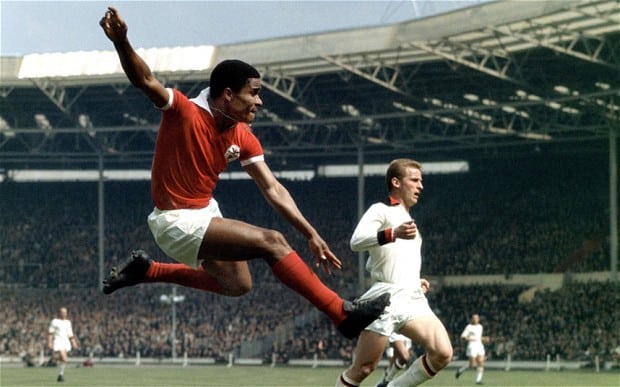 During the group stage, the Portuguese winger scored three, including two against Brazil to knock them out of the tournament. Four more followed against North Korea, and the one each against England and the Soviet Union. Portugal would come third. 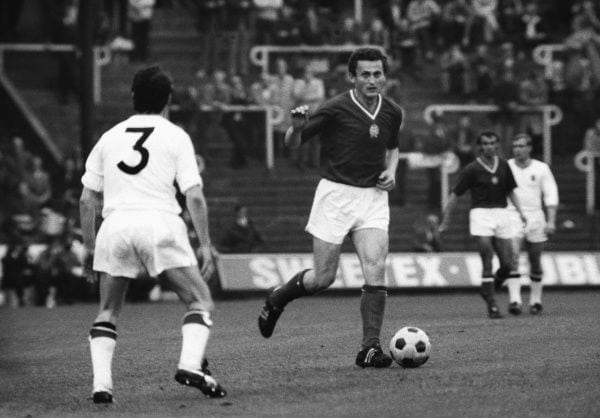 In terms of goalscoring numbers, no one player really differentiated themselves in 1962, with six players scoring four goals each. Interestingly, Garrincha and Vava didn’t score any during the group stages, instead all of theirs came during the quarters, semis, and final. 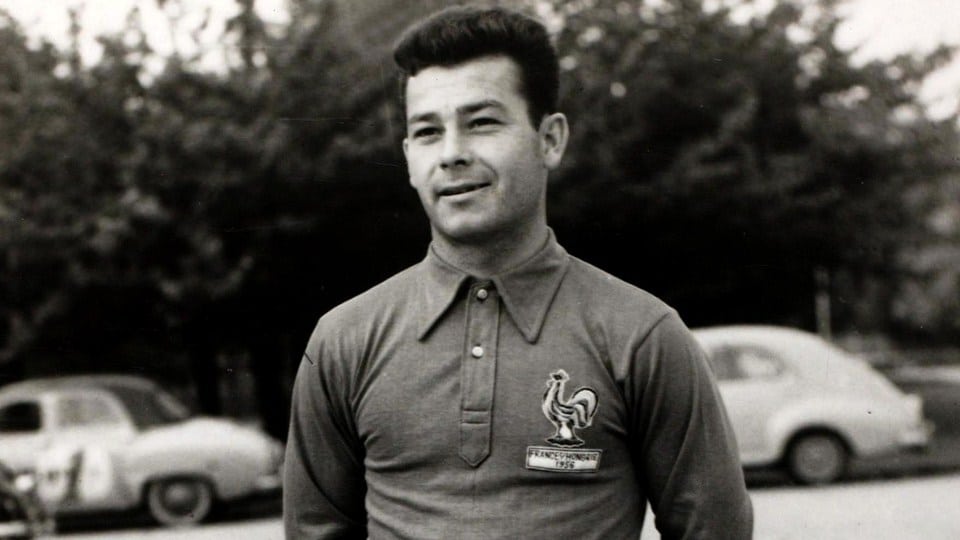 In sole possession of the record for most goals scored at a single World Cup, Fontaine was a genius at the 1958 tournament. A hat-trick in their opening game, followed by two against Yugoslavia, and one against Scotland, helped France top their group. Two more followed against Northern Ireland, one against a ridiculous Brazil side, and then four in the third place playoff game against Germany. 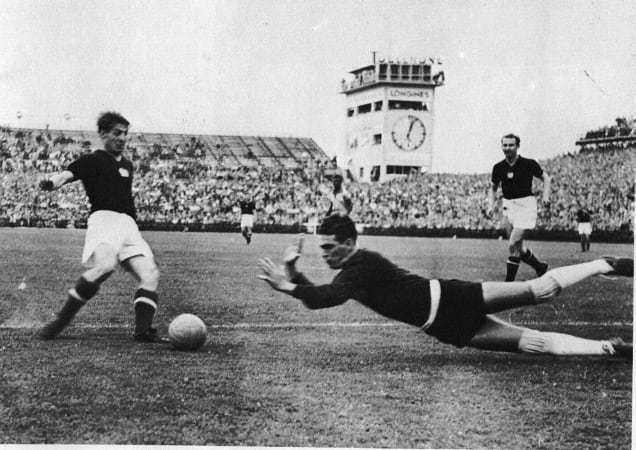 Chocks helped guide Hungary to a runners-up finish in 1954. He scored a hat-trick against South Korea, and then four in an 8-3 victory against West Germany. He then scored twice against Brazil, and twice again against Uruguay. He failed to score in the final. 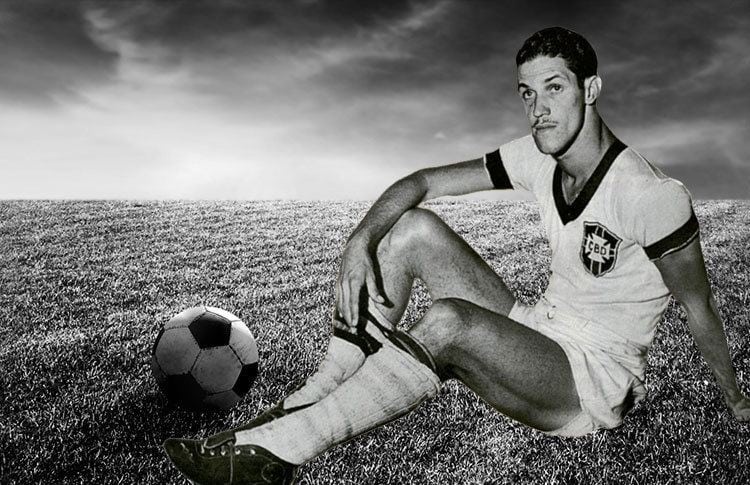 During the group stage, Ademir scored four times to help them top their group. Four more followed against Sweden, and then once more against Spain in a 6-1 win. Shockingly, Brazil didn’t win the tournament after losing 2-1 to Uruguay in front of nearly 200,000 people. 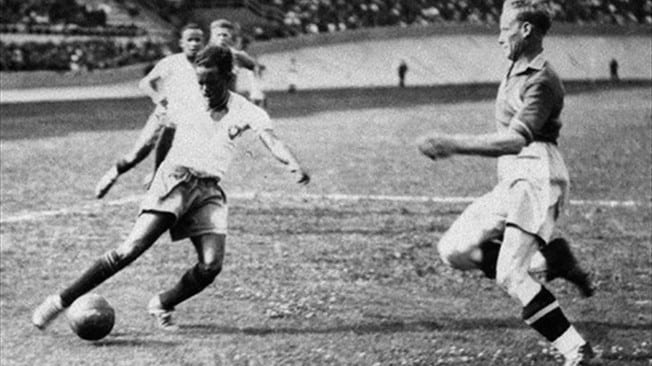 Leonidas started the tournament scoring three goals in a 6-5 victory against Poland. He scored in the first game against Czechoslovakia, and then again during the replay. He finally scored two against Sweden to secure a third place for Brazil. 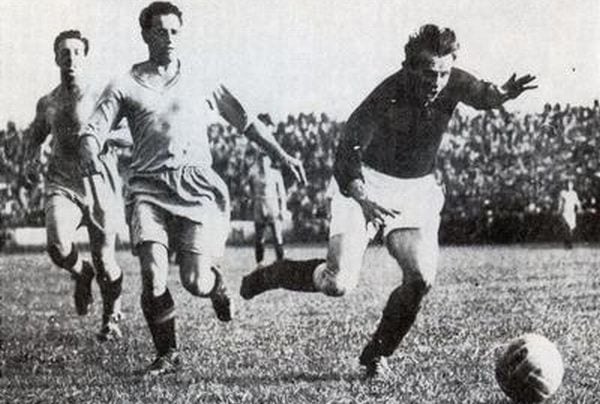 Nejedly scored once against Romania and Switzerland to get into the semi-finals. A hat-trick followed against Germany, but he couldn’t score in the final which meant Czechoslovakia had to be content with a runners-up finish. 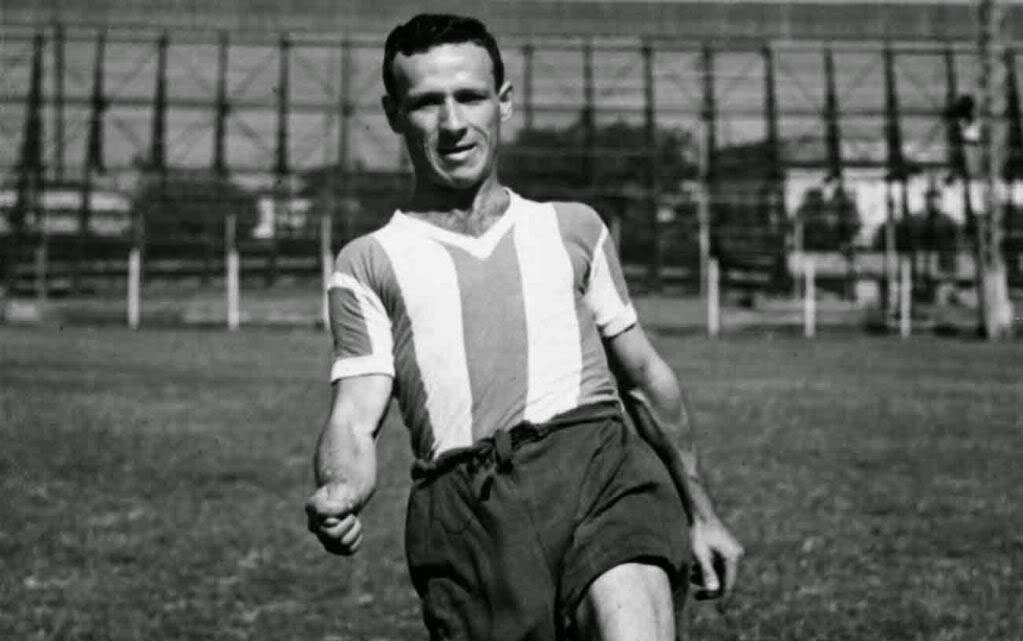 In the first World Cup, Guillermo Stabile was the top scorer, starting off with a hat-trick against Mexico, and then two against Chile three days later. In the semi-final against the USA he scored two more, and then scored one in the final against Uruguay. It wasn’t enough however, with Argentina losing 4-2.