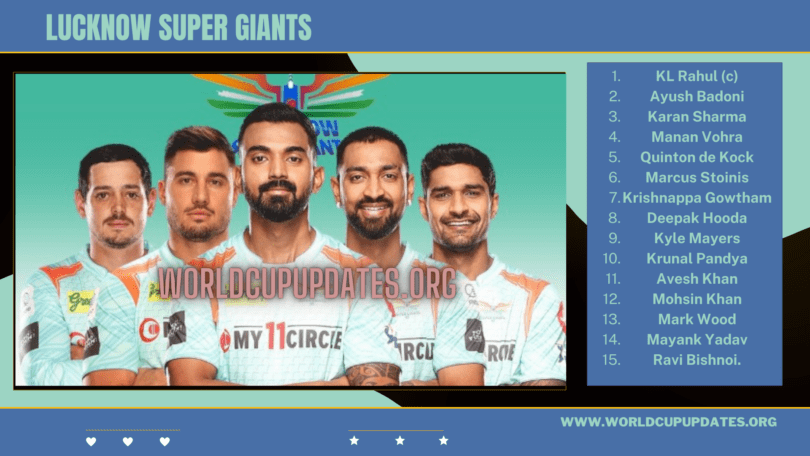 LSG or Lucknow Super Giants is a professional cricket team based in the city of Lucknow, India. The team was formed in 2021 and plays in the Indian Premier League (IPL), one of the world’s most prestigious Twenty20 cricket leagues. Led by captain KL Rahul, the Super Giants have quickly made a name for themselves as one of the top teams in the tournament.

The team’s success is largely due to its strong balance between experienced and talented young players. Notable members include seasoned veterans such as Quinton de Kock and Krunal Pandya, as well as up-and-coming stars like Ayush Badoni and Avesh Khan.

The team has also benefitted from a talented coaching staff led by head coach Andy Flower, who has been able to get the best out of each individual player on the roster. The team’s home ground is the iconic BRSABV Ekana Cricket Stadium.

Here is the full list of players bought by LSG at the IPL 2023 auction on Friday, December 23.

LSG PLAYERS RETAINED AHEAD OF THE 2023 AUCTION