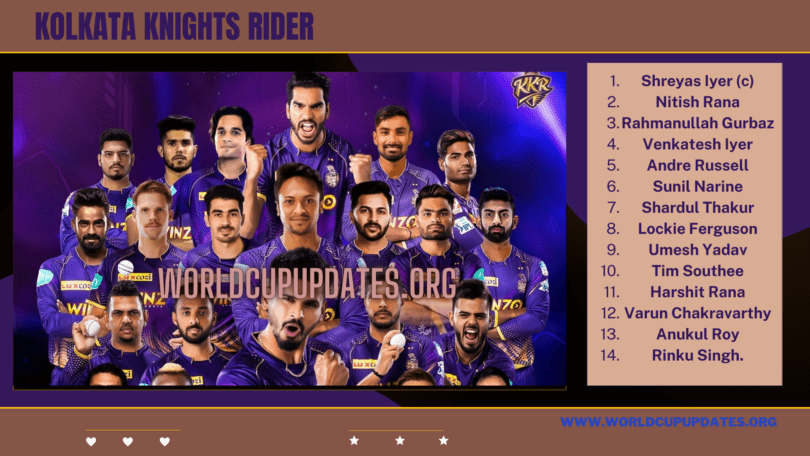 KKR also known as Kolkata Knight Riders is a cricket team based in Kolkata, West Bengal, India, that competes in the Indian Premier League (IPL). The team was founded in 2008 and is one of the original eight teams in the IPL. The team is currently captained by Shreyas Iyer, and coached by Chandrakant Pandit. KKR won the IPL twice in 2012 and 2014.

The team is known for its strong performances in the league and has a dedicated fanbase. The team’s home ground is the iconic Eden Gardens Stadium in Kolkata.

In the Indian Premier League, the Kolkata Knight Riders are among the most beloved teams. But, over the last decade, they have failed to live up to their fans’ expectations. Even big names like Andr Russell and Shreyas Iyer have been unable to do much for the team.

Here is the full list of players bought by KKR at the IPL 2023 auction on Friday, December 23.