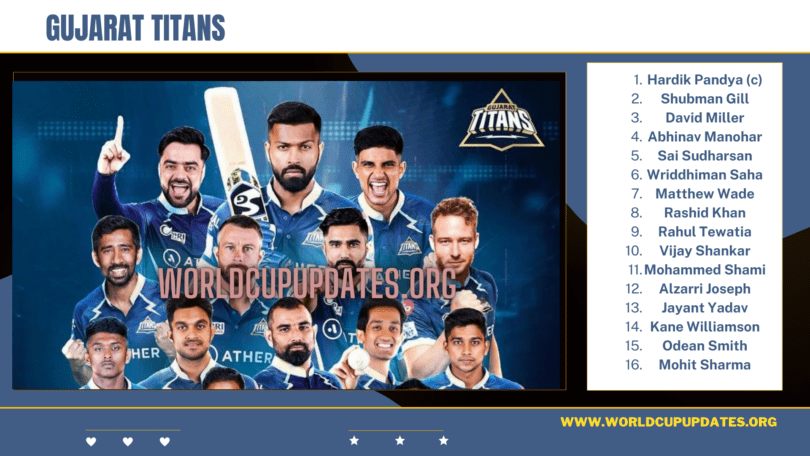 IPL Auction 2023: Gujarat Titans (GT) Full Squad For TATA IPL 2023, Team Players List. The Gujarat Titans (GT) led by captain Hardik Pandya became champions in their debut edition and delivered excellent resistance to their opponent. GT won 10 out of their 14 IPL matches, then qualified for the knockout rounds and after that, they managed to win the IPL trophy against Rajasthan Royals with some brilliant performance from the team. From Gill, Wridhhiman Saha, Hardik Pandya, and David Miller to Rashid and Shami, all players contributed equally to the Titans’ victory.

After winning the title in their very first season, many cricket fans will be rooting for the Gujarat Titans and expecting an exciting new season. Even the Titans’ management would be looking to secure their position and defend their title in the IPL 2023, so they are excited to add more strength to their roster.

Here is the full list of players bought by Gujarat Titans (GT) at the IPL 2023 auction in Kochi on Friday, December 23.