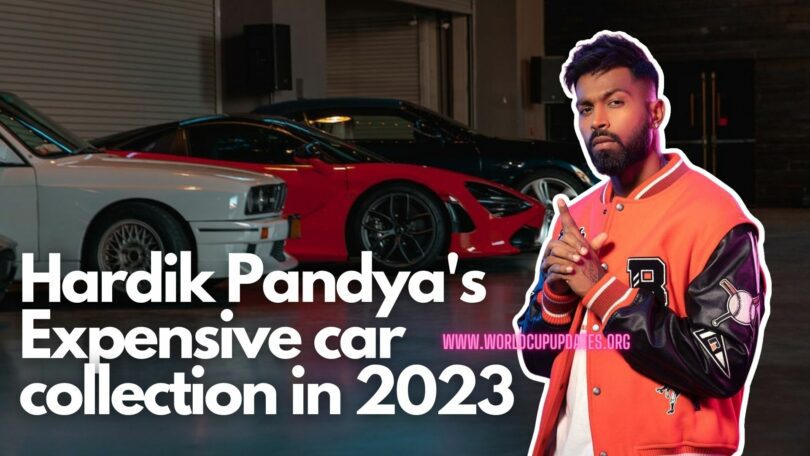 Hardik Pandya Car Collection: Hardik Pandya is an Indian cricketer who also plays for the Gujarat Titans IPL teams. Pandya made his debut for the Indian cricket team in 2016. He has also represented India in international tournaments such as World Cup 2019, Asia cup 2018 and 2022 and the Champions Trophy.

Pandya has been considered the Backbone of the Indian cricket team as he led India to victory from a point when the Indian top order crashed. The latest example is the match between India and Pakistan inT20 World Cup 2022, Where Pandya snaps the victory from Pakistan’s mouth.

Pandya is also a style freak, there are incidents when paparazzi found him in stunning attire. It’s fitting that one of India’s finest and most stylish cricketers, Hardik Pandya, drives a sleek Lamborghini through the streets of Baroda. Known for his lavish lifestyle, Hardik owes it to the big contracts he gets in IPL as well as the chain of brands he backs as well as his board salary. Hardik’s car collection is enviable and will make everyone’s mouth open.

Hardik and his brother Krunal gave their father, the late Himanshu Pandya a Jeep Compass worth 17 lacks. The 28-year-old player owns a Mini Clubman Cooper S worth about 41,00,000.

Hardik Pandya also owns a Range Rover. This SUV is a popular choice among celebrities. Many famous people in B city own Range Rovers. The ultimate luxury of this SUV coupled with outstanding performance makes it a popular choice among those looking for luxury alongside power. The Land Rover Range Rover is a large SUV worth every penny you pay! A 3.0 litre 6-cylinder engine powers this SUV under the hood and it will cost you around 1.82 Cr INR.

He is also said to own two Mercedes cars – G-wagon and Benz GLA which add up to around 3 Cr. An Audi A6 tagged 60 lakhs, is also parked in Pandya’s home auto showroom. Furthermore, the captain of the Gujarat Titans drives a stunning Range Rover Vogue estimated at 2.11 cores.

Most expensive car in Hardik Pandya car collection: Keep your jaws ready as they can drop when you know that the two most expensive cars in Hardik’s garage are the Lamborghini Huracan EVO (4.10 crores) and the Rolls Royce (Rs. 6.22 crores).