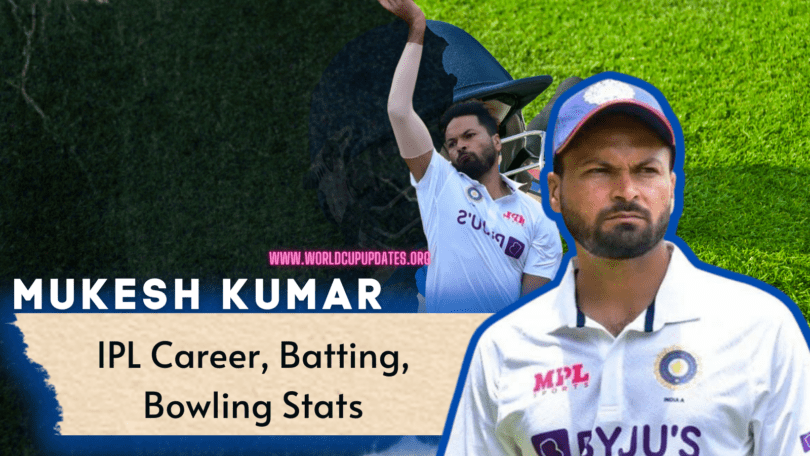 Indian pace bowler Mukesh Kumar said he was delighted that Delhi Capitals selected him in the Indian Premier League mini-auction, saying the team made him feel like part of the family even when he was a net bowler.

Who is Mukesh Kumar?

For three years, Mukesh prepared for entrance exams to join the Central Reserve Police (CRPF) and Bihar Police. He eventually passed the written exam in 2012 but was rejected due to health reasons. It was around this time that he seriously decided to switch to cricket.

Bihar did not qualify for India’s premier domestic competition. In other words, Mukesh had no way out of his hometown. He made a living as a hired tennis ball cricketer and entered tournaments with prize money sufficient for basic needs. But when he was involved in an accident during a tournament in Bihar, his father, who taxi driver in Kolkata since 2003, decided it was time to intervene and asked him to move to the city.

Mukesh initially went to the famous Kaligat club but returned. A club official told him that he would have to carry drinks for at least two years to get anywhere in the game.

After that Mukesh went to the Bani Niketan sports club. On his debut, Mukesh took 6 wickets in a Second Division match. The following year Mukesh moved to the first-division team. However, because his father’s health began to deteriorate, Mukesh was unable to play regularly.