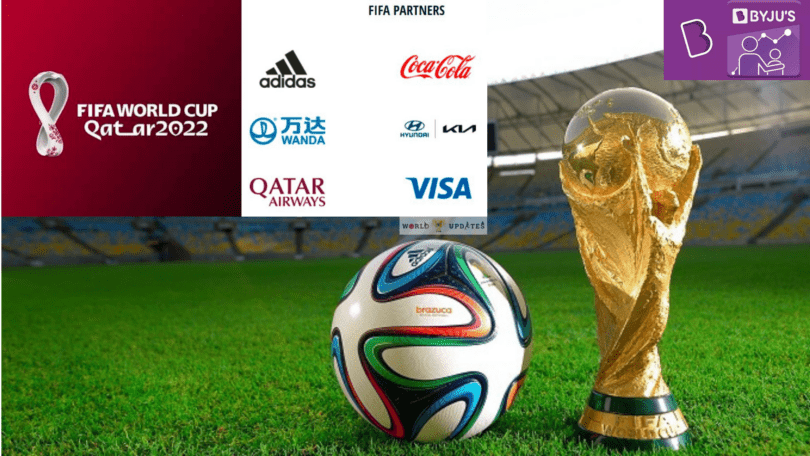 The world’s biggest ed-tech company is teaming up with its biggest single-sport event. On March 24, Bengaluru-based Byju’s was declared the official sponsor of the FIFA World Cup 2022 to be held in Qatar. Through this partnership, BYJU’S will leverage its rights to the FIFA World Cup 2022 marks, emblem, and assets, and run unique promotions to connect with passionate football fans around the world, the company said in a press release. It will also create engaging and creative content with educational messages.

FIFA has agreed a sponsorship deal with Crypto.com for the 2022 Qatar World Cup, soccer’s world governing body said in a statement on Tuesday. The Singapore-based company will be the exclusive cryptocurrency trading platform for the showpiece event in Qatar, which runs from Nov. 21 to Dec. 18. “Crypto.com has already demonstrated a commitment to supporting top-tier teams and leagues, major events and iconic venues across the world,” said Kay Madati, FIFA’s chief commercial officer.

Byju’s will get a global platform and visibility through this deal. From what I understand Byju’s would have paid at least $30-40 million for this deal. In a statement, Byju Raveendran, Byju’s founder and CEO, said: “It is a matter of pride for us to represent India on such a prestigious global stage and champion the integration of education and sport. Within a decade of its launch, the company has expanded to cater to a large student community globally – from K-12 and competitive exam preparation to early learning and coding to professional upskilling courses – with diverse offerings from Osmo, Tynker, Epic, Great Learning, Aakash, and Toppr.”

FIFA announced, on March 22, that the Singapore-based cryptocurrency trading platform Crypto.com will be an official sponsor of the 2022 FIFA World Cup that will take place in Qatar from 21 November to 18 December 2022.

FIFA’s Chief Commercial Officer Kay Madati commented, Crypto.com has already demonstrated a commitment to supporting top-tier teams and leagues, major events and iconic venues across the world, and there is no platform bigger, or with a greater reach and cultural impact, than FIFA’s global platform of football,

Kris Marszalek, co-founder and CEO of Crypto.com, added, We could not be more excited to sponsor the FIFA World Cup, one of the most prestigious tournaments in the world, and to drive further awareness of Crypto.com globally,

He further said, Through our partnership with FIFA, we continue to use our platform in innovative ways so that Crypto.com can power the future of world-class sports and fan experiences around the world. Crypto.com joins the likes of Adidas, Coca-Cola and Visa as official sponsors for the 2022 FIFA World Cup.