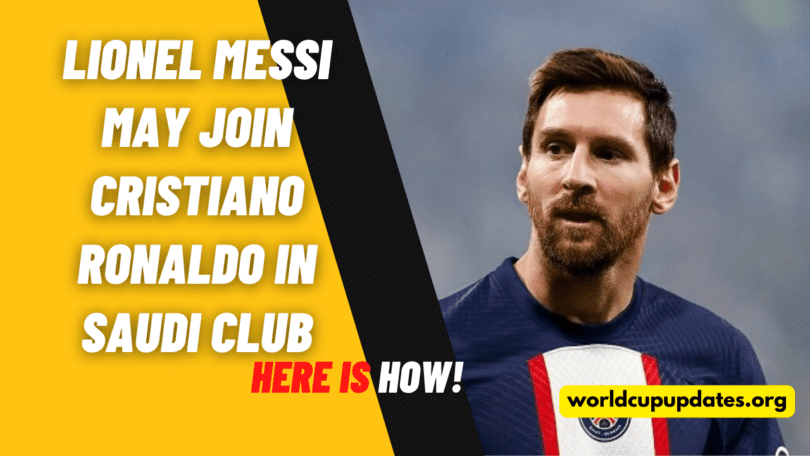 Lionel Messi May Join Cristiano Ronaldo in Saudi Club: Fans were pumped up when Cristiano Ronaldo made his debut for Al Nassr as the former Manchester United player was in vintage form during the match at the King Saud University Stadium in Riyadh.

Ronaldo’s cameo was much less successful than his entrance: he conceded a penalty kick that overturned his team’s early advantage. But Talisca’s first-half goal was enough to seal Al Nassr’s 1-0 victory over Ettifaq.

The midfielder headed the victory in the 31st minute after Abdulmajeed Al-Sulaiheem’s pass went too high for Ronaldo. This result puts Al Nassr at the top of the standings, one point ahead of the second-placed team, Al Hilal.

Ronaldo began his professional career in Saudi Arabia last week when PSG’s team played against the Saudi All-Stars XI comprised of players from Al-Hilal and Al-Nassr. PSG won the game 5-4, but Ronaldo scored two goals in the first half. Meanwhile, Lionel Messi also scored an early goal for his team.

Both the legends exchanged smiles and hugged each other in what is said to be their last game against each other.

Speaking to Marca, Alkassim said, “At the moment we do not know anything about a possible Lionel Messi arrival. Although I will not hide that, as the Saudi Federation, we would like to have him one day in the domestic league.”

“The idea of the Federation is always to improve football, and of course, we would like to see Cristiano Ronaldo and Messi in the same league again, but the truth is that we don’t know anything now”, Alkassim further added.

According to Jijantes, Lionel Messi has changed his mind and will no longer renew his contract with Paris Saint-Germain.

Now it seems as though Messi could follow in Ronaldo’s footsteps with the Secretary General of the Saudi Arabian Football Federation (SAFF), Ibrahim Alkassim, expecting Messi’s possible transfer. The attacker is also yet to sign a contract extension with PSG. Reportedly, Al Ittihad and Al Hilal are also interested in Messi’s transfer.