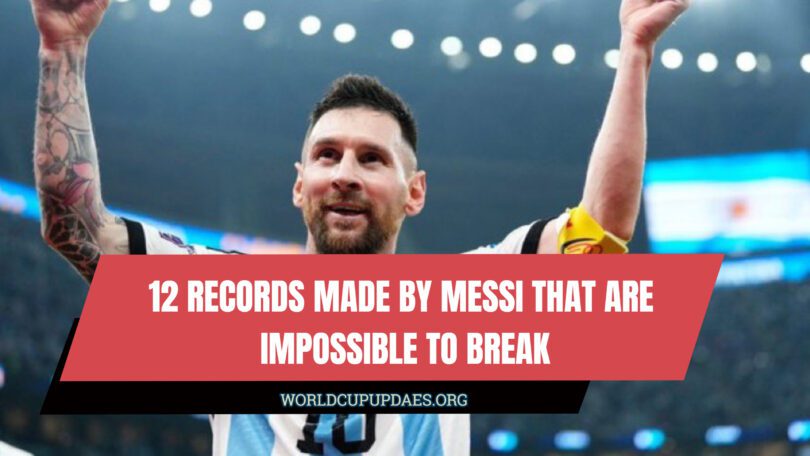 Lionel Messi is a wonder and a gift to humanity. The legendary soccer player is one of the best ever to be loved in the sport. Football fans are lucky to witness the magic trick. The path to greatness has not been easy for the Argentinian and he has achieved a number of important things along the way.

Whether it’s leading FC Barcelona to multiple trophies, scoring a record number of goals, winning a record number of Ballon d’Or or contributing to the Argentina national football team, Messi excels everywhere thanks to his talent. and his non-stop working speed. Messi is a brand in himself and millions of fans around the world love him and cheer him on every time he steps on the pitch.

Lionel Messi has had a long career and continues to mesmerize the crowd with his prodigiousness. He’s set so many records on the road that it’s almost impossible to beat. Here’s the perfect opportunity to take a look at Messi’s top 12 unbeaten records: