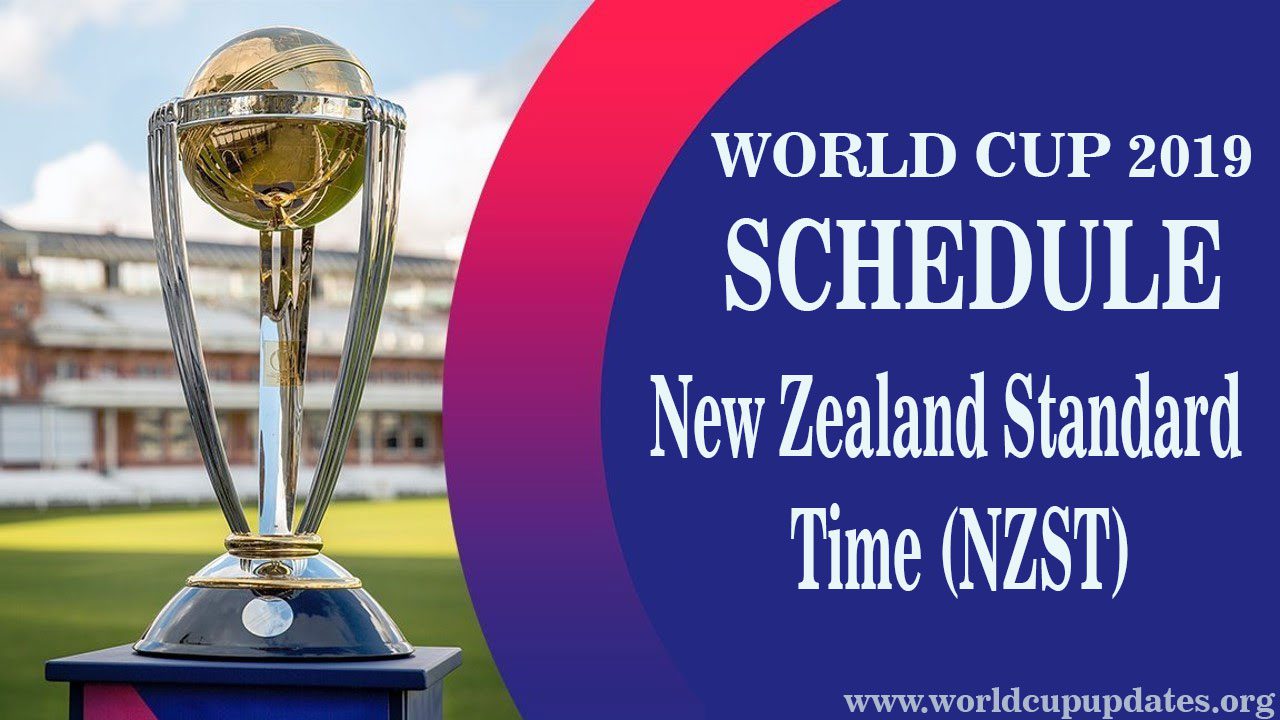 Kiwis have so far participated in all 11 ODI cricket world cup events and are yet to win. They have been one the strongest team in the word and their best performance in the world cup 2015 was the second spot with Australia winning the tournament.

Like previous events, this time also the New Zealand team will also be taking part. Kiwi fans will definitely love to cheer their team.

Matches are being played in England and Wales which operated in British Summer Time which is 11 hours behind New Zealand standard time (NZST) for all matches. That is a huge time difference which can affect the daily schedule.

For Kiwi fans, we have compiled the Complete Match Schedule of 2019 ICC Cricket World Cup in New Zealand Standard Time (NZST). This list includes all the 48 matches so that you can plan your routine and enjoy matches in live action.

As per the New Zealand Standard Time, the opening match of the Cricket World Cup 2019 will be played on May 30, 2019, at 9:30 PM played between South Africa and England at The Oval.