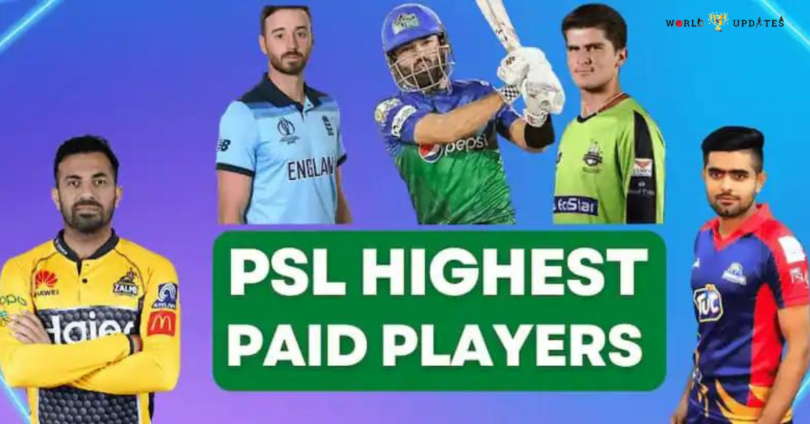 The Pakistan Super League, also known as the PSL, is a seasonal T20 competition that only takes place in February and March.

There’s always a lot of comparison between IPL and PSL. While top players usually get a million-dollar salary in the IPL, you must have some questions in your mind about who is the most expensive player in PSL 2023?

There were five categories in the PSL 2023 draft. Players were divided into all these categories and every player in a category will get the same amount of money. Let’s talk about each category in detail.

Every year, the Pakistan Super League has player selections during which domestic and foreign professionals are given off to multiple teams. So here is the catch.

To PSL professionals, PCB grants five distinct kinds of contractual agreements, which are as follows.

Here are PSL 8 most expensive players:

Diamond is the second most expensive category in PSL. Each player gets $85,000 USD (PKR 1.5 crore) in this category. In the diamond category, every franchise can pick up to three players but Multan Sultans and Quetta Gladiators got one additional in PSL Mini Draft. After platinum, this is the most premium category in the Pakistan Super League. A total of 20 players including star bowlers Muhammad Amir and Shadab Khan have been selected in this category.

Here is the PSL 8 Diamond players list and their salaries:

Here are the Gold category players of PSL 8 and their salaries:

Here are the Silver category players of PSL 2023 and their salaries:

Emerging is the last and least expensive category of the 2023 PSL. Every player in this category gets $7,500 USD (PKR 13.2 lac). This category is created to bring the rising talent of Pakistan to international platforms and to give them more opportunities. According to the PSL 2023 draft rule, each franchise must pick at least two players from this category. Sixteen players have been selected in this category.

Here are the Emerging Players of PSL 2023 and their salaries:

In February and March, Pakistan sponsors the annual Twenty20 tournament known as the Pakistan Super League (PSL). The PSL, like the IPL, features foreign players in franchise-based teams. Each player who belongs to a particular category is highly regarded and paid differently.