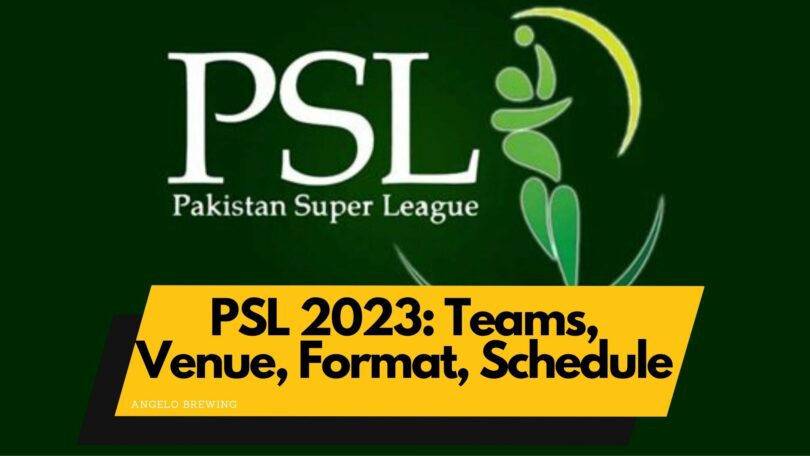 PSL 2023: Teams, Venue, Format, Schedule, Broadcasters, And Everything You Need To Know about PSL.  Pakistan Super League is a Twenty20 cricket league started in 2016 by the PCB (Pakistan cricket board). The 8th edition of the Pakistan Cricket League will take commence on 15th February 2023 and conclude on 31st March 2023. All the matches PSL will be hosted within the country in their different stadiums. Initially, the tournament had 5 teams, and later in 2018, Multan Sultans was included in the league to make it a 6 team tournament.

Follow us on Google News for the latest Cricket Updates

The Pakistan Cricket League consists of 6 teams who fight with each other to lift the precious trophy. Here is the list of the teams and Captains of PSL 2023:

The 8th edition of  PSL (Pakistan Super League) will be on the same lines as the last one. Each team will play 2 games in the double-robin round system. Including semi-finals, Quarter-finals and finals there are a total of 34 games that will take place. Here are the venue details for PSL 2023:

PSL 2023 schedule is yet to be announced officially by the PCB. Going by the different media sources, the first match of PSL will take place on 15th February 2023, and the final will be conducted on 19th March 2023. We will update you with the PSL 2023 schedule as soon as the announcement is made.

Take a look at the assumed timetable of the PSL opening ceremony 2023:

For Indian PSL lovers, you can watch the live streaming of PSL 2023 on Sony Sports networks. This includes both tv channels and the OTT platform Sony Liv.

There are a lot of global partners who have the Live Streaming Rights of PSL 2023 matches in their country, the list is mentioned below:

The list of winners and runner-ups of all PSL seasons: