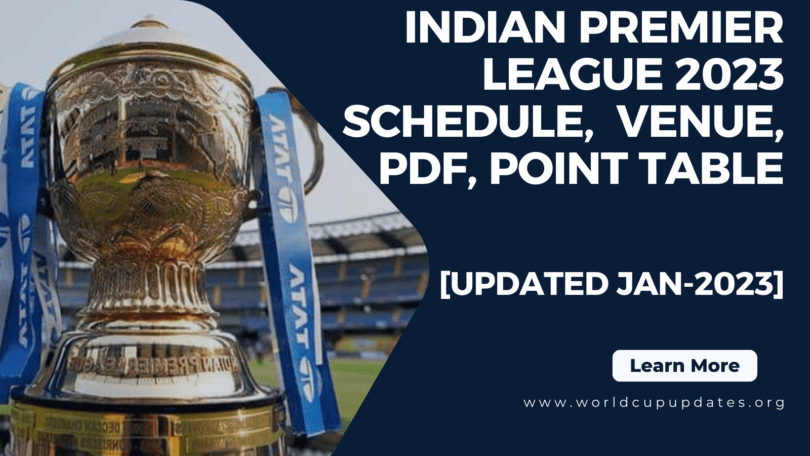 IPL 2023 Time-table: This is assumed that the league may start on 4th April 2023 and run until 26th May 2023. It is not currently clear about the fixed IPL 2023 Time table for the 2023 season. The teams are determined through a player auction process and the composition of the teams can change from year to year.

The IPL is known for its high-scoring matches and high-profile players. It is a popular event for cricket fans in India and around the world.

The league was founded by the Board of Control for Cricket in India (BCCI) in 2007.
Here is a list of the teams that have won the IPL title:

IPL 2023 Time table: Please Note that the below table has been created on the assumption and data gathered from different sources. There are no official announcements made by the officials.

The IPL 2023 Squad List: The small auction for the 2023 Indian Premier League (IPL) season ended after a record-breaking day in Kochi on Friday. 10 IPL franchises have combined to spend INR 167 crore to sign 80 players, 29 of them overseas.

England all-around cricketer Sam Curran became the most expensive player of all time. He breaks the record when the Punjab Kings put him in for a whopping 18.50 crore INR.