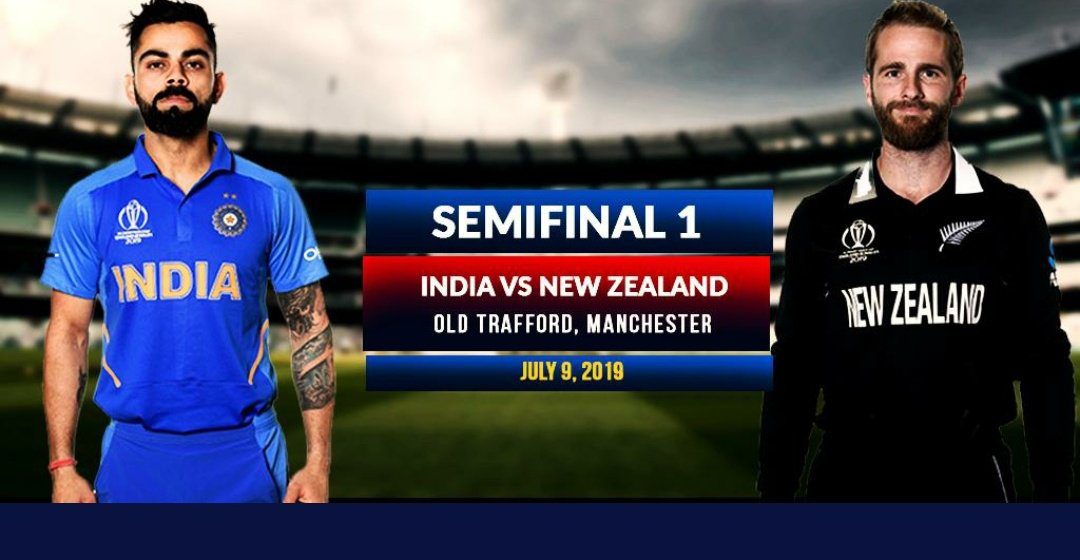 India is all set to take on New Zealand in the 1st Semi Final match for ICC Cricket World Cup 2019. Before this match, India defeated Sri Lanka by seven wickets in the 44th match and finished at the top place on the points table with fifteen points. Whereas,  New Zealand lost 41st match against England by 119 runs and came fourth in the group stage with eleven points. Now, the 1st Semi Final match India vs New Zealand will be held at Emirates Old Trafford, Manchester on 9th July 2019.

Finally, the moment has come for which Indian fans eagerly waiting for. As, India gears up to battle against New Zealand in the first semi final match. But, before we head into this big game, lets take a look on the India team stats in CWC 2019 so far. India played nine matches in the group stage and won seven of these games. As a result, India finished at the first place with fifteen points in the group stage.

Now, India is few games away from retaking the world cup title. If they defeat New Zealand in this match, they will get to the ICC Cricket World Cup 2019 finals.

Whereas, New Zealand took a zigzag path in their campaign to ICC World Cup 2019. They engaged in a total of nine matches and won five of these games with three defeats. As a result, they held the fourth slot on the points table at the end of group stage. However, its now knockout stage and if they loose this match, they will be kicked out of CWC 2019 title race.

India has a poor record against New Zealand in ODIs and World Cups, so it will be interesting to see how these two teams go on against each other in this match.

India will win this match. They did a fantastic job in the group stage by finishing first and now the time has come for them to qualify for the CWC 2019 finals. New Zealand will be ans easy target for them. Moreover, with Rohit Sharma and Virat Kohli in form, India can easily beat New Zealand.

On the other side, New Zealand will be looking forward to win this match. Kane Williamson has carried the burden of battling line up for New Zealand till now, but it can not last for long. Someone from the top and middle order must also take responsibility along with the skipper. All in all, this is going to be an epic semi final match for the cricket fans around the globe.

New Zealand will win the toss. They might look to bat first, or invite India to play the first innings. Albeit, toss will play a vital role in the victory of the winning side. As. team winning toss can best use the pitch and weather conditions to their advantage.