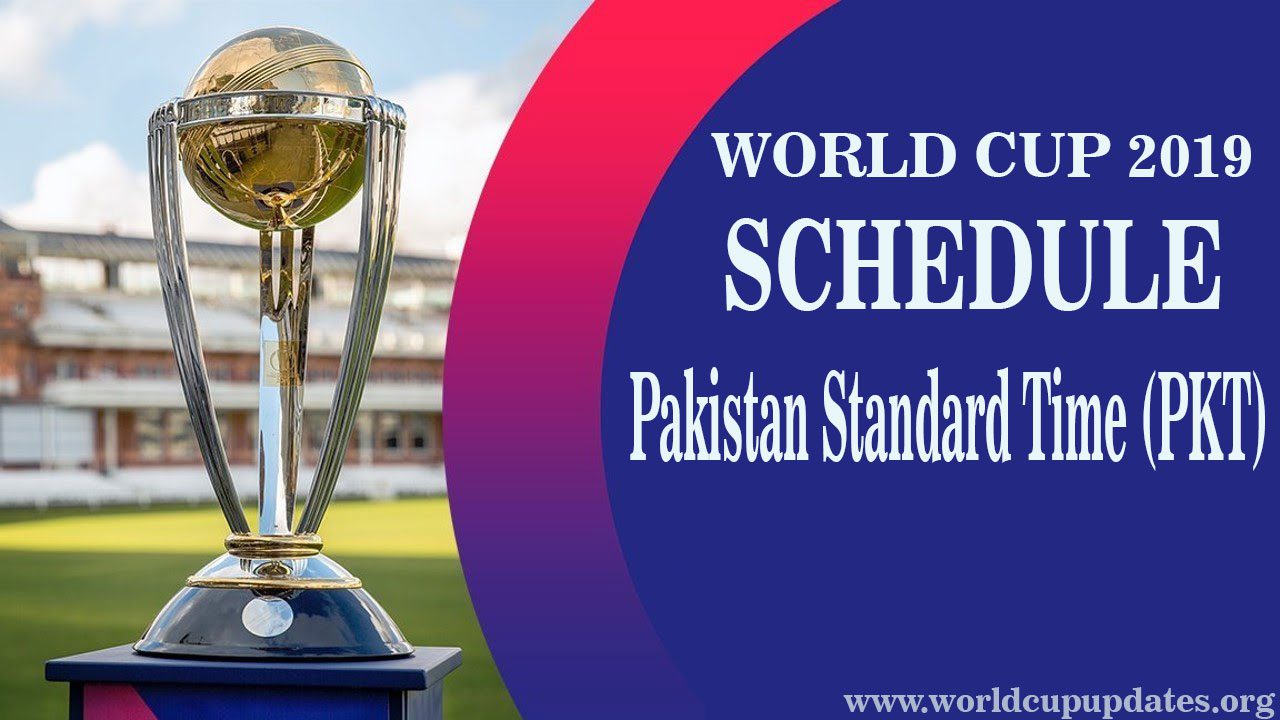 We There were many requests from the fans for providing ICC Cricket World Cup 2019 in Pakistan Standard Time or popularly know as PKT and so here we are with that.

A total of 48 matches will be played on 11 venues. Pakistan has been one of the most popular participants of the cricket world cup events.

Pakistan cricket fans will definitely love to cheer their team. Matches are being played in England and Wales which operated in British Summer Time which is 5 hours behind Pakistan standard time (PKT) for all matches.

That is a huge time difference which can affect the daily schedule. Being a cricket loving country, match schedule timing in Pakistan standard time (PKT) is highly requested.

We have compiled all the match schedules (48 matches in all) for Pakistani cricket fans living in their native country. We have converted all the matches ahead by UTC+5:00 hours so that they match with PKT. Now you can plan your routine as per the given time so as to enjoy live match updates.

Pakistan national team will begin their world cup journey against West Indies on May 31 at 2:30 PM PKT. The most awaited match, India vs Pakistan will be played on June 16, 2019 (2:30 PM Pakistani Time) at Old Trafford in Manchester.

You can download it in PDF or share with your friends, family and relatives to enjoy together.