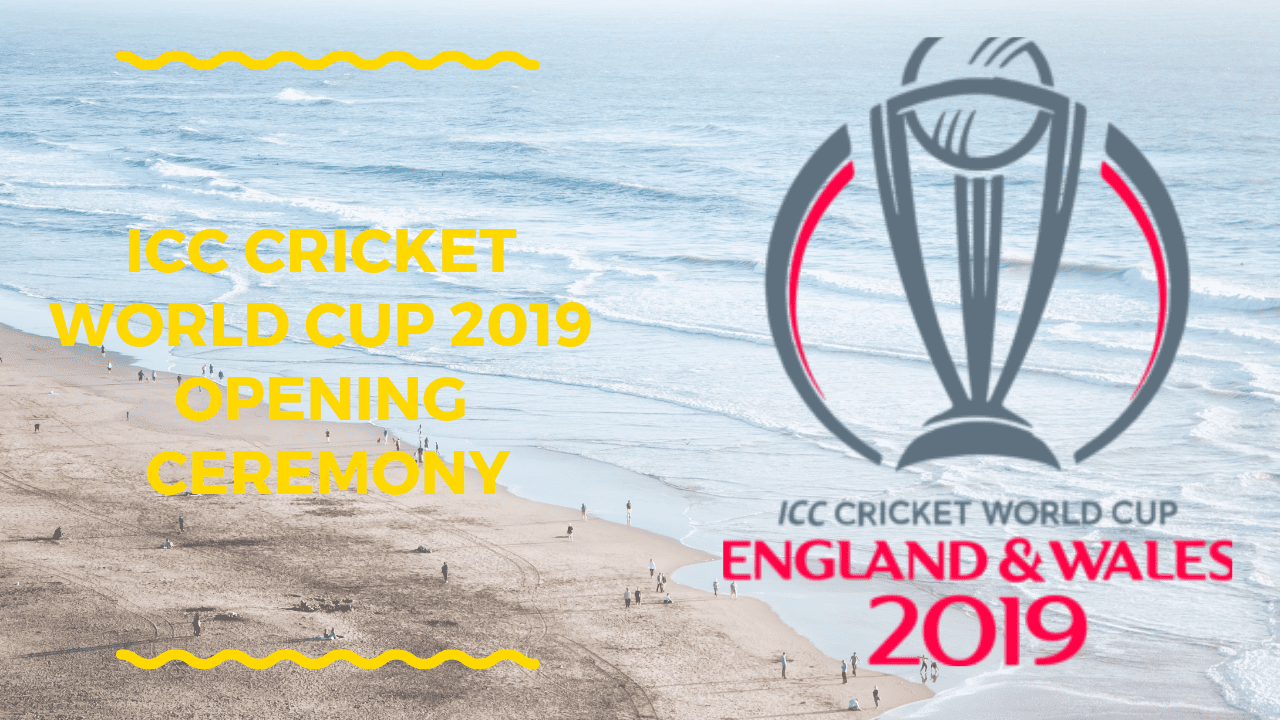 ICC Cricket World Cup 2019 Opening Ceremony Will happen on 29th of may that is tomorrow with the grand opening Party in style.

The last entry for the ticket holder of Cricket world cup 2019 opening ceremony will be at 4:45PM

The Cricket Fans of their respective nations will also be able to watch Opening ceremony party on TV channels around the world and follow on Cricket World Cup 2019 digital channels.

The Opening Party will feature a live global TV broadcast between 5-6 pm BST and a select group of lucky fans will attend the event to enjoy live music, sport and entertainment.

4,000 fans and a global live broadcast audience will be treated to a music and sporting spectacular on 29th May in what will be the most celebrated start to a Cricket World Cup ever.

The ‘not-to-be-missed’ live broadcast Opening Party will be a mix of awesome music, ethnic dance and some of the biggest names in sports with a winner takes all sporting competition. The glittering event organised in partnership with The Royal Parks within the backdrop of Buckingham Palace, will be live broadcast around the world between 5-6 pm British Summer Time with an audience of spectators at the ticket only event.

Where will the ICC Cricket World Cup 2019 opening ceremony be held?

The ICC Cricket World Cup 2019 opening ceremony will take place at The Mall, in the City of Westminster, Central London on Wednesday, May 29.

What TV channel and live stream is the ICC Cricket World Cup 2019 opening ceremony on?

Where can I check the online live updates of the ICC Cricket World Cup 2019 opening ceremony?

Where can I watch ICC Cricket World Cup 2019 opening ceremony?

The Opening ceremony will be shown on the Star Sports TV network, Doordarshan and can also be streamed on hotstar.com.

Fans around the world will get to enjoy the Opening Party too. It will be broadcast live across multiple territories taking the official opening of cricket’s 50-over pinnacle event to homes and communities of millions of global cricket fans.

“The luxurious Mall, with Buckingham Palace in the background of the party, is synonymous with some of the biggest events held in the United Kingdom and is instantly fascinating to everyone around the world of cricket. It will be a huge celebration party of cricket World Cup 2019, this represents that cricket and sport with diversity at its core.”

Steve Elworthy, Managing Director at ICC Men’s Cricket World Cup 2019, said: “The Opening Party will capture the very essence of what makes this tournament so special and will be hugely exciting for the fans that are lucky enough to attend but also across broadcast we will show the world what they have to look forward to over the next 45 days of cricket action.

Alun Mainwaring, Head of Events and Filming at The Royal Parks, said: “The ICC Men’s Cricket World Cup Opening Party will be a unique and spectacular way to kick off this incredible tournament.

“Millions of people around the world will be watching the excitement unfold in central London and we are honored to be a part of it.”

The ICC is desperate to avoid the kind of opening ceremony that took place 20 years ago at the Lord’s when England last hosted the tournament. At that time, the then UK Prime Minister Tony Blair had given a speech that could not be heard due to a broken microphone. Rain had played spoilsport too as the tournament went off to an unimpressive start.

Team England and Team South Africa will lock horns in the tournament-opener match on May 30 at The Oval in London. The tournament will continue for 45 days with 48 matches to be played in total. India will start their world cup journey against the Proteas on June 5. The format for the 2019 edition will see 10 best teams in the world going head-to-head in a round-robin format. The tournament will culminate with the fifth final at the iconic Lord’s Cricket Ground on July 14.

Where – On The Mall, by Buckingham Palace in central London

What to expect from the first match – It’s a surprise! All we can promise is a night to remember that cricket fans and non-cricket fans alike will enjoy. There will be entertainment for all ages and expect some famous faces to help get the party started.

Here are a few things to know about the ICC World Cup 2019 Opening Ceremony: 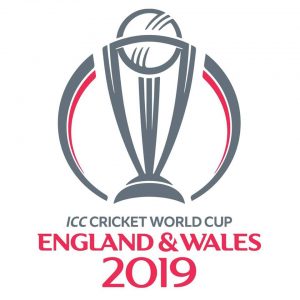 The speculations for the cricket world Cup 2019 Logo are currently in progress. ICC is yet to reveal the official logo for Cricket World Cup 2019.

Many of us believe that the logo has been revealed. Still, we have confusion that what will be the official logo for CWC 2019. Here are the two designs that are coming up for the ICC Cricket World Cup 2019 Official Emblem.

If you don’t want to go to the stadium, nothing to worry about, you can still enjoy the great event at your home or office with live streaming the same online.

Star Sports have taken the official broadcasting rights for the 2019 ICC Cricket World Cup. Below is the list of the online broadcaster in different countries: –