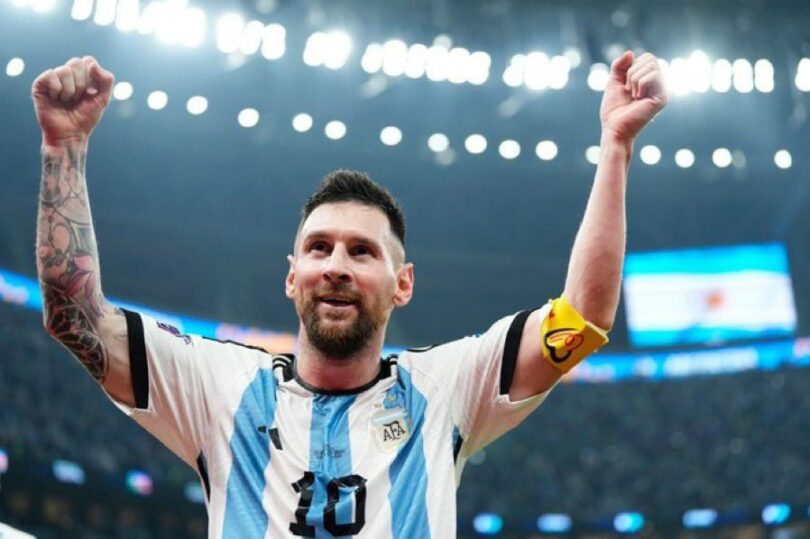 Messi is aiming to lift the first FIFA World Cup trophy of his outstanding career as Argentina plays in the sixth final in the tournament’s history. Meanwhile, France aims to become the third country in a row to win the World Cup, joining Brazil and Italy.

Messi has been in top form in the tournament and played a key role to reach the final. The 35-year-old played the 1000th game of his career when Argentina met Australia in the round of 16. He and French player Kylian Mbappe are currently the tournament’s top scorers. Messi will aim for incredible records on Sunday’s final and we’ve listed them here.

Messi has won 16 matches at the FIFA World Cup tournaments he participated in. If Argentina wins the final, it will be his 17th victory, making him the biggest winner in the world. Cup matches. Currently, the German legend Miroslav Klose holds the record with 17 World Cup championships in his career.

2. Most appearances at the World Cup:

If Messi appears in Sunday’s final, he will become the player with the most appearances at the World Cup, surpassing Germany’s Lothar Matthaus (25 times).

3. Most minutes played in World Cup:

Italian legend, Paolo Maldini, played the most minutes in World Cup history: 2,217. Only 23 minutes is the difference between the two.

4. Most assists at World Cup:

Messi has made 9 assists in World Cup matches so far. Currently, Brazilian legend Pele is at the top with 10 assists. If Messi helps his teammates score at least 2 goals in the final, he will set a record.

The Argentine striker received the Ballon d’Or at the 2014 World Cup. The Ballon d’Or was awarded to the most versatile player at a World Cup. Messi is also one of the candidates to be honoured this time. If he wins the coveted award, he will become the first player to win two ‘Golden Balls’.

Besides the Golden Ball, there is another prize, the Golden Shoe awarded to the top scorer of a World Cup.

Since Messi and Mbappe are the top scorers in this edition with 5 each, the former can also overtake Mbappe and win the Golden Boot.