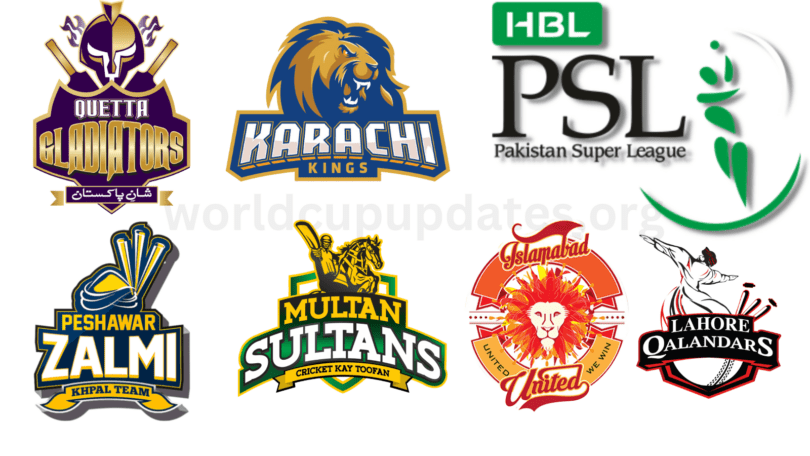 PSL 2023 Squads: Pakistan Super League is a Twenty20 cricket league started in 2016 by the PCB (Pakistan cricket board). The 8th edition of the Pakistan Cricket League will take commence on 15th February 2023 and conclude on 31st March 2023. All the matches PSL will be hosted within the country in their different stadiums.

Initially, the tournament had 5 teams, and later in 2018, Multan Sultans was included in the league to make it a 6 team tournament.

The 8th season of the Pakistan Super League will be commenced in 2023, with six franchises participating in the tournament. Islamabad United Multan Sultans, Karachi Kings, Lahore Qalandars, Quetta Gladiators, and Peshawar Zalmi.

Islamabad United are the most successful team in the history of PSL, they have won two titles and are also the first champions of the league. However, after back-to-back defeats in the second eliminator for two consecutive seasons, they are back with a shuffled squad.

Karachi Kings is one of the PSL teams that has somehow managed to win a title in 2020. Karachi Kings are not a very successful franchise, in the last season the team failed in the group stage. The team is currently captained by Imad Wasim and coached by Dean Jones.

Lahore Qalandars has a nice track record in the Pakistan Super League (PSL). Qalandars finished as runner-ups in the year 2020 and then came back stronger winning the 2022 edition of PSL. The defending champions will surely try to defend their Title. Let’s have a look at their squad.

Multan sultans are one of the two teams that were introduced later in PSL in the year 2018, First, two years didn’t go well for Multan Sultan, In 2020 they entered the semi-finals for the first time and ended up in 3rd position. In the very next year the team became the champions of PSL in 2021.

In 2022 the defending champions managed to reach the finals but faced defeat at the hands of Lahore Qalandars. The team is currently captained by Mohammad Rizwan and coached by Andy Flower.

Peshawar Zalmi is probably the most successful team in the history of the Pakistan Super League, the only team that reached four finals. The team is currently captained by Babar Azam who is also the captain of the Pakistan National team.

The gladiators made a strong start in the initial seasons of the Pakistan Super League and ended as runner-ups in 2016 and 2017 later winning the PSL Title it year 2019. However, in the last three seasons, the performance of the team has degraded miserably.