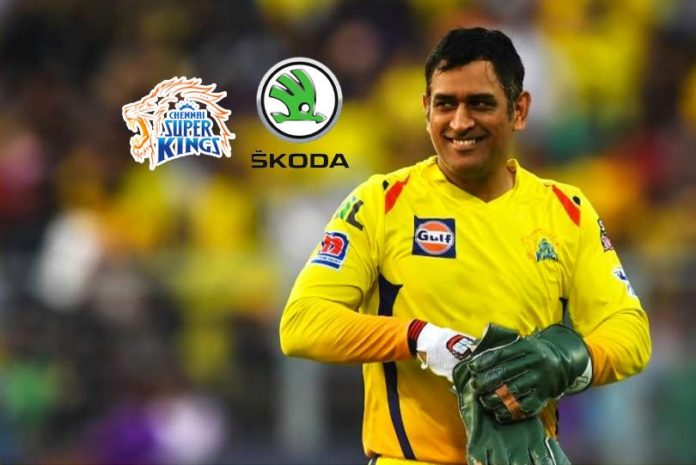 IPL 2021 – Chennai Super Kings (CSK) gets new Title Sponsor: In the 14th edition of the Indian Premier League (IPL 2021), MS Dhoni’s Chennai Super Kings will spot new TITLE Sponsor Logo on their yellow jersey. The Chennai based franchise has ended its three-year association with Muthoot Group and has roped in Czech automobile manufacturer Škoda as their principal sponsor for the upcoming season of the cash-rich league. According to the information available with InsideSport, the deal has been signed and will be made official soon.

Despite give dismal performance in the IPL 2020, CSK has managed to up the ante for their title sponsorship.

As per InsideSport understanding, the earlier 3 deal with Muthoot was worth 65Cr for the period. InsideSport tried reaching out to management from both CSK and sponsor but could not get official comment on the relationship. The sources in CSK informed InsideSport that deal will be officially announced soon.

Before, Muthoot, Aircel, which was an India-based mobile network operator headquartered in Mumbai, was the principal sponsor of the three-time champions between 2008 and 2015.

Significantly, Škoda Auto India Pvt Ltd. has been operating in India since November 2001 as a subsidiary of Škoda Auto, one of the fastest growing car manufacturers in Europe.

All you need to know about Chennai Super Kings’ list of released and retained players, remaining purse here: