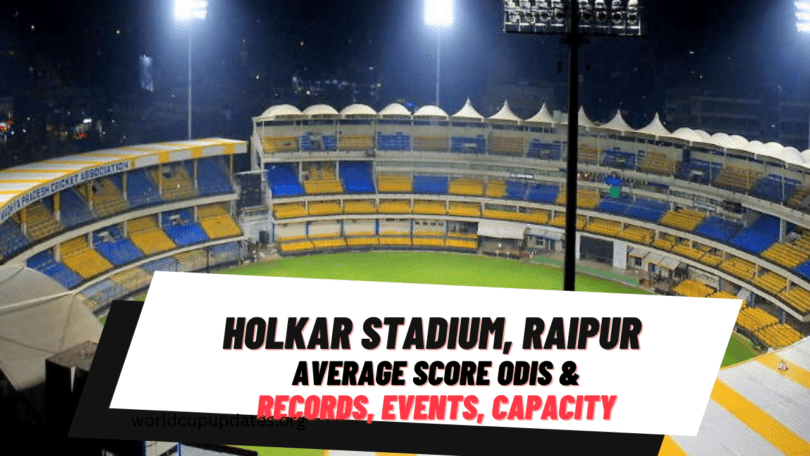 India vs New Zealand (Ind vs NZ) 3rd ODI match is going to be held on 24th of January 2023 in Holkar Stadium. Let’s Know more about Holkar Stadium. Holkar Stadium is a cricket ground in India located in the city of Indore. It was established in 1990 and has since been the home to several national and international matches.

The stadium is named after Maharani Ahilyabai Holkar, who ruled over the Malwa region in 1767-1795, and whose patronage helped to transform Indore into a major industrial centre.

Holkar Stadium ODI Average Score: The Stadium can be considered as a paradise for batsmen, with the first innings Average score of 307 in the Five ODIs that were played here. In December 2011 Virender Sehwag has smashed 219 in 149 balls here against West Indies, which is still the highest individual score on the ground.

Overall, across the 5 ODIs at the Holkar Stadium from 2006-2017, the average score at this venue is 285.5 for both innings. However, it is the pitch is a batsmen paradise, with the smaller boundary dimensions coupled with a quick outfield further facilitating run-making.

Holkar Cricket Stadium is located in Indore, Madhya Pradesh, India. Indore has a humid subtropical climate, with hot and dry summers, and cool and dry winters. The temperature in Indore ranges from lows of 10 degrees Celsius in winter up to about 44 degrees Celsius in summer.