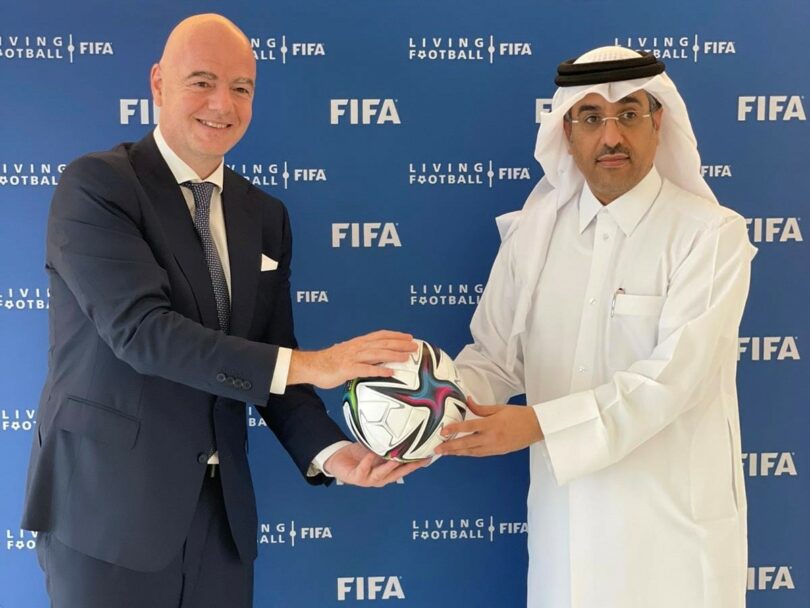 Since 2017, the Qatari government has introduced reforms focused on improving conditions for migrant workers.

The talks took place Tuesday at a meeting with Qatar Labor Minister Dr work welfare in the Gulf State.

With the FIFA World Cup Qatar 2022 taking place in less than 250 days, Infantino written down “I am pleased with the strong commitment of the Qatari authorities to ensure that reforms are fully implemented across the labor market, leave a lasting legacy of the FIFA World Cup long after the event and benefit migrant workers in the host country in the long term.”

Discussions focused on progress made so far on workers’ welfare and labor rights since the tournament was awarded to Qatar in 2010, as well as the remaining work that needs to be done to ensure a “lasting social legacy of football’s flagship”. event in the host country” FIFA called.

“Challenges remain, as in many other countries around the world, but the progress made in the recent past is undeniable, as is the commitment to bringing about positive social change,” Infantino added.

Qatar and its migrant worker concerns

In 2021 by Amnesty International Reality check 2021 report called out FIFA regarding the concerns about workers’ rights in Qatar, urging the sporting institution to use its influence with the relevant Qatari authorities to rectify the situation migrant workers in Qatar and call on it to live up to its international human rights responsibilities.

Amnesty International stated: “While FIFA may not be directly associated with human rights abuses in service sectors operating outside of FIFA-accredited World Cup host cities, it still has a responsibility to mitigate human rights risks arising from increased business in those related ones Sectors result from the tournament.”

In January, Infantino explained while addressing this Parliamentary Assembly of the Council of Europe during a debate that “much needs to be done” in Qatar in the areas of labor law, worker protections and the minimum wage.

Qatar “has been at the forefront of modernizing labor law and worker welfare regulations,” stressed Dr. Al Marri.

“Such reforms are based on a legal and legislative framework that will continue to apply after the World Cup.”

Law No. 18 of 2020 ordered the abolition of government requirements for workers to obtain their employer’s permission to change jobs, while introducing a non-discriminatory minimum wage for the first time in the region.

FIFA reported that in May 2021, high temperature work legislation (banning outdoor work above 32.1°C) in Qatar saw a sharp drop in heat-related cases, “with 338 businesses since closed for non-compliance Enforcement.”

During Tuesday’s meeting, the FIFA President and the Qatari Minister spoke Conclusions of the recent International Trade Union Confederation mission to Qatar and underlined the said minimum wage law which resulted in higher wages for 13% of the total workforce, or 280,000 workers.

Amnesty International handed over the major sports unit at its meeting with FIFA earlier this week 280,000 petition signatures calls for “fair working conditions in Qatar and respect for human rights by the football community”.