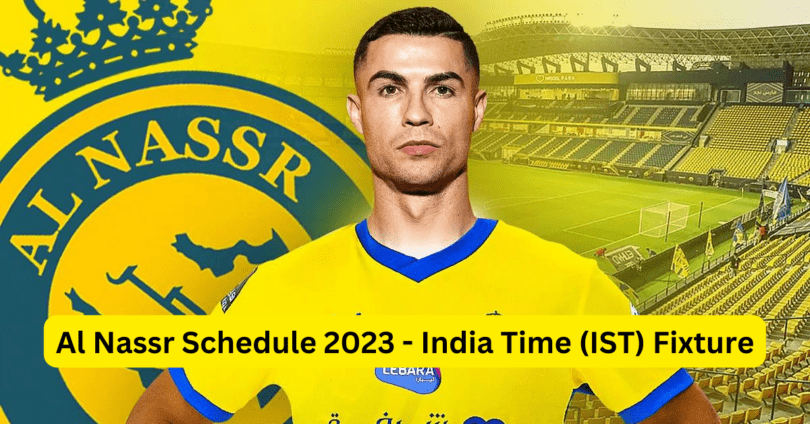 Al Nassr are currently engaged in a close battle with Al Hilal, Al Ittihad and Al Shabab for the top spot on the Saudi Pro League 2022-23 points table.

Al Hilal FC, champions of the 2021-22 season, are the most successful Saudi Pro League club with 18 titles. Al Nassr, meanwhile, have won nine titles with their last win coming in the 2018-19 season.

Apart from playing in the Saudi Pro League, Al Nassr will also play in the King Cup of Champions 2022-23 and Saudi Super Cup 2023 – both Saudi Arabia’s domestic cup competitions.

How to watch Cristiano Ronaldo matches for Al-Nassr

There are currently no authorised broadcasters for the Saudi Pro League in India. As a result, Indian fans won’t be able to watch the Saudi Pro League on Indian television. However, in India, live streaming will be accessible. You have to use the OTT service Shahid – MBC in order to watch the league in real time. Presently, the platform does not offer any free subscription. You need to spend around ₹1,160 ($13.99) for the VIP Sports subscription plan in order to watch the games.