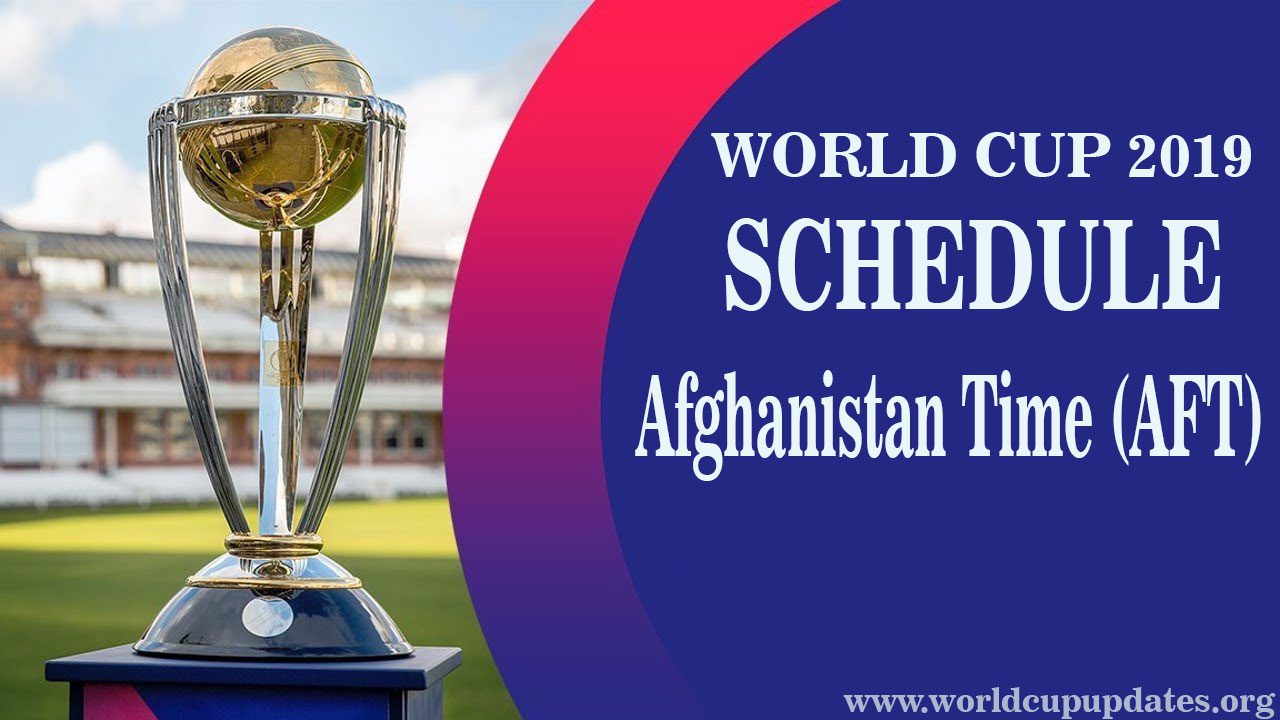 Gear up for the latest edition of Cricket World Cup 2019 schedule in Afghanistan Time(Aft) to be played from May 30 to July 14, 2019. This time ten teams will take part in the tournament and one of them is Afghanistan from the Asian continent.

The Afghan team is not that renowned for their past records, but, it is rightly said that they have immense talent and are eager to bring out that talent during the ICC Cricket World Cup 2019. The Afghanistan Cricket Team Squad will play its first match against the biggie Australia on June 1, 2019 at Bristol.

If you talk about the the Cricket World Cup it is an international cricket event which is organised once in a span of four years by the international governing body of cricket i.e. ICC (International Cricket Council).

In the 2019 Cricket World Cup Live Streaming, ten teams will play to wrestle the prestigious World Cup trophy. in this edition there is a single group unlike earlier editions and each team will play against the rest of the teams before going to the knockout stage.

The Afghanistan fans would definitely want to watch all the matches of the tournament and of course their teams matches. but the problem is that the matches will be played as per British Summer Time (BST) which is one hour ahead of GMT while the Afghanistan Time is four and half hours ahead of the GMT.

The match schedule is available for download in PDF format for later reference and can be saved on your computer to check timings later. You can also bookmark this page on your browser. Share this with family and friends to help them get the right time about every match and not miss out on any of them.