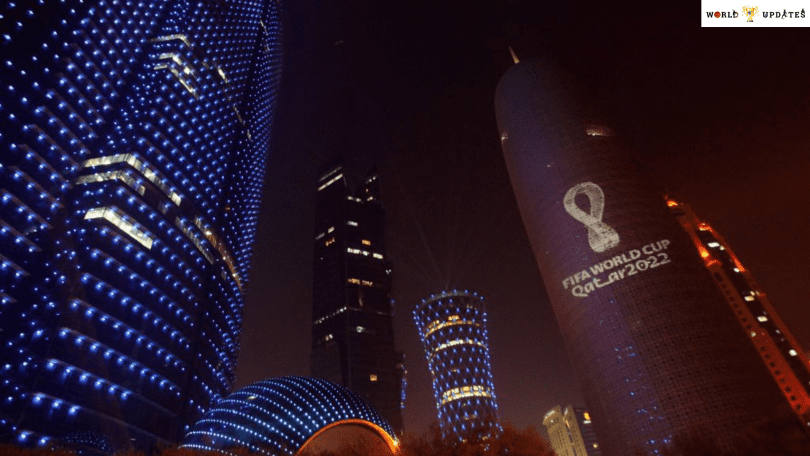 At least 1.2 million people are expected to visit Qatar for the first ever Arab-hosted FIFA World Cup. Leading hotel chains in Qatar are reportedly running out of accommodation for football fans traveling to the Gulf state to attend the much-anticipated 2022 FIFA World Cup, according to a report by Associated Press.

The American news agency said its results were based on “extensive searches” of “leading hotel chains and aggregation websites” where it found only one property that was still available for each day of the tournament.

Next year’s World Cup, the first in the Middle East, will take place from November 21 to December 18.

The AP said most of the rooms have been blocked by World Cup organizers to prevent price hikes while ensuring they are available to teams, FIFA officials, sponsors and the media.

Based on its findings, the only room the AP could find on the open market was $1,056 a night at a four-star hotel near Hamad International Airport [HIA] via the booking website Agoda.

Meanwhile, leading hotel brands such as Accor, Hilton, The Intercontinental and Marriott are not showing room availability at their 28 hotels in and around Doha.

Qatar attracts over 1.2 million visitors for the 2022 FIFA World Cup

According to the news agency, around 90,000 rooms are to be made accessible to the public via a website. That’s nearly the number of US fans who booked tickets for the 2018 World Cup in Russia.

The AP was also told that estimates by Qatari officials, based on travel to previous World Cups, showed the Gulf state expects 850,000 overseas visitors who will need a hotel room.

Citing recent data from the Qatari Tourism Authority, the latest figures show that there are 33,208 rooms in Qatar, but that figure is likely to be significantly higher due to the high pace of construction in the country, with new properties being completed every month.

In conversation with the AP, the organizing body of the World Cup in Qatar, the Supreme Committee for Delivery and Legacy [SC], acknowledged concerns about the availability of shelter.

The SC said that “visitors on the accommodation portal can book on a first-come, first-served basis” and that there is no system to either split rooms between fans of the participating countries or prevent them from being booked en masse . However, the SC told the AP that Qatar will not allow overnight stays for fans to ensure rooms are available for other visitors.

“As is usual with many events around the world, minimum and maximum lengths of stay will apply,” the SC added.

“This will be at least two nights for the group stage – same as in Russia. Bookings for longer stays are possible, and even more so for visitors who wish to stay for the entire tournament,” noted the Qatari organizer.

4,000-cabin cruise ships will also be available in Qatar for the World Cup. Regarding the desert campgrounds, the SC said they will make up a small percentage of the total lodging options to provide fans with a cultural experience.

“We have always viewed the opportunity to camp as an offer of traditional Qatari hospitality, not as a solution to speculation about housing shortages,” the SC said. The AP report comes a day after Qatar Airways’ launch All Inclusive Packages before the World Cup for each of the group stages, knockout matches, quarter-finals, semi-finals and finals.

Prices vary based on departure location, hotels and seat categories.

Each package includes a round-trip international air ticket from the departure point to Doha, accommodation in any category of your choice with daily breakfast and tickets to specific matches as per the package chosen.