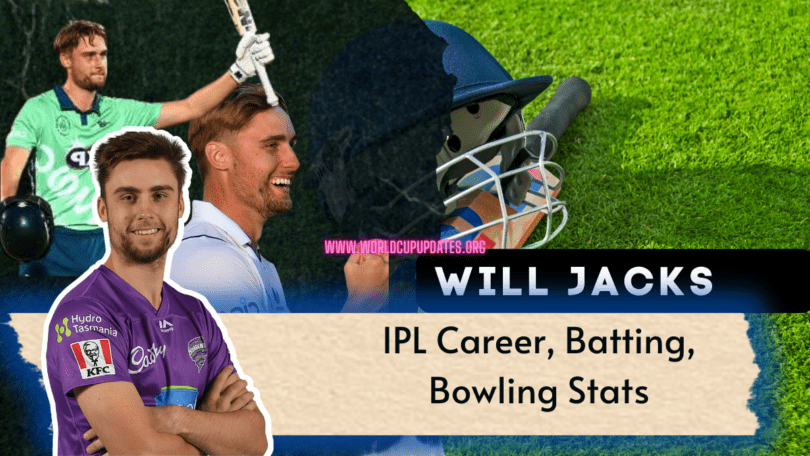 Will Jacks Career Stats: William George Jacks is an English cricketer. He is a right-handed batsman and off-spin bowler. He made his Test debut in December 2022 against Pakistan.

Jacks has quickly shown himself as a fan’s favourite. A top-order batsman who first played for Surrey in the Under-9s, Jacks made his Second debut in 2015 against Hampshire and featured on regular basis until the 2017 season. In 2018, It was in the Royal London One Day Cup where Jacks made his entry to senior cricket with a quite destructive ton against Gloucestershire.

Royal Challengers Bangalore bid a sum of INR 3.20 crore on December 23 during the IPL 2023 mini-auction to secure the English all-rounder Will Jacks. The 24-year-old English cricketer had a base price of INR 1.5 crore, and after an intense bidding fight with RR (Rajasthan Royals), RCB managed to confirm that Will Jacks will be playing for RCB.

Jacks hit 414 runs in 11 innings, making him 123 runs ahead of South African batsman Faf Du Plessis and 137 runs ahead of Bangladesh’s Shakib-Al-Hasan.

Faf Plessis was the leading run scorer for BPL team Comilla with 291 runs and Shakib-Al-Hasan scored 277 runs for Fortune Barishal.