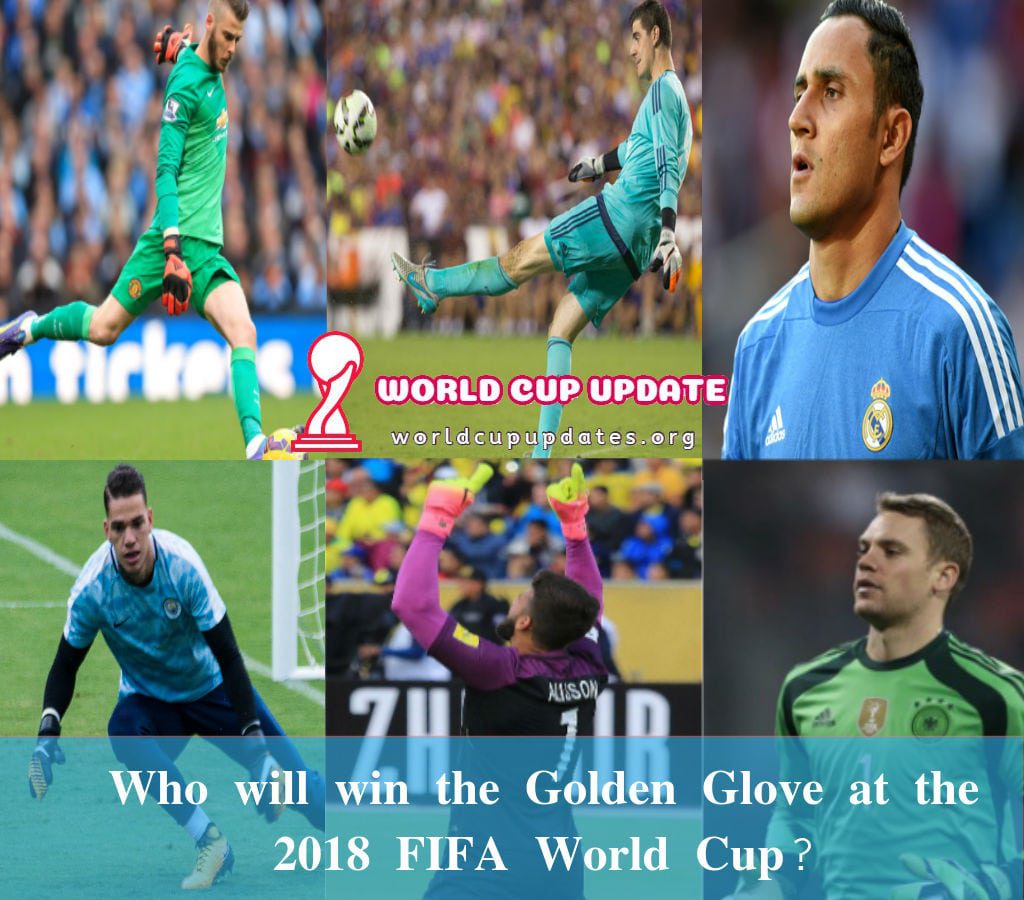 Lionel Messi, Cristiano Ronaldo, Neymar and co. will all be grappling to assert their dominance when the world is watching in Russia. However, behind the scenes there is another battle taking place, the battle of the unsung heroes, the battle for the Golden Glove. Over the years we have seen a whole host of magnificent shot-stoppers grace the world stage.

From the traditional goalies like Peter Shilton and Gordon Banks, to the slightly more unorthodox approaches of Rene Higuita and Guillermo Ochoa, the FIFA World Cup has seen it all. But who could be the planet’s safest glovesman in this year’s Russia tournament?

Who will win the Golden Glove Vote Now:- 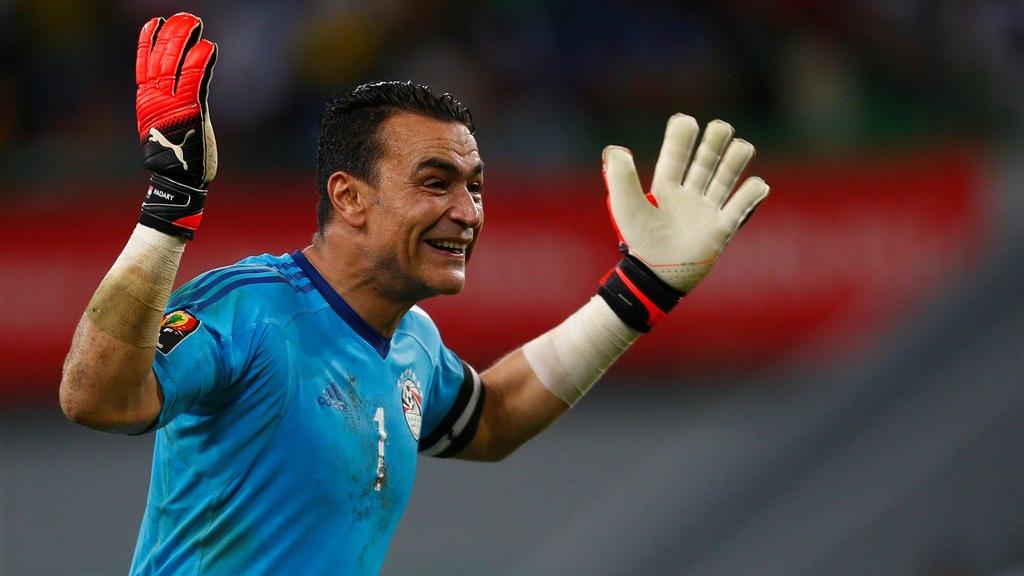 The oldest man at the tournament at 45, Egypt’s Essam El-Hadary won’t be too well-known to European football fans, but in Egypt he’s one of the sport’s biggest stars. He’s helped his nation win the Africa Cup of Nations on no fewer than four occasions and has won countless cups and league titles during his long club career. 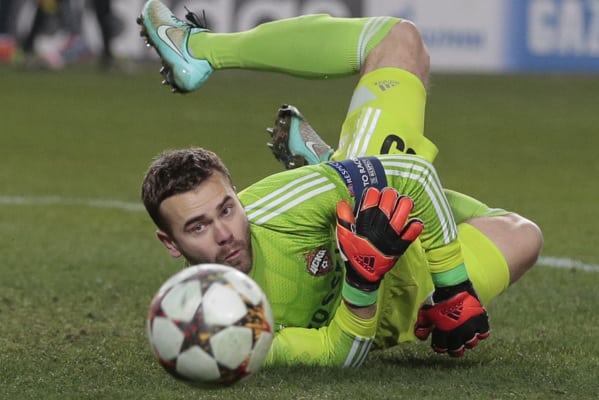 32-year-old Igor Akinfeev has been Russia’s number one for many years now, having first made his debut for the national side back in 2004. A rare example of a one-club player, Akinfeev has spent his entire domestic career with CSKA Moscow, helping the club to six Russian Premier League titles and various other trophies. 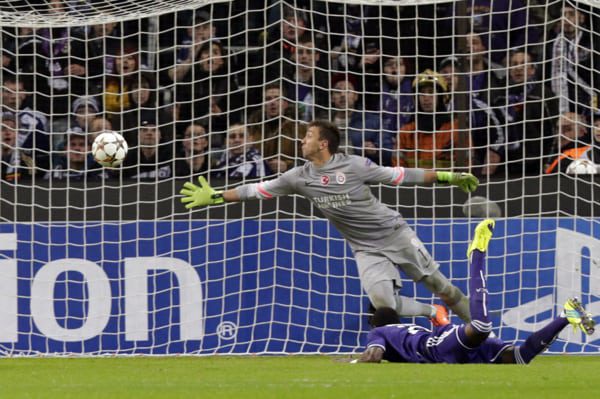 Continuously classed among the top goalkeepers of recent years, Fernando Muslera has been an exceptional performer for Uruguay since making his debut for the national side way back in 2009. Now, the 31-year-old is going into his third successive World Cup and will hope to contribute to a successful tournament for Uruguay. Back at the 2010 World Cup, he made headlines as one of the better keepers to appear at the tournament. He kept clean sheets in all three group games and famously saved two big penalties in Uruguay’s controversial quarter-final victory over Ghana. 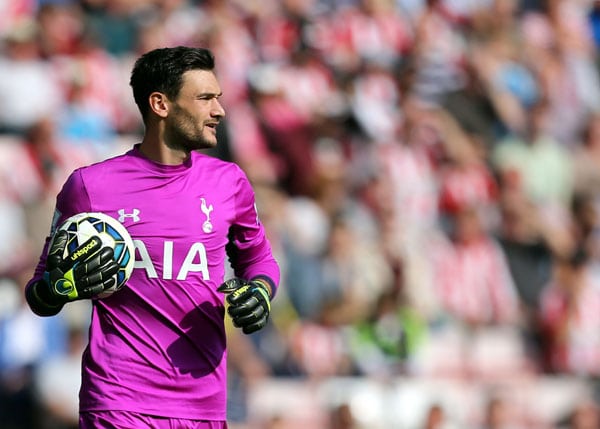 One of the most reliable and talented goalkeepers in Europe, Hugo Lloris has been outstanding for Spurs in the Premier League and perhaps even better for the national side. With France, Lloris has been exceptionally consistent and earned his spot as the most-capped keeper in the nation’s history, appearing 96 times for his country in total. France are expected to go far in this World Cup, and Lloris will have a big say in any success they enjoy. He helped the team get all the way to the final of Euro 2016 and will want to go one step further this summer and finally lift a trophy with the rest of Les Bleus. 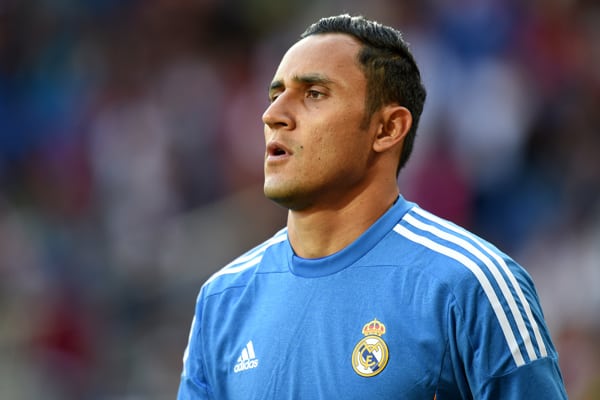 An often underrated keeper, Costa Rica’s Keylor Navas just won his third Champions League title with Real Madrid and has been very consistent for the Spanish giants, keeping countless clean sheets and breaking records during his time with the club so far. He’s got great defenders in front of him, of course, but Navas still provides a very reassuring presence between the sticks and has played his part in the club’s remarkable recent successes. It’s certainly possible that without him, Real Madrid’s exceptional trio of Champions League titles simply wouldn’t have happened. His talents are even more evident when he plays for his national side, having made his debut back in 2008. He appeared at the 2014 World Cup in which Costa Rica 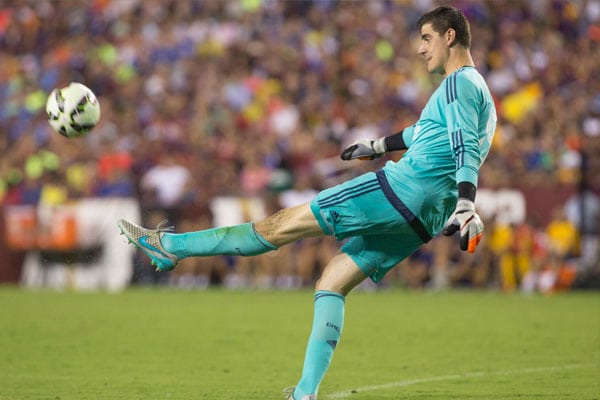 One of the best and tallest keepers on the planet, 6’6″ Thibaut Courtois is part of an exciting Belgian squad that is currently ranked third in the world and possesses some exceptionally talented players. Belgium are dark horses to win the whole thing, and Courtois will be giving the nation’s fans a lot of confidence, having proven himself to be one of the country’s greatest all-time goalies. He helped his nation get to the quarter finals of the last World Cup, and did the same at Euro 2016. 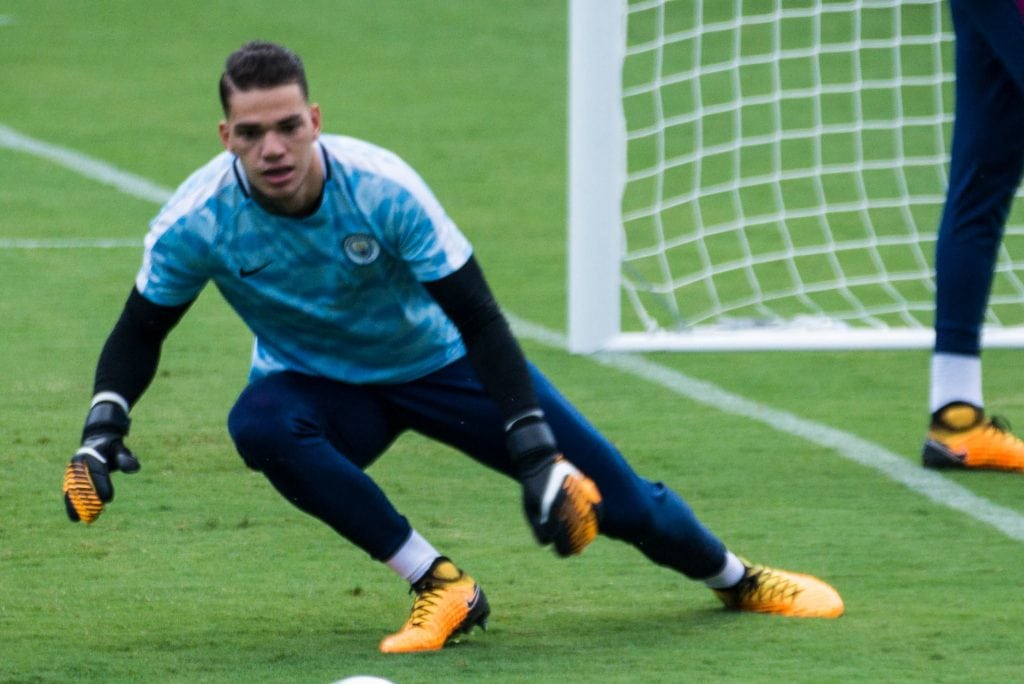 Ederson arrived in the Premier League last summer and went on to have one of the most impressive debut seasons on record, being a key part in Man City’s incredible run to glory under Pep Guardiola. And yet, in spite of all that, he might not actually start for Brazil at this summer’s World Cup. 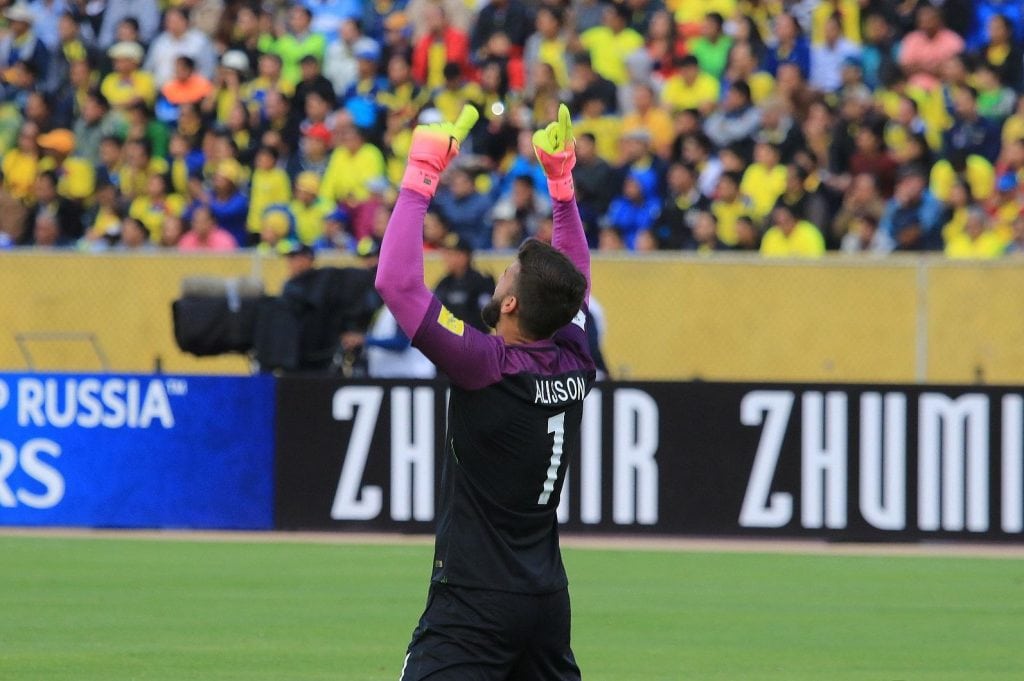 From one Brazilian to another, it’s looking likely that Roma’s Alisson will get the starting spot for Brazil this summer over Ederson, and he’s certainly earned it. Stats-wise, Alisson was simply one of the best keepers in Europe this season, racking up 17 clean sheets in Serie A and having the best save success rate in the league too.With 24 caps, Alisson is by far the most experienced international keeper called up to Brazil’s World Cup squad (Ederson and Cassio only have one cap each) and is planned to be the country’s starter when group games get underway. Blessed with accurate goal kicks, insane reflexes and no real flaws to speak of, Alisson is the perfect keeper and could help Brazil go all the way. 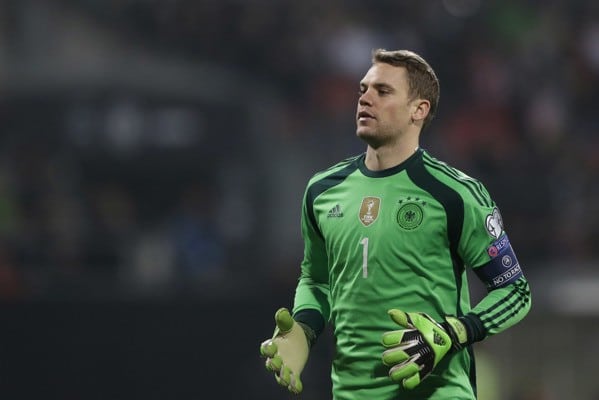 He’s one of the most talented keepers in the history of the game and has already won one World Cup, but Manuel Neuer might not necessarily be able to play at this summer’s tournament due to a foot injury that has kept him out of action for most of the season. Barcelona’s Marc-Andre Ter Stegen is an exceptionally talented keeper in his own right and has already proven himself an able deputy for Die Mannschaft, but Germany boss Joachim Low has openly stated that he wants Neuer at the World Cup and that the Bayern Munich man will be his number one if he’s fit.

It’s not hard to understand why Low feels so strongly. Ter Stegen is excellent but Neuer is simply in a class of his own. Physically imposing, astonishingly agile, comfortable on the ball, and accurate with his goal kicks, Neuer is generally regarded as the best keeper on the planet and will be desperate to regain his fitness levels in time for Germany’s opening group game against Mexico on 17 June. 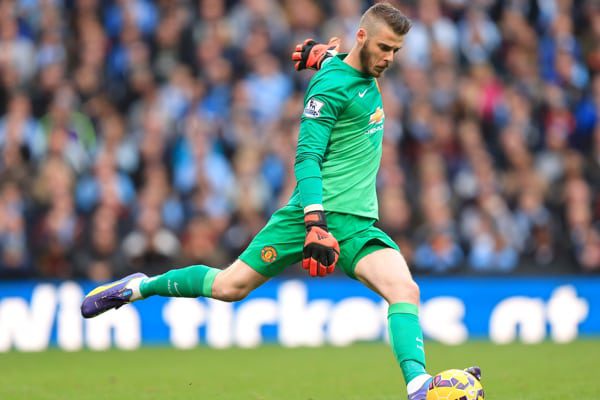 Arguably the best goalkeeper on the planet right now, David De Gea’s acrobatic saves and strong presence were instrumental in Manchester United’s second-place Premier League finish, and the 27-year-old Spaniard has been a world class player for the Red Devils for many years now.

Interestingly, he’s only amassed 24 caps for Spain, as he had to spend a long time as the understudy of the unquestionably brilliant Iker Casillas. Casillas has not been included in Julen Lopetegui’s 23-man squad for the World Cup, and David De Gea has made the number one spot his own in recent years.