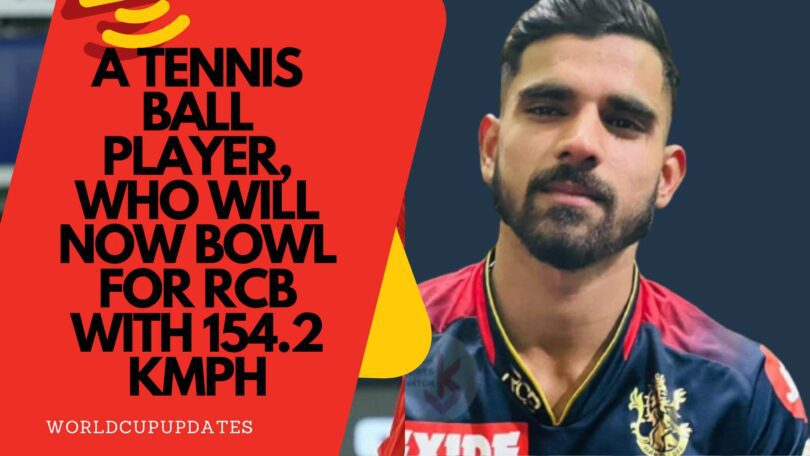 Avinash Singh: All the IPL teams have finalized their squads for IPL 2023. In the recently held IPL mini-auction, the franchise owners bid on players as per their needs. Royal Challengers Bangalore also put a bid on a fast bowler from Jammu & Kashmir and bought him for 60 lakh rupees. The name of this pacer is Avinash Singh.

The base price of 24-year-old Avinash Singh was INR 20 L, he was sold for three times more than that. What was the special thing which attracts Kohli’s team to bet on him? Avinash has excellent speed and can bowl consistently at 150+ speed with accurate line and length. Some of his videos have also surfaced on the internet, where he can be seen troubling the batsman with his speed during nets practice.

No 1st Class Debut by Avinash:

The interesting fact is that Avinash has not made his first-class debut yet and has been playing most of the cricket with tennis balls. Despite this, he managed to impress not only Royal Challengers Bangalore but also KKR and Delhi Capitals. Apart from Bangalore, Kolkata Knight Riders also bid on him during the IPL auction.

Speaking to a news portal, he stated that the trial of Royal Challengers Bangalore was in Mumbai. The management of RCB liked his bowling. During the trial, Avinash Singh bowled at a speed of 154.3 kmph. After the first trial, he was also called by other teams like Kolkata Knight Riders, Delhi Capitals and Lucknow Super Giants. All the trials went satisfactorily and it was expected that based on the trial’s performance Avinash will get a team for sure.

Ashok Singh, the father of Avinash Singh is an auto driver by profession. He is the only earning person in their house. Avinash refused to join Mayank’s academy due to some family issues. Later, after Mayank convinced Avinash’s father, he agreed to join the academy. Also, Mayank asked Avinash’s father for one year’s time.

Avinash wanted to join the army but failed the physical test. Ashok Singh wanted to send him to Canada to look for a better life, When Avinash gets unsold in the first round, his father told him that the time has come and now he has to go to Canada, but Avinash was confident of being bought. RCB added Avinash to their team in the accelerated auction.

Avinash hasn’t played any Notable cricket yet. Once we have data about matches played by him, we will update here.

Avinash hasn’t played any Notable cricket yet. Once we have data about matches played by him, we will update here.