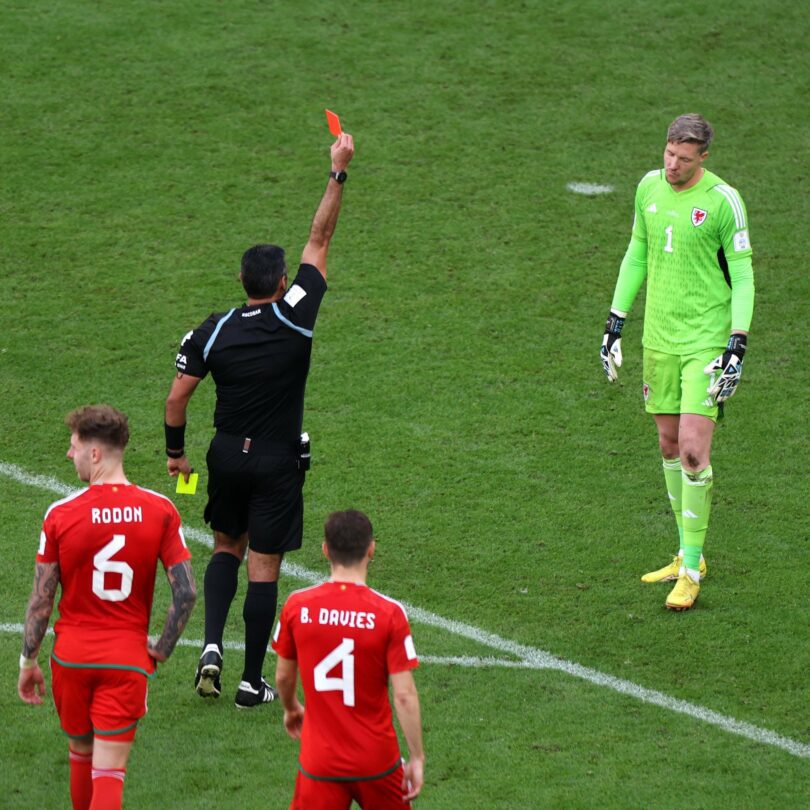 Wayne Hennessey gets sent off during Wales vs Iran game

Iran finished the first half brilliantly and maintained that dominant goal early in the second half, when Azmoun crashed into the post at halftime and Gholizadeh scored nine seconds remaining. Wales became even less of a threat when Hennessey received his marching order in the 86th minute after running out of goal and kneeing Mehdi Taremi in the face.

That laxity combined with Gholizadeh and Sardar Azmoun hitting the post just after the break showed that fortune was on Wales’ side. But Hennessey’s red card for a savage tackle turned the game around and Iran mercilessly and noticeably eliminated the Dragons.

A spirited start saw Connor Roberts almost inspire  Kieffer Moore to open the scoring for Wales with a brilliant cross, before seeing his poor pass cause Gholizadeh to complete a complex migration phase. Fortunately for Roberts, the goal was disallowed for offside and the game quickly turned questionable.