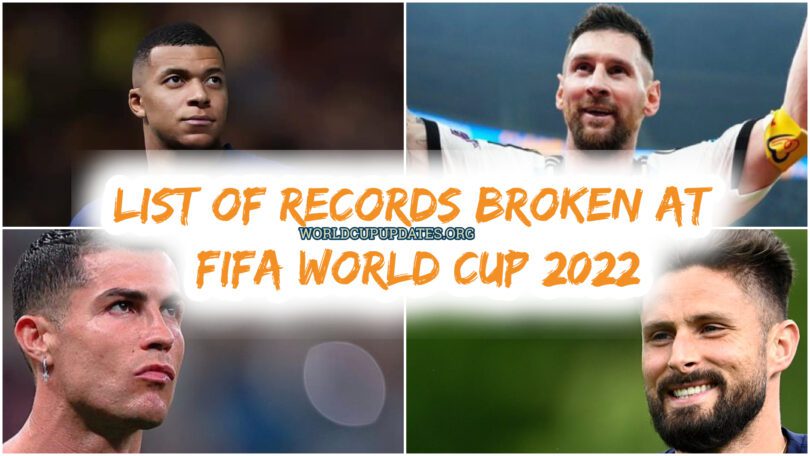 The 2022 World Football Championship, which has just ended, has brought so much excitement, so many emotions, tears, joy and sadness that fans around the world have registered to attend. With the thrilling, and breathtaking performances of 32 teams that take place in Qatar. Many new records have been set, curses are broken and history is made.

Argentina beat France in the final to win the most coveted trophy in world football Breaking a 36-year record. Morocco did the same for the entire continent, breaking the 88-year-old record by reaching the World Cup semi-final. While many players have set themselves many personal records, putting their names in the dust of time.

It is the third time that a World Cup final witnessed a penalty shoot-out in finals. The previous instance was Brazil vs Italy in 1994 and Italy vs France in 2006.

Argentina Created a record by winning the penalty shoot-out for the 6th time, no other team has done so.

The first goal in FIFA 2022 Final was the 150th goal for the Argentina team in world cup history.

Here are some other records broken by individual players at FIFA World Cup 2022: