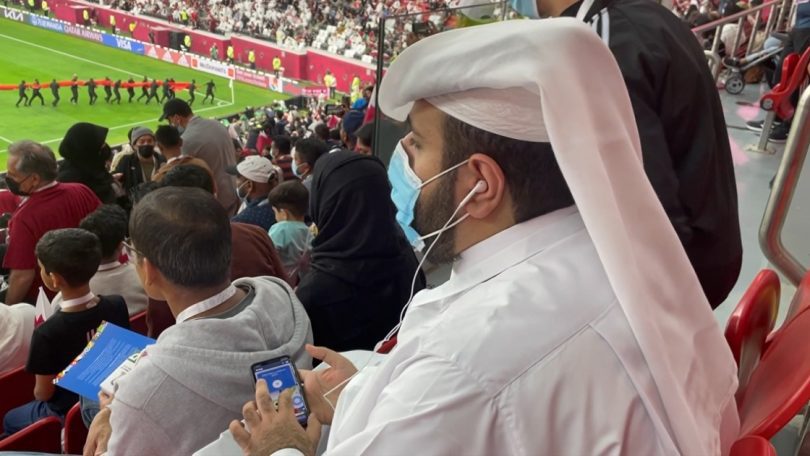 The service has already been showcased at FIFA events, but Qatar’s opening match at the FIFA Arab Cup marked the first time it was available in Arabic.

The program offers blind and partially sighted fans the opportunity to enjoy the international event by allowing potential candidates to provide audio commentary at the World Cup after attending the intensive training workshop. The training courses take place on the premises of the TII at the HBKU.

The tournament organizers are looking for both Arabic and English speakers for the project. The program offers free training from March 19th to October 10th. Applicants must submit a 60-second audio recording of themselves commenting on a football game of their choice in Arabic or English. The candidate will be judged on their overall “ability to comment and the quality of the audio recording”. reports written down.

Iran is using the 2022 World Cup to boost tourism

FIFA has offered audio commentary at major tournaments since 2014. However, this project to promote integration was first experienced in Arabic during last year’s FIFA Arab Cup hosted by Qatar.

During the 2021 Arab Cup opening ceremony, Faisal Al-Kohaji was able to follow the game between his country and Bahrain through descriptive audio commentary delivered via an app on his phone. Through his own headphones, Al-Kohaji had access to an “Arabic-speaking commentator who described the opening ceremony and the game in great detail, including key information about the stadium’s ambience and even the players’ facial reactions.” FIFA reported.

Jose Retana, Senior Manager of Q22 Sustainability said: “Following a successful test run on select matches during the FIFA Arab Cup, we are keen to provide audio commentary on a larger scale during Qatar 2022. Being able to offer the service in the Arabic language sums up the legacy this World Cup will leave behind.” reports.

Al Kohaji explained: “In the past, when I went to the stadium, I had to rely on a sighted friend’s description or content myself with listening to a time-shifted video of the game on my phone. However, this technology allows me to enjoy the action on the pitch as much as everyone else,” added FIFA.

Football fans can benefit from this service by downloading the application “FIFA Interpretation” on their personal devices. The service provides “detailed play-by-play updates, including reaction on players’ faces and atmosphere in the stadium,” the report added.