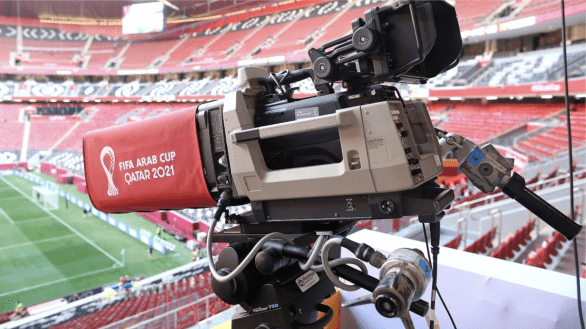 The FIFA World Cup Qatar 2022 will have the highest capacity transmission network in the history of FIFA tournaments.

The Supreme Committee for Delivery and Legacy (SC) built a state-of-the-art fiber optic network system ahead of the World Cup to deliver the highest possible quality and speed for live broadcasts.

The International Broadcast Coordination Centre, which will broadcast all of the tournament’s footage to the rest of the world, is located next to Al Bayt Stadium, where both the opening and final matches will be played.

The fiber optic network connects each stadium to the IBC and is supported by traditional satellite transmission capabilities. This ensures that media rights licensees are guaranteed an uninterrupted signal.

This is not the first time Qatar is testing this network. In late 2021, the first phase of the high-speed fiber optic network was tested during the FIFA Arab Cup, which included matches across six tournament venues.

“What is important to us is that people around the world experience all the action on the pitch and learn more about Qatar and the region through the lens of the World Cup,” said Maryam Al Muftah, SC Services & Innovations Director of Digital. “That’s why we wanted to provide more network capacity than ever before.”

The second phase of the project is underway and will include both Lusail and Khalifa International stadiums in the network. Once complete, the network will also connect team base camps and external transmission sites.

During the FIFA World Cup, all tournament venues and other broadcast locations will send video feeds to the IBC before traveling around the world.

There are some fundamental differences between fiber optic and wireless broadband technologies.

Billions of fans around the world will watch the matches during the tournament, which will be played in eight stadiums from November 21st to December 18th.

Also read: Qatar vs Russia: who had the highest ticket requests in first sale phase of FIFA World Cup?

Fans around the world showed their enthusiasm ahead of football’s biggest celebration as 17 million ticket requests were received in the first sales phase of the FIFA World Cup Qatar 2022, which lasted just 20 days.

The most coveted game requests were for the grand finale, scheduled for December 18, with 1.8 million ticket requests alone. During the first phase for Russia In 2018, the country recorded 300,000 tickets for the final game.

So far, 15 of the 32 countries have qualified for the big tournament. The qualifiers will continue this year through to the intercontinental play-offs.

The opening game will kick off on November 21, 2022 at Al Bayt Stadium.