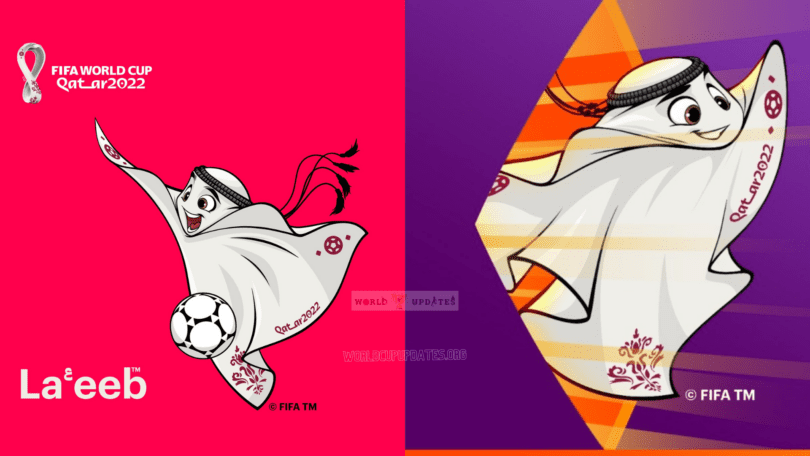 La’eeb has been unveiled as the official mascot for the 2022 FIFA World Cup in Qatar, with the name meaning “super-skilled player” in Arabic. The mascot is a portrayal of a keffiyeh, which is a traditional Arabian headdress, and an agal. La’eeb was revealed during yesterday’s World Cup draw which took place in Doha.

What is the Qatar World Cup 2022 mascot?

The World Cup 2022 mascot has been revealed, and is based on a traditional piece of Qatari clothing The World Cup 2022 mascot is a traditional Qatari ghutra, who comes from an alternative universe inhabited by World Cup mascots. Its name is La’eeb, an Arabic word meaning ‘super-skilled player’, and according to FIFA, “will bring the joy of football to everyone”. The Qatar World Cup mascot was revealed in a video with RedOne, the Moroccan-Swedish singer-songwriter who is FIFA’s Creative Entertainment Executive.

The name La’eeb is an Arabic word and translates to “super-talented player”. La’eeb is supposed to be an adventurous and curious character who brings the joy of football to all, spreading it with his youthful spirit.

As described above the World Cup 2022 mascot is named La’eeb, which FIFA explain is “an Arabic word meaning super-skilled player.” The presence of the apostrophe in the middle of the word is common when translating Arabic into the Roman alphabet. Apostrophes are used to indicate glottal stops, a sound which is produced by obstructing airflow through the glottis.