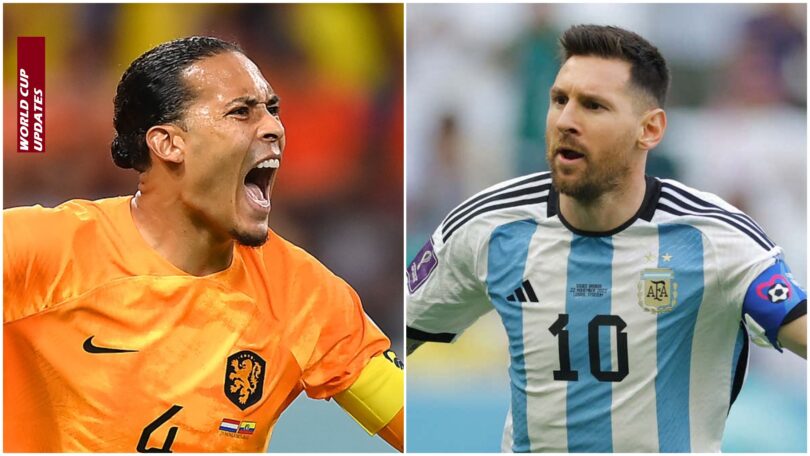 The Netherlands will face Argentina in the quarter-finals on Friday, December 9 at the Lusail Iconic Stadium in Qatar.

The Netherlands will be looking to reach the semi-finals of the World Cup for the third time since 2010. Meanwhile, Argentina are one of the favourites and will be hoping to claim their 2nd major title after COPA 2021.

The Manchester City forward’s ability to move inside the box is impeccable, along with his ability to position himself at the right time, in the right place. Moreover, his instinct in the last third of the game is that of a “true poacher” as he is always quick to react to the goalkeeper’s kills or own goals.

Alvarez’s rise to the national team also comes at the perfect time, after Lautaro Martinez’s poor form in Argentina. Tracking his position during the attack is a difficult task and Ake will cut his work.

However, Ake’s defence has been outstanding in the league so far. He is said to be quite familiar with Alvarez’s play as they are teammates at the club. Therefore, it will be interesting to see if he can silence Alvarez.

The fitness of Angel Di Maria was a key topic for head coach Lionel Scaloni ahead of this match. Angel D’Maria, the 37-year-old missed out on the Round of 16 wins over Australia.  Scaloni was cautious about Di Maria’s fitness during his pre-match press conference but seemed optimistic about the ageing striker’s readiness.

Aside from losing Giorginio Wijnaldum in the tournament to a broken leg, there are no known injury problems. This is a great motivator for the team.

Nathan Ake, Frenkie de Jong, Matthijs de Ligt and Teun Koopmeiner are all shown yellow cards and will be suspended if they receive one more card.

Below are both starting lineups ahead of their game at Lusail Iconic Stadium on Friday, December 9.