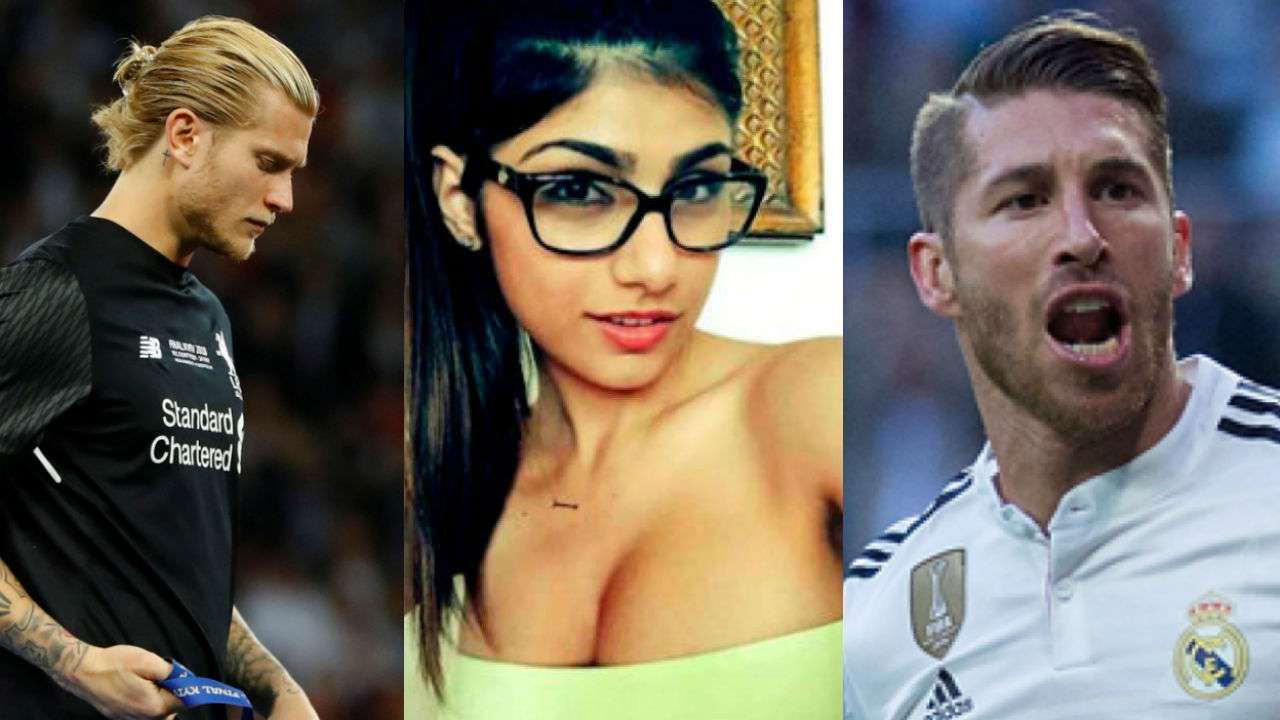 Mia Khalifa has sent another flirty message to Loris Karius, telling him ‘mistakes are human nature’ while calling out Sergio Ramos.

Lois Karius is probably at the toughest time in his career right now. The Liverpool keeper has had a pretty awful Champion League final.  Many fans, and pundits have heaped the blame on him for Liverpool’s loss to Real Madrid following a couple of horrendous blunders between the sticks. British media reported that Merseyside Police were investigating death threats made towards the goalkeeper.

Khilfa, an adult fil star, took to her own Instagram to share a post dedicated to the keeper. Sharing a photo of Karius beaming during a game, she wrote: “Keep smiling. Mistakes are human nature”

Khalifa had a message for Real Madrid’s Sergio Ramos too- she added a F**kyou hashtag to her post.  Ramos has been facing a lot of fan’s ire after his tangle with Liverpool forward Mohamed Salah during the match.  The Egypt forward had to leave the field during the UEFA Champions League 2019 final and is in danger of missing the World Cup 2018.

Many football fans around the world have signed an online petition asking Ramos to be punished for ‘intentionally’ injuring Salah.

Meanwhile, Loris Karius has told fans he was “infinitely sorry” for his two errors in th final. He said he had struggled to sleep after Saturday’s game.  The German keeper gifted Karim Benzema the first goal by accidentally throwing the ball against the Real forward, and then watching it trickle into his net. Later, he allowed a shot by Gareth Bale straight through his hands for Madrid’s third goal which ended any hopes of his side getting back in the game.

“Haven’t really slept until now, the scenes are still running through my head again and again. I’m infinitely sorry to my team mates, for you fans and for all the staff. I know that I messed it up with the two mistakes and let you all down,” Karius wrote on Twitter on Sunday.

“As I said I’d just like to turn back the time but that’s not possible. It’s even worse as we all felt that we could have beaten Real Madrid and we were in the game for a long time. “Thank you to our unbelievable fans who came to Kiev and held my back, even after the game. I don’t take that for granted and once again it showed me what a big family we are. Thank you and we will come back stronger.”