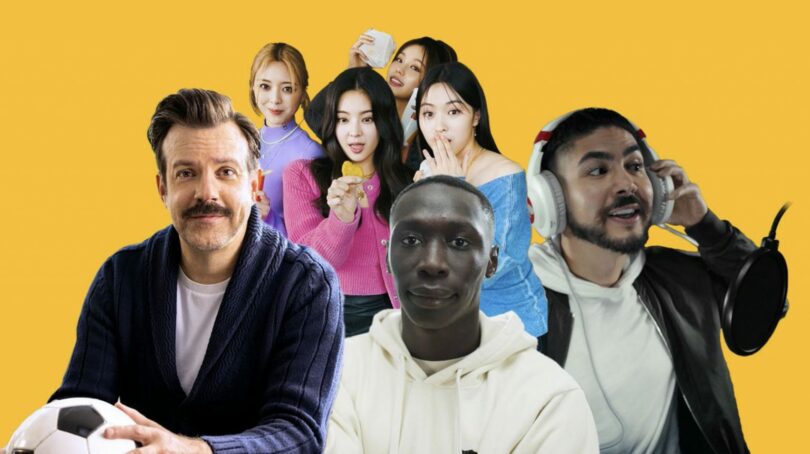 McDonald’s, a sponsor of the 2022 FIFA World Cup, is playing up the worldwide appeal of both soccer and Golden Arches cuisine with celebrity salutes to the fast-food giant. Jason Sudeikis, the Emmy Award-winning leading man in the Ted Lasso TV series, TikTok star Khaby Lame, K-pop’s ITZY, and Twitch streamer Edwin Castro ask their audiences, “Wanna go to McDonald’s?”

The World Cup, held in Qatar, will begin Nov. 20 and conclude Dec. 18. As one of the most-followed sports events, it reaches billions of eyeballs. McDonald’s has pronounced its Cup-connected advertising initiative its “largest global campaign to date.”

McDonald’s Will Hit 75-Plus Markets

On LinkedIn, Katie Dittmann, manager of McDonald’s global brand communications and campaigns, says the campaign is launching simultaneously in more than 75 international markets. The campaign designed by Wieden+Kennedy New York continues McDonald’s use of celebrities to promote its brands and initiatives.

In a statement on its website, McDonald’s says, “Our brand believes in the power of the pitch to unite people from all walks of life. No matter the color of the kit or the size of the stadium, we’re all here for the love of the goal. That’s why we’re excited to bring fans together as a FIFA World Cup sponsor.”

The fast-food giant further states that the “social-first campaign is dedicated to all the ups and downs that go along with being a fan of the beautiful game — reminding us that whether it’s victory or loss, joy or heartbreak, McDonald’s is the world’s favorite place to come together.”

McDonald’s Global Chief Marketing Officer Morgan Flatley says the campaign “feels so true for our fans. While we may all root for different teams this World Cup, what we can all agree on is that every celebration is a little bit sweeter with McDonald’s world-famous fries, and every missed goal or yellow card stings just a little less when you’re enjoying a Big Mac.”

A short hero film, shot in 10 languages and four dialects at four locations around the globe, features football/soccer and multimedia McDonald’s superfans asking, “Wanna Go To McDonald’s?” The film highlights what people have in common worldwide, with footage tailored to individual markets.

For his part, Sudeikis says, “I’ve had my fair share of full English breakfasts and fancy Manhattan brunches, but if I had to choose one way to start my morning or end my late night, I’m picking the Bacon, Egg & Cheese Biscuit from McDonald’s every single time.”

ITZY channels childhood memories. “When I was a kid, on Sundays after church I would always go to McDonald’s to get a Happy Meal,” says ITZY’s Lia. Khaby, silent on TikTok, tells the ad audience that “growing up, McDonald’s was always a treat for my brothers and me. I remember we used to goof around and play football in the parking lot. And the thing I love most about McDonald’s to this day — besides the Chicken McNuggets! — is the fact that no matter where you are, it just feels like home.”

The campaign also will include direct tie-ins to the soccer action. For instance, the United States is hosting a McDonald’s watch party in New York City’s Koreatown. While matches are underway, McDonald’s will engage with fans on social media with McDelivery and swag.

Canadians have a special interest in the World Cup, considering it’s their first appearance in 36 years. To celebrate, when red and yellow cards go up during a match, McDonald’s Canada will offer promotional codes to use for ordering free McDonald’s products. In addition, the Canadian team and influencers will drop in on watch parties to surprise fans with swag.

Middle East fans can win free fries when a referee throws a red card by snapping a photo of the card, drawing fries on it and posting it with the hashtag #WannaGoToMcD. In China, midnight is peak viewing time so McDonald’s China will dispatch 11 McDelivery “midnight riders” – that total being the equivalent to the number of players on a soccer team – and live-stream their deliveries on TikTok.

In conjunction with the England and Wales men’s and women’s teams, McDonald’s U.K. will drive sign-ups to free Fun Football sessions. Famous football fans and pundits also will deliver food in limited-edition packaging. They will partner with food poverty charity FareShare to deliver one meal to a family in need in a match for every regular order that’s delivered.