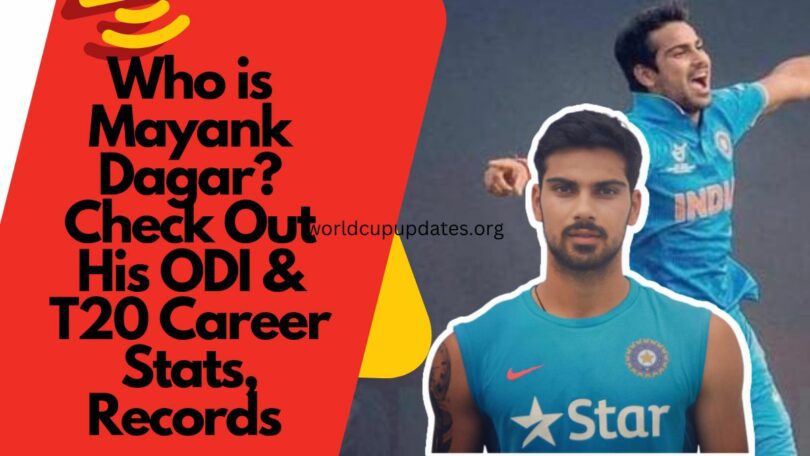 Mayank Dagar: Uncapped Indian player Mayank Dagar was bought by Sunrisers Hyderabad in the IPL 2023 mini-auction for INR 1.8 crore. Hyderabad went all out to include Mayank in their team. The player from Himachal Pradesh will give a lot of strength to the team in batting as well as bowling.

Mayank had kept his base price at INR 20 lakh for the mini-auction. As soon as his name came up for bid, both Sunrisers Hyderabad and Rajasthan Royals went out of their way to grab the flamboyant player. As soon as the bid went above INR 1 Cr, many people got curious to know Who this player is. However, in the end, the Sunrisers Hyderabad successfully sealed the deal.

Who is Mayank Dagar?

Mayank Dagar‘s Yo-Yo score was much better than Virat Kohli’s in prime time. You would be surprised to know that Mayank Dagar is a distant relative of former India opener Virender Sehwag. The name of this tremendous player came to the light in the ICC Under-19 World Cup 2016. In this spectacular tournament played in Bangladesh, the Indian team made its place in the finals, although they had to be defeated by the West Indies.

In the same year, Mayank made his first-class debut for Himachal Pradesh in the Ranji Trophy. Even though this bowling all-rounder does not have much experience with IPL, in the mega auction of 2018, he was included in the team by Punjab Kings XI. However, under the captaincy of Ravichandran Ashwin, he did not get to play any matches that season.

What is the relationship between Mayank Dagar And Virendra Sehwag?

Mayank is a distant relative (Nephew) of former India opener Virender Sehwag. In an interview, Dagar stated, “I would like to see Virender Sehwag as Kings XI Punjab’s director of cricket operations. Sir was tremendous during his playing career. I am looking forward to working with him,”

In 2018, Mayank left behind the Indian team’s experienced batsman Virat Kohli in the yo-yo test. Let me tell you, Dagar has not played a single international match for the Indian team yet but he is a very fit player. Mayank’s yo-yo test score was 19.3 while Virat Kohli’s was 19.

Not only Virat Kohli, but Dagar had also left behind the experienced middle-order batsman Manish Pandey of the Indian team. Pandey’s Yo-Yo score was 19.2. Now in the upcoming season, he will look to perform well and lead his team to victory.