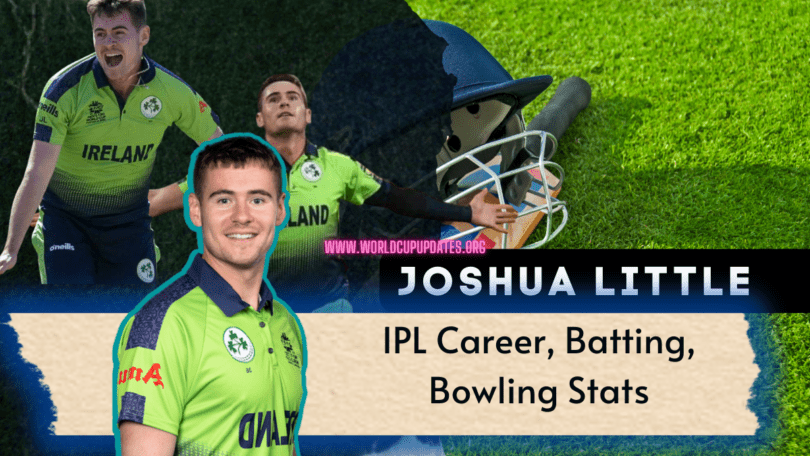 Joshua Little Career Stats: The Irish cricketer Joshua Brian Little made his international debut for the National cricket team in Sept. 2016. Joshua became the first Irish player to get an Indian Premier League contract after GT (Gujarat Titans) brought him in the auction held in Kochi ahead of the 2023 season.

Joshua became the first cricket player from Ireland to be picked in the Indian Premier League auction when Gujarat Titans put a bid on him for Rs 4.40 crore at the mini-auction in Kochi on 23rd Dec 2022. The base price of Joshua was 50 L.

In January 2019, Little was called for Ireland’s T20I and ODI squads against Afghanistan which was conducted in Dehradun, India. In the 15th season of IPL, i.e IPL 2022, Joshua was called by MS Dhoni’s Chennai Super Kings as a net bowler.

N data is available as he has not played any IPL matches yet.

Joshua became the sixth bowler to pick up a hat-trick in a T20 World Cup tournament. Joshua finished with the figures for 3/22. J. Little is the second Irish cricketer after Curtis Campher to take a T20 World Cup hat-trick.

Joshua is a Left-arm medium-fast bowler who bowls at a range of 135Kmph-145Kmph.