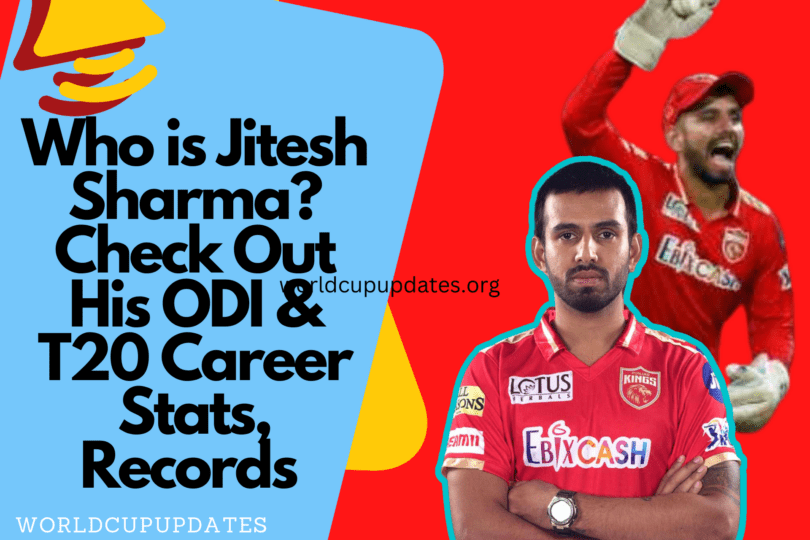 Indian Wicketkeeper Batsman Sanju Samson was injured before the 2nd T20 match of the three-match T20 series between Sri Lanka and India (IND vs SL) and rumours were that he will be replaced by Jitesh Sharma but instead, Ishan Kishan was selected for the Next T20 matches against Sri Lanka.

This was the first time when Jitesh’s name was suggested for the national team. Rishabh Pant’s car accident and KL Rahul’s absence have given Jitesh this opportunity. It doesn’t matter if he gets a place on the team or not, but sharing the dressing room with Indian players will be no less than a big dream for him.

Recently, on 13th January, Jitesh has been selected for the upcoming T20 series against New Zealand. The latest tweet from BCCI’s Twitter handle clarifies that Jitesh will be the part of upcoming series as a WK batsman option.

Jitesh was born in Amravati, Maharashtra. His father Mohan Sharma is from Kangra in Himachal Pradesh while his mother Ashima Sharma is from Amravati.

Jitesh Sharma Batting Position: In 2012-2013, for the first time, Jitesh was included in Vidarbha’s senior team as a Wicketkeeper Batsman for the Cooch Behar Trophy. He scored 537 runs in 12 innings in that tournament. After this magnificent performance, Jitesh slowly started gaining chances for the next stage in the cricket world.

Vidarbha’s wicketkeeper Batsman Jitesh made his IPL debut for Kings XI Punjab in the 15th season of the Indian Premier League. Jitesh played a very crucial inning of 26 runs in his very first match against the Chennai Super Kings with a strike rate of 153+. Jitesh hits 3 sixes in that match.

Jitesh Sharma IPL Price: Punjab Kings bought Jitesh in the IPL 2022 auction for INR 20 lakh. Earlier, Jitesh was bought by Mumbai Indians in 2016 but he didn’t get any chance to play for Mumbai Indians that season. Later the team management released him.