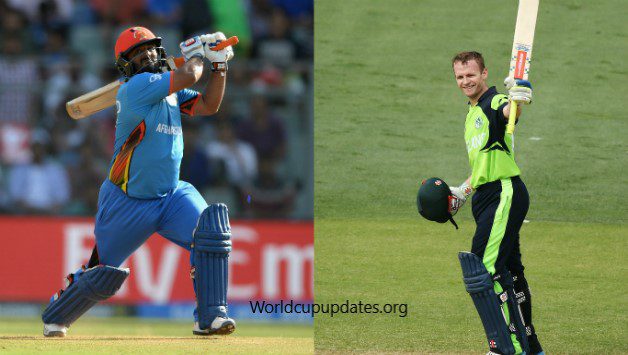 Afghanistan once again proved that they stand no less chance of becoming the next superstar in the world cricketing arena. After Restricting Ireland to 172 on day 1 thanks to the brilliant spell by Mohammad Nabi and Yamin Ahmedzai, Afghanistan team has shown temperament as well as aggression in their batting style till 2nd day lunch time.

Earlier on day 1, Ireland didn’t show any resistance to Afghan bowlers who comfortably restricted Irish batsmen to 172. The only notable partnership was of 87-run for the last wicket stand between Murtagh and George Dockrell (39).

Anyway, Ireland is sticking to the textbook basics – length, just around off-stump trying not to give out the runs. Afghanistan has shown temperament – four maidens in the first six overs.

Meanwhile, Rahmat Shah has recorded his maiden half-century in 121 balls — hence becoming the first EVER player from his country to get to the milestone. He fell just 2 runs short of scoring a record century. Shahidi also scored 61 runs on 154 balls before going back to pavilion on McBrine’s delivery. After recovering from mini middle order collapse, Afghanistan has posted 87 runs lead