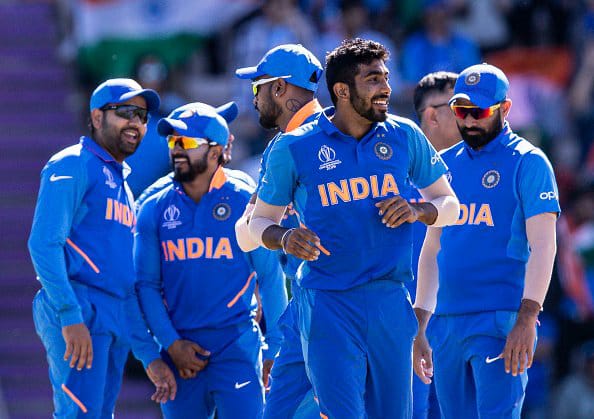 Just In! Team India have qualified for the CWC 2019 semi final stage, after a tough fight today against Bangladesh at Edgbaston. After that defeat, Bangladesh are now officially out CWC 2019 title race. It was a tough call, however Kohli XI finally made it in the end. So, it is going to be a quarter final match between England and New Zealand tomorrow.

India played eight matches so far in this season of world cup and won six of these games with a one abandoned match. As a result, they now mark thirteen points on the points table. They have secured their place in the semi final stage of this world cup. Now, the wait for the next two teams along with Australia to go for the semi finals.

Whereas, Bangladesh are out of CWC 2019 title race. They yet have to play their final match against Pakistan on Friday. Regardless of these results, they can not qualify for the knockout stage.

That makes, Pakistan, New Zealand and England to remain in the title race. England is to play its final match tomorrow against New Zealand, that will decide the fate of both team. The team winning the match, will qualify for the semi final, while the losing side will get to wait for Pakistan vs Bangladesh match results.

Indian skipper Virat Kohli opted to bat first, after winning the toss against Bangladesh today. The openers, Lokesh Rahul and Rohit Sharma struck magnificent innings of 77 and 104 to provide India a stable start. Whereas, Rishab Pants 48 runs, took India to a mighty total of 314 for 9 at the end of 50 overs.

Whereas, Bangladesh lost early two wickets in the chase. So, the responsibility fell on Shakib al Hassan and middle order. Shakib scored 66 runs and resisted the Indian pace attack for a while, but he lost his wicket at 179. After that, Bangladesh came under pressure and slowly crawled to 286 in the 48th over. This was it for Bangladesh and India won this match by 28 runs.

With that victory, India moved to the semi finals, whereas Bangladesh will go home after their final match against Pakistan.