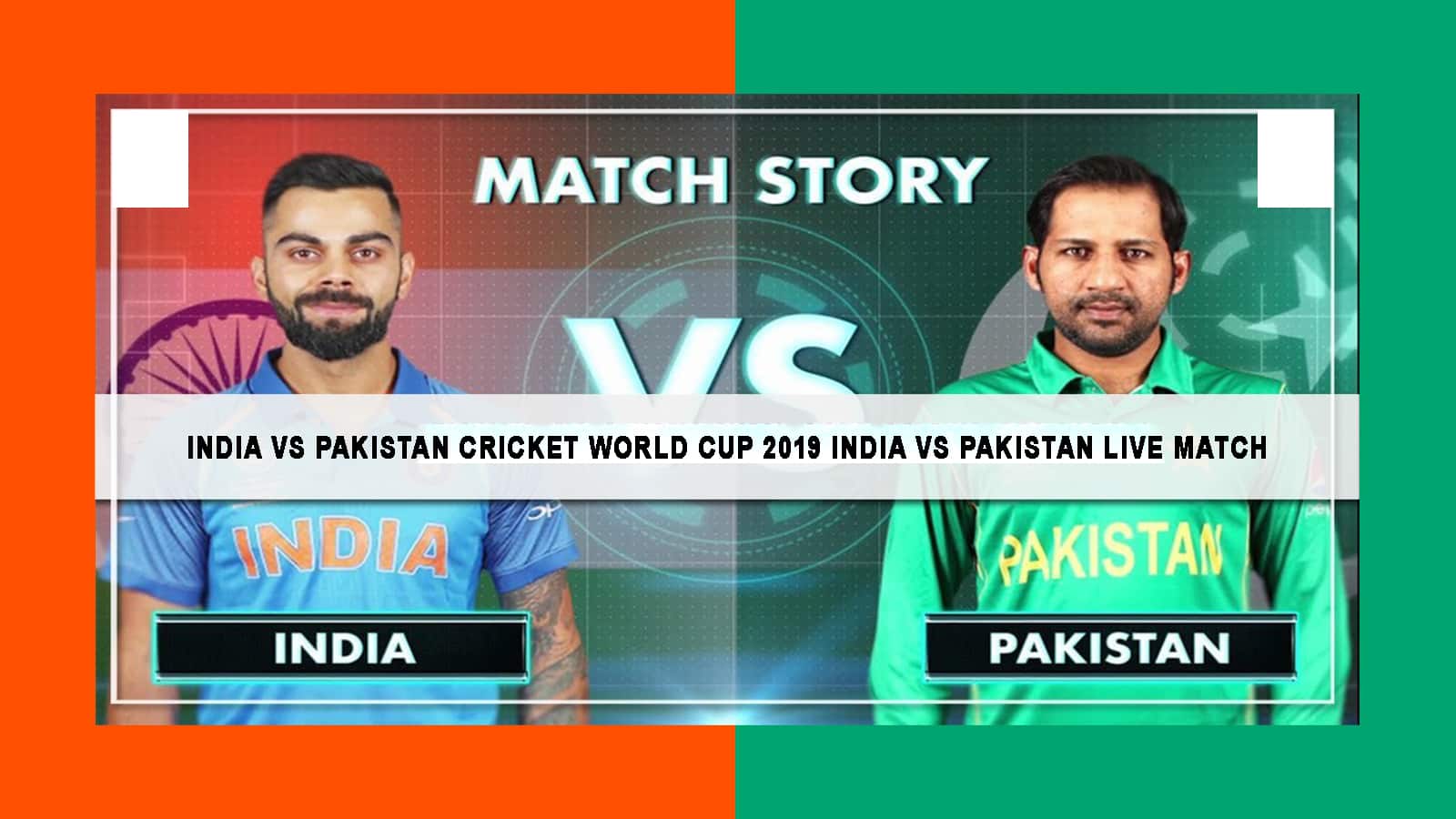 Finally, the moment has come for which we all were eagerly waiting for, as India takes on Pakistan in the 22nd match for ICC Cricket World Cup 2019. Before this match, India were expected to play 18th match against New Zealand at Trent Bridge, Nottingham, however the match was abandoned due to rain and both teams were awarded one point. So now, India occupies forth slot on the points table with five points. Whereas, Australia defeated Pakistan by 41 runs in 17th match. As of now, Pakistan stays at 8th spot on the table with three points only. The 22nd match India vs Pakistan will be held at Emirates Old Trafford, Manchester on 22nd June 2019.

At this stage, India have participated in three games and they won two of these matches, while one of their match was called off. Hence, India marks five points at the fourth position on the points table. However, this world cup match against Pakistan is a real challenge for Men in Blue. Given that, India are dominated by green team in head to head matches with most victories carried out by Pakistan. Moreover, their previous encounter was way back in England when Pakistan defeated India by 180 runs in the ICC Champions Trophy 2017 final match. A lot has changed since then. The long rivals again met in Asia Cup 2018 for two times and both times India claimed the victory.

A sad news for Indian cricket fans, as Shikhar Dhawan will not be opening for India in this match against Pakistan, due to an injury. Rohit Sharma is likely to open with KL Rahul. However, in the absence of Dhawan, huge responsibility falls on Virat Kohli and the middle order. Lets see How India got this?

Whereas, Pakistan have been on a roller Coaster in this season of cricket world cup. In their first match, West Indies defeated them by seven wickets. However, Green team struck back in the crucial match against England, where Men in Green triumphed over Britishers by 14 runs. Unfortunately an easy match against Sri Lanka was called off due to bad weather conditions. Then, Australia beat Pakistan by 41 runs in the 17th match. So, Pakistan are in much need of this victory.

Pakistan has a dominating history against India in the ODI format with Pakistan counting 73 victories in 131 matches. However, the Green team have never defeated India in a world cup match and stats indicate that India are leading in world cup with 6-0 victories against Pakistan.

It will be a game of nerves. The team which handles pressure better, will take the victory. Both the sides have their strengths and weaknesses and to be honest it is hard to say who will win this match.

Well, its close, but India are our hot favorites. The Men in blue have never been defeated by Pakistan in a world cup match and this is a kind reminder. Moreover, Rohit Sarma, Virat Kohli, Hardik Pandya and Jasprit Bhumrah are the effective weapons for India in this match against Pakistan.

On the other side, Pakistan will be giving their best to win this match. They can use Amir’s Pace to destroy the strong batting line up. However Imam ul Haq, Fakhar Zaman and Babar Azam need to take responsibility and score a huge total for Pakistan. All in all, this is going to be a an epic world cup match between India and Pakistan in the history of cricket.

Pakistan will win the toss. They might choose to bat first, or invite India to play the first innings, depending on the pitch and weather conditions. Albeit, toss will play an important role in the victory of the winning side.

The weather at Emirates Old Trafford, Manchester is rainy with winds blowing at 15 Km/h. The humidity rate here is 75% and light rain showers are expected during the match play with a perception of 40%. To be honest, a 50 over match between India and Pakistan is not possible, however match authorities can go for a 20 over match. Worse, it will be, if the match is called off due to the heavy rain showers. In that case, both teams will be given one point each.

We encourage one billion plus cricket fans in India and Pakistan to please for rain to go away. So, that we can have our favorite teams taking on each other in this season of word cup.