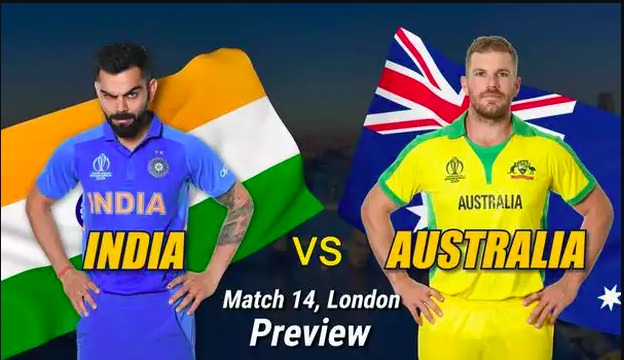 Match 14 of the ongoing World Cup will see India and Australia locking horns on a super Sunday. Both the teams have the winning momentum coming into this game and will be eager to continue in the same vein. If the recent clashes are concerned, Australia managed to win the five-match series in India after being 0-2 down. The Men in Yellow would love to make it four consecutive wins against Virat Kohli and his men.

India, on the other hand, brushed aside South Africa with a clinical show at The Rose Bowl in Southampton. While Yuzvendra Chahal picked up four wickets with the ball, Rohit Sharma backed it up with an unbeaten century in a tricky chase. Despite winning their previous match, the team management might make a tactical change by benching Kuldeep Yadav. Ravindra Jadeja might replace him in the playing XI in that case while Australia is expected to field an unchanged side.

Result prediction: India will win the match by 10-20 runs

Result prediction: Australia will win the match by 25-35 runs

IND vs AUS Head to head in ODI’s

IND vs AUS Match Prediction: Kennington Oval has proved to be beneficial for the team batting first so far. England and Bangladesh won their matches by scoring in excess of 300 batting first. The only victory batting second at the venue came for New Zealand. But even in that game, they were pushed to the limits as the Kiwis chased 244 with just 2 wickets in hand. So, win the toss and bat first would be the ideal choice.