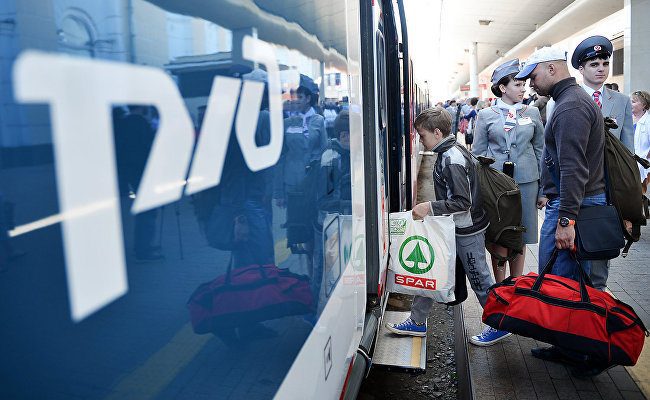 Here is some good news if you are one of those who will be witnessing the world cup in Russia this year. Each spectator has a chance to make use of free transport between 2018 FIFA world cup host cities and the seats will be allotted on First Come First Served basis.

More than 500 additional trains will be provided during the World Cup. The schedule will be finalized after December 15.

To take advantage of free travel between the cities hosting the World Cup, you must have a ticket for the match and a FAN ID, create a personal account at www.tickets.transport2018.com, where you provide the ticket number for the match. After registration and choosing the route, the spectator receives a message with a boarding coupon via e-mail provided during registration. The e-mail contains confirmation of the right of free travel, and all relevant information: the place and time of departure / arrival of the special train, the number of the train and the place in the car, as well as the list of documents required for presentation when boarding the train.

During the FIFA Confederations Cup Russia 2017, held in Moscow, Saint Petersburg, Kazan and Sochi, 262 additional trains were organized. 60,382 people from a hundred countries all over the world used this opportunity for free travel.

How to get tickets for free travel?

In order to make use of free travel fans needs to do the following things:-

In order to register, you need to input the following:

After registration, the spectator will receive a message with the boarding coupon via email provided during registration. On match days the host cities will have the facility for free transport to and from airport as well as free public transit.