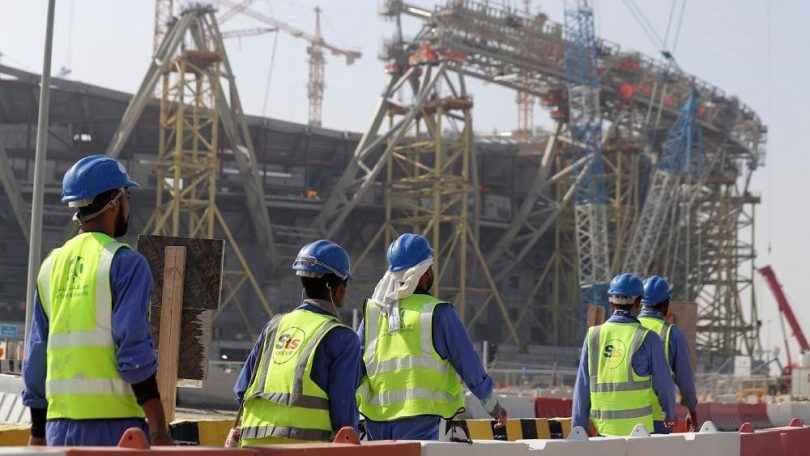 The fees are illegally obtained from potential workers looking to move to Qatar for a living. It can reach as high as a thousand dollars, putting a huge drain on those who are already struggling financially and creating a false hope of future income.

That’s why the SC launched a “groundbreaking” initiative – the Universal Reimbursement Scheme – to help thousands of migrant workers gain their rights.

To date, workers have been reimbursed more than QAR82.35 million. Additionally, and as a testament to the legacy of Qatar 2022 in action, 11 SC contractors have expanded the scheme to 18,066 non-SC workers, according to Mohamed al-Hajri, Compliance and Audit Director of the Workers’ Welfare Department.

But the bigger problem lies with those who cannot provide legal proof that they paid hiring fees, which significantly impedes reimbursement from their employers, the official said.

“Our solution was to shift the burden of proof through the system from the employee to the employer. As a result, 266 contractors have agreed to reimburse approximately QAR103.95 million to 49,286 SC and non-SC workers over a 36-month period,” al-Hajri said.

The hopeful figures were announced during an event on Wednesday to mark International Migrants Day, which this year was themed “Realising the potential of human mobility”.

The event was attended by a variety of prominent officials and stakeholders from the Gulf state, including newly appointed Minister of Labor Dr. Ali bin Saeed bin Smaikh al-Marri and Dr. Ahmad Hassan al-Hammadi, Secretary General of the Ministry of Foreign Affairs and representative of the Ministries of Interior, Justice and Public Health.

The latest initiative aims to recognize the immense contribution of migrant workers in building state-of-the-art stadiums, while working to create a safe and exploitative work environment.

“At the height of construction we welcomed over 30,000 migrant workers from around the world and since day one we have worked hard to ensure that every individual working on our projects is treated with the utmost respect and dignity,” the official stressed.

Several other initiatives to protect workers’ rights were also discussed during the event, including the Workers’ Welfare Standards introduced in 2014.

These crucial steps were taken to protect the rights of migrant workers who helped stage the inaugural FIFA World Cup – the first to be held in the Middle East and the Arab world.

“They protect our employees throughout their time with us – from hiring to repatriation – and cover critical areas such as hiring and contracts, wages, housing, access to remedies and health and safety,” he said.

SC also recognizes the importance of employee representation, the official stressed, and gives workers a voice to voice their concerns. This was provided through the Workers’ Welfare Forums – the SC’s flagship grievance platform –, worker interviews, as well as a dedicated grievance hotline for employees to report issues anonymously.

“The SC instituted worker welfare forums, allowing workers to elect representatives to speak up on their behalf without fear of retaliation. At peak times, over 113 forums were held, attended by 23,500 workers,” the official said.

“Both the International Labor Organization and the Qatar Ministry of Labor have been studying the impact of the forums to support the replication of joint labor-management committees in Qatar, which is further evidence of the legacy we are building through the tournament.”

Other initiatives include the introduction of comprehensive medical screening, mental health screening, an electronic health record system and the provision of over 45,000 StayQool suits to combat heat stress.

With less than a year until the long-awaited kick-off of the FIFA World Cup, SC said it is working hard to ensure its worker welfare standards are properly implemented and applied across sectors.

“We want to ensure that our work in this area leaves a legacy that will last well beyond the final whistle. Our work is critical in informing the country’s legislation on migrant workers and accelerating its efforts to introduce unprecedented social standards and practices in the region’s labor industries,” al-Hajri said.