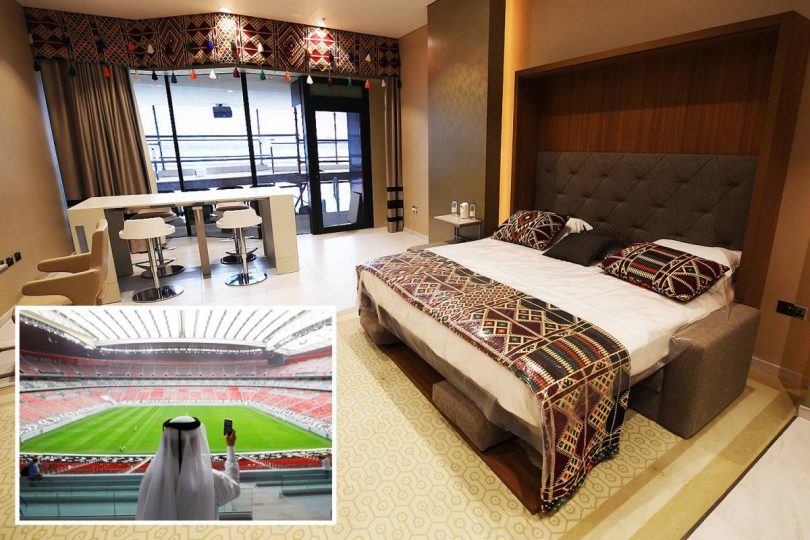 A private VIP suite is on sale for a whopping $2.5 million. Aside from the typical exquisite dining and other advantages, suite guests at the Lusail Stadium will be able to witness six group games, the round of 16, quarter-final, and final, all of which are included in the opulent package.

Lusail Stadium is equipped with high-end facilities in order to serve corporate guests, top executives, and millionaires from all over the globe.

The above-mentioned suite, which is expected to host high-profile guests, is still available for sale on FIFA’s official hospitality partner MATCH’s website. According to metro.co.uk, the suite will come with an HD television and direct access to seats placed in front of the glass barrier covering the luxurious space. As per the report, several VIP boxes have already been sold to corporate guests, who have supposedly spent millions to secure a spot for the next year’s World Cup in the Gulf country.

Dozens of other corporate boxes have already been sold, the request form shows, amounting to millions of pounds having already been splashed on hospitality at the games a little under a year before the first group stage game on November 21.

The VIP suites for the Qatar World Cup have been generating lots of interest despite the concerns about human rights in the country, including the treatments of the workers that built the stadiums themselves. More than 6,500 are said to have died since the World Cup was awarded a decade ago, according to a report by The Guardian.