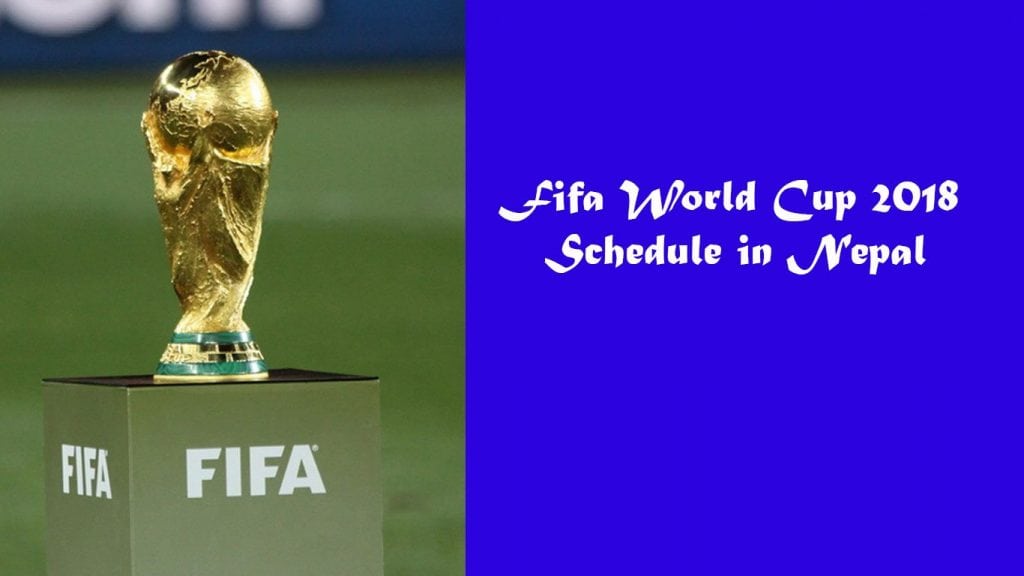 Here is some good news for all the football fans in Nepal, now you can check out the 2018 FIFA World Cup Schedule in Nepal Time.

Nepal is a beautiful landlocked country in South Asia bordering China and India. The country uses one-time zone throughout which is 5 Hours and 45 Minutes ahead of Coordinated Universal Time or UTC. Nepal uses Nepal Standard Time (NPT) and it is an approximation of Kathmandu meantime which is 5 hours 41 minutes 16 seconds ahead of UTC. One of the Peculiar things about Nepal Standard Time is that it is one of the three time zones in the world which are offset by 45 minutes as the rest of the time zones are offset by either complete hours and 30 Minutes from the UTC.

The Largest championship of Fifa World cup 2018 is scheduled to be held from 14 June — 15 July in Russia. Total 64 Matches will be performed between the 32 Qualified Teams. Fixtures and schedule of Russia world cup have been declared in Nepal Time of NPT.

Schedule and Fixtures of Russia world cup are already announced but Too many Soccer Fans of Nepal Who want to look at the Fifa world cup timetable in Nepal Time of NPT.

All 64 Matches of 2018 Fifa World cup is played at various venue of Russia thus Its much difference in both country timetable. Check out below the Fifa World cup Schedule in NPT Nepal Time which has a Timezone of UTC+5:45.