FIFA World Cup 2018 Schedule, Fixtures, Time Table PDF can be downloaded from this website. The matches will be played from 14 June to 15 July 2018. 32 National teams will be entertained in this tournament to play 64 matches in 32 days. All the 32 games will be played at 12 Venues. Russia’s Capital Moscow will host the final of 2018 world cup on 15 July. 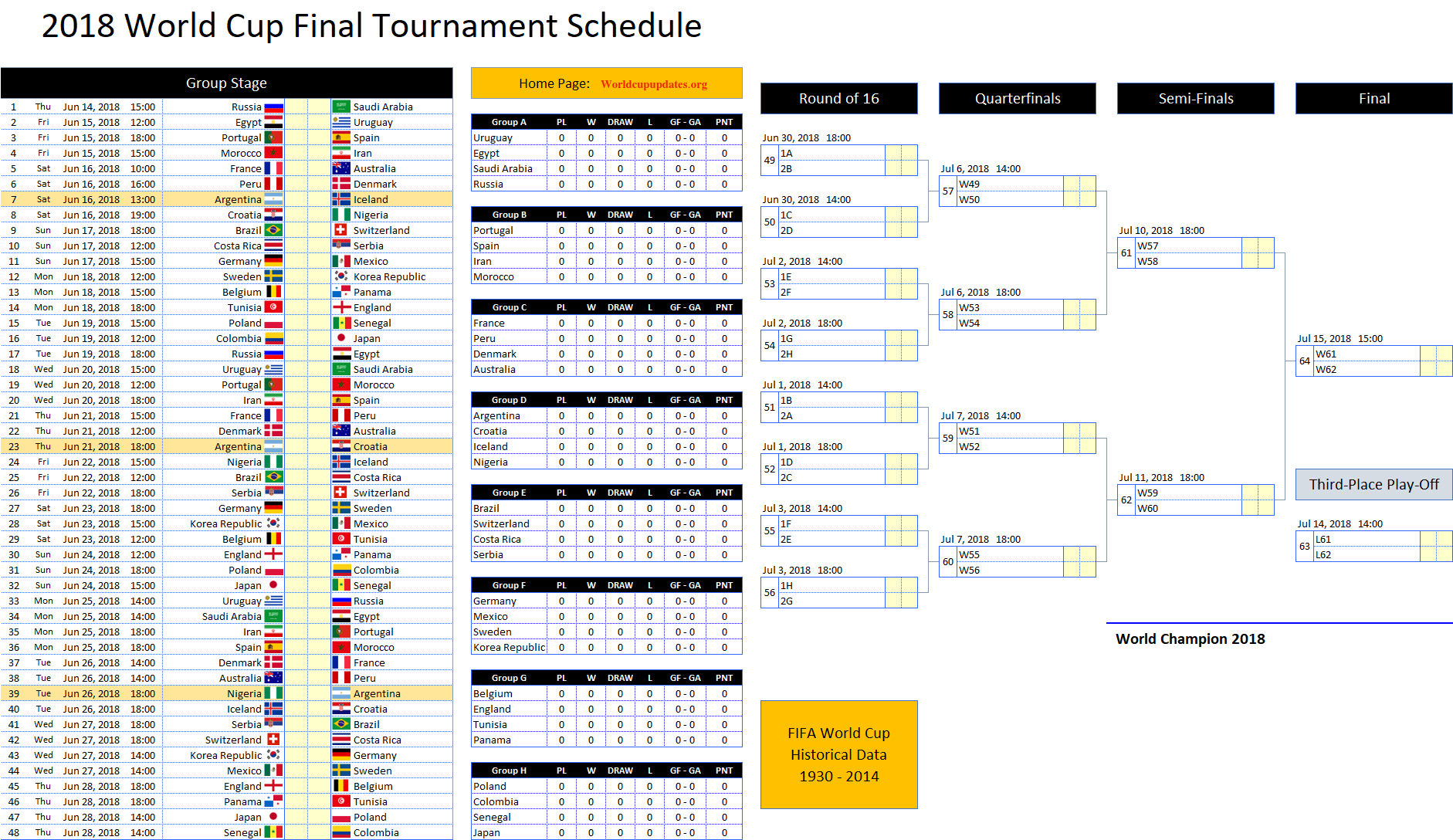 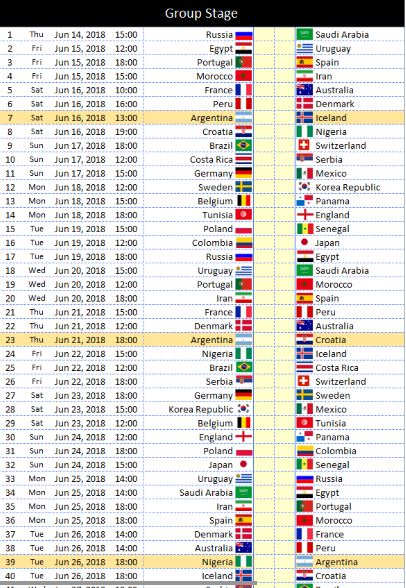 FIFA World cup 2018 Time Table is divided into two stages [Group Stage] & [Knockout Stage] which further divided into 3 Stages named [Round of 16, Quarter-finals, Semi-finals]. After this there is one 3rd/4th place match and one final will be played.

Group Stage: There are 8 groups from Group A to Group H. Every group includes 4 teams. Russia being the host of world cup placed in Group A and will play first match of the tournament. – Only Top 2 teams from each Group will qualify for Round of 16 in Knockout Stage.

In the below table we give all country time table. Fifa published world cup 2018 schedule pdf in GMT/UTC and Russia time. So, you can know when will world cup match start in your country local time.

Russia and Brazil confirms their participate to 2018 fifa football world cup as earliar. Russia is host country of the 2018 world cup in Russia. So, Russia participating is certain before the qualifiers. As a host team advanced they need not to play they qualification round.

Fifa divided 32 teams into 8 groups. Every group have 4 teams. The groups champions and runner-up will take part round of 16. In this 16 teams 8 teams will go to the quarter-final then 4 teams go to semi-finals and at least two teams will play 2018 fifa world cup final.