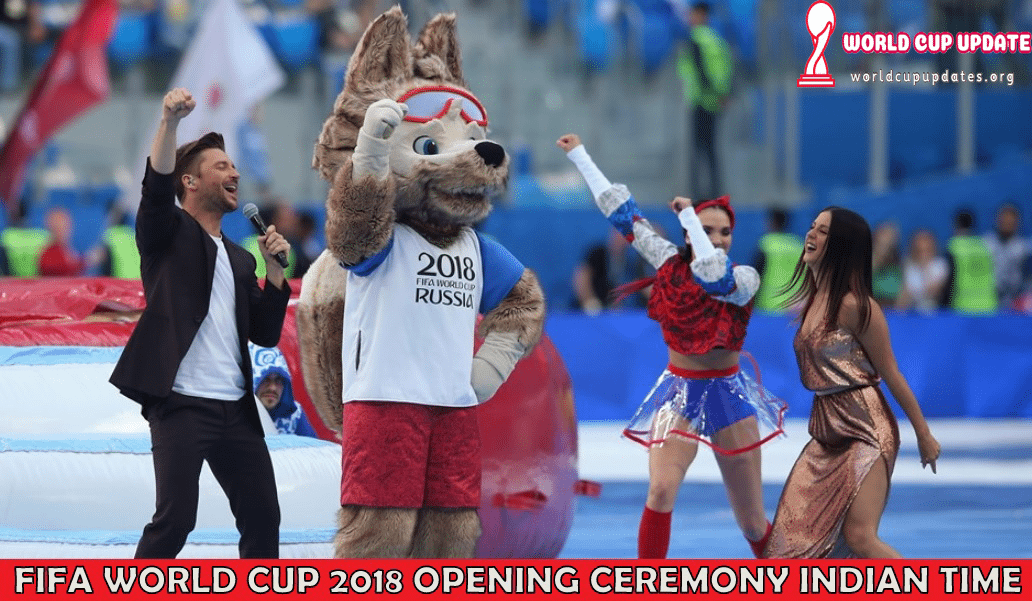 After day and night hard-word, the host nation has completed its preparations for the biggest competition. The opening ceremony marks the beginning of Football World Cup. It is conducted by the host nation in which superstars performs in front of millions of fans. Till now there is no announcement of stage show performers. Let’s see the schedule date and timing of this ceremony.

The stage is set for the opening ceremony of world’s biggest Football event, FIFA World Cup 2018, Russia. The event will be held at Luzhniki Stadium in Moscow. The Luzhniki is Russia’s national stadium and the biggest in the country with a capacity of 81,000. Take a look at the glimpse of where the opening ceremony will take place:

Just 50 days until the #WorldCup kicks off at this amazing stadium ? pic.twitter.com/oY3nKUcJvm

FWC 2018 opening ceremony is expected to start 1 hour before the first match. So it is expected to begin at 7:30 pm on 14th June 2018 according to Indian Standard Time.

As Football is the most popular sport, its biggest competition deserves a grand ceremony. Just like the previous editions of Football World Cup, this edition will start after a huge ceremony. There will be glimpses of all 32 qualified teams. Russia is also expected to present its culture during the ceremony.

Some fireworks, grandeur and amazing performances are expected to be held at the Luzhniki Stadium. Thousands of performers will perform to show the World the start of Football’s most popular event. Russia also hosted the FIFA Confederations Cup last year with an opening ceremony. It got great appreciations from fans and officials. So naturally, they have great expectations from Russia for this ceremony. 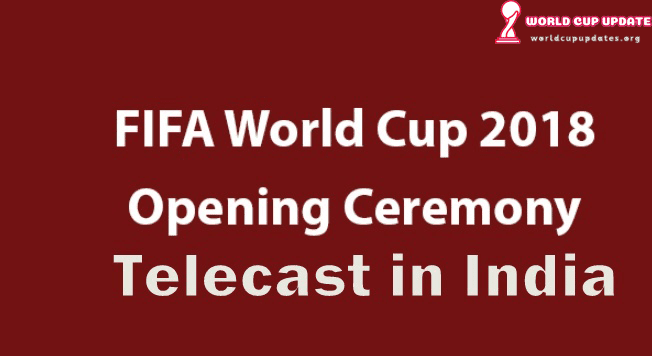 Centre of attraction for the opening ceremony:

Will Smith and Nicky Jam will perform at the official song of the tournament “Live It Up”. Along with that, the Global music icon Robbie Williams and Russian operatic soprano Aida Garifullina will entertain millions of people around the world. Brazil’s Ronaldo, two times FIFA World Cup Champion will also present in the open ceremony which will brighten up the event.

So this was about the Indian time and telecast channels of 2018 FIFA World Cup opening ceremony. Hope this article helped you. Help others to find this important information by sharing this page.