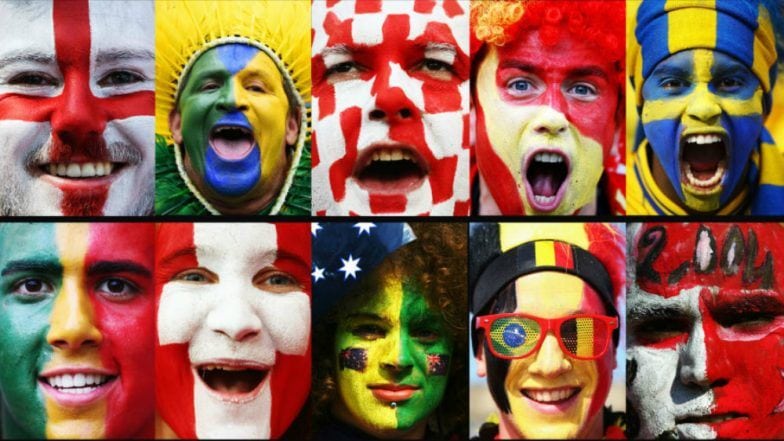 FIFA World Cup 2018 Official Team slogans: Football governing body FIFA, published on Thursday a list of official slogans for each of 32 participating teams in the upcoming 2018 FIFA World Cup and the slogan of hosts Russia is “Play With an Open Heart”. “The votes have been counted. The fans have spoken,” FIFA said in a statement. “We now have the 32 slogans that captured the hearts, and votes, of the global FIFA Club community.”

With the World Cup just two weeks away, the teams will be busy preparing for the task at hand with utmost concentration. Some teams will be concerned with injuries, some will be concerned with the pressure of their fans, and some will be happy to just be there. On the lighter side of things, the official slogans for all 32 competing teams in the tournament have been finalized. These slogans will be written on the sides of the buses carrying the teams at the 2018 World Cup.

The winners have been decided by votes, and the winners whose slogans were selected will be provided a free trip to Russia, sponsored by Hyundai. Before the winning variant of “Play With an Open Heart” was approved in the course of the voting, the other two variants in previous top-three had suggestions of “The Russian Bears Stride to Victory” and “With a Full Heart the Entire Nation is Pursuing the Dream”.

“The winning slogans will be displayed on the 32 team buses at the 2018 FIFA World Cup Russia,” the statement from FIFA said, adding that each lucky slogan creator will be awarded with a trip to Russia for the world football championship.

The idea of presenting football fans worldwide a chance to send in one-liners representing their national side at the world cup was started by FIFA in 2006. The ‘Be There with Hyundai’ again held a competition to choose the best team slogans for the upcoming FIFA World Cup edition. “The votes have been counted. The fans have spoken,” FIFA said in a statement. “We now have the 32 slogans that captured the hearts, and votes, of the global FIFA Club community!” It further added, “The winning slogans will be displayed on the 32 team buses at the 2018 FIFA World Cup Russia.” These team slogans will serve as a constant source of motivation and create an environment of sportsmanship during the tournament.

Read More: 10 things that will Definitely Happen at the 2018 FIFA World Cup in Russia

These 32 winning entries are a delight to read. It is a beautiful collection of the slogan with some sent in native languages while others in English, but the important bit is the thoughtful words of these fans for their side. Be it Argentina’s “Together for a dream,” Croatia’s “Small country, big dreams,” Saudi Arabia’s “Desert Knights,” or Germany’s “Let’s Write History Together,” each slogan conveys the idea of sportsmanship as well as national pride.

In Argentina, the World Cup is still the biggest trophy in the world and no number of trebles will be worth more than that. For that reason, Maradona is looked up to as their greatest and not Messi. The slogan, as cliched as it sounds, is true to the belief of every Argentine. The World Cup is their dream, their final frontier. Together, they will be hoping that the nation gets its hands on the trophy this time.

Australia: BE BRAVE, BE BOLD, SOCCEROOS IN GREEN AND GOLD 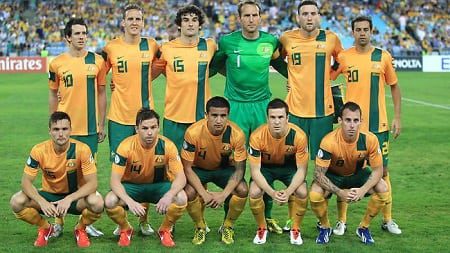 Australia might not be expected to make much impact in the tournament, but they have arguably the best slogan in the tournament. It rhymes, it has something characteristically Australian – Socceroos – and paints a clear picture of what their jersey will look like. 10/10 slogan.

Earlier, FIFA World Cup 2018 song titled “Live it up” was announced. It will be sung by Hollywood actor-rapper Will Smith along with singers Nicky Jam and Era Istrefi who are all set to make the ‘world dance’ with their song, which will be performed at the 2018 FIFA World Cup Final on July 15 in Moscow. The official music video will be available worldwide on June 7. As per FIFA World Cup 2018 schedule timetable, host nation Russia will take on Saudi Arabia on 14th June 2018 Luzhniki Stadium, Moscow.