The FIFA World Cup is one of the most widely broadcasted sports events at the world. It reaches to millions of people in over 200 countries in the world. Therefore, to organize an event on such a huge scale, there is the need of support from the Commercial Affiliates who provide significant support and assistance for arranging the entire event.

In a month from now, 32 teams from around the world will gather together in Russia to compete in one of the biggest sporting events in the globe — The FIFA World Cup. Since 1994, viewership of the FIFA World cup has exceeded 1 billion viewers. According to figures by FIFA and Kantar Media, the 2014 FIFA World Cup held in Brazil reached 3.2 billion people. An estimated 280 million people watched the matches online or on a mobile device, showing the increasing adoption of technology for sports contents. The final match between Argentina and Germany attracted a record 1.013 billion viewers, which is 25% of the entire population of the planet.

With 150 days left until the start of the biggest single-sport event in the world, the demand for 2018 FIFA World Cup Russia tickets keeps increasing – both from domestic and international football fans. This is good news to many brands, which over the years use the tournament for turnarounds, brand launch, new campaigns but essentially brand visibility.

Nothing less than 3,141,163 tickets have been requested since 5 December, with the current sales window lasting until 12:00 (Moscow time) on 31 January. Fans from all around the world have a unique opportunity to secure their places at FIFA’s flagship tournament by applying for tickets online at FIFA.com/tickets. Being a sporting nation with deep interest in soccer, brands in Nigeria (multinationals and indigenous) have had great affinity with the tournament. For instance in 2014 for the World Cup in Brazil, Guinness, official beer of the Super Eagles, released a video to support the country in their world cup campaign.

The rights of sponsorship packages include:  –

Let’s check out the full list of Sponsors and Partners for Russia World Cup 2018 below.

Declaration of Vivo as Official Partner 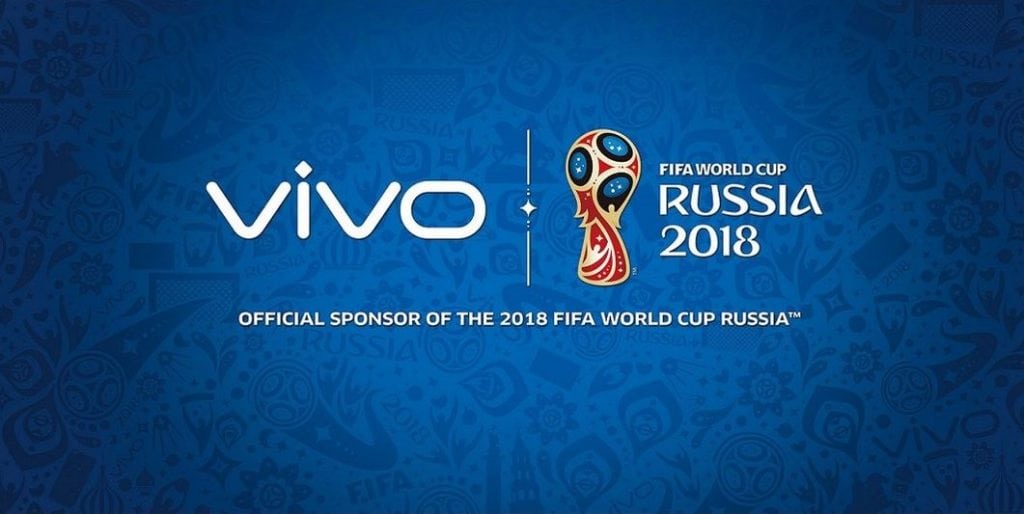 On 31st May 2017, Vivo became the official Smartphone sponsor of the FIFA World Cup 2018 and the agreement will continue till 2022 FIFA World Cup. Along with the FIFA World Cup 2018 and 2022, Vivo will also be sponsoring the FIFA Confederations Cup. It is expected that this 6 years marketing strategy will take the brand Vivo to a next level. The logo of Vivo can be seen on the pitch advertising boards, media releases, and match tickets and in all other key promotional platforms.

Vivo is also planning to launch a 2018 FIFA World Cup special edition mobile phone. This will be a customized phone to enhance the experience for the football lovers around the world.

It is one of the largest consumer electronics company in China and became the official sponsor of 2018 FIFA World Cup, Russia. Since last 13 years, Hisense is in the top in Chinese TV market shares and its huge success in China along with the bagging of the official sponsorship in the biggest sports event in the world will allow expanding its international business over 130 countries across the world.

The official television of the 2018 FIFA World Cup will be of Hisense. Thus, it will get the much-desired promotion and marketing to have a strong foothold in the international market.

While many brands have begun to question the effectiveness of their digital ad spend, the FIFA World Cup represents the perfect moment to target millions of people who will be following the events online via sponsored posts, promoted tweets and display ads.

During the 2014 FIFA World Cup, Adidas dedicated more of its marketing campaign on digital advertising than tradition media. Companies should know that the cost of social media ad buys during the World Cup normally go higher than normal. However, overall digital ads spend is still an effective way to reach football crazy fans.

Offline activations have the ability to create real emotional connections with fans. Companies who do this well during global events like the FIFA World Cup can catapult their brands to a state of heightened sensation with fans. Fans may react to your advertising campaign online but they will never forget how they interacted with your brand offline. During the 2010 FIFA World Cup in Brazil, Hyundai created football-themed cars. 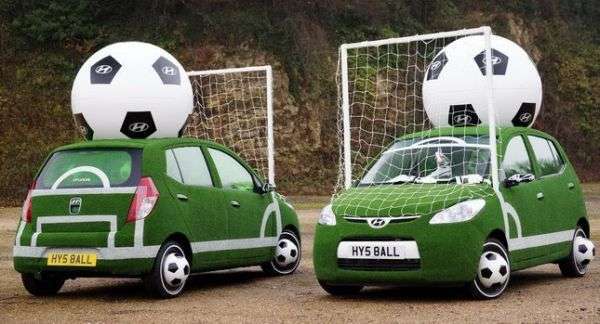 While you might not be able to partner with FIFA during the 2018 FIFA World Cup in Russia, you can still ink some strategic partnership with other brands to create iconic campaigns. You could partner with former footballers to launch a campaign or co-work with football media houses to grow your brand in a win-win situation. During the 2010 FIFA World Cup held in South Africa, Microsoft wanted to promote its search engine, Bing, to football fans. So it partnered with social media platform, Foursquare and urban recommendations newsletters, Thrillist to provide locations of drinking bars to fans on its search engine.

You don’t have to be an official sponsor or spend millions to make your brand visible during the FIFA World Cup. A bit of creative thinking, experience and gut is what is needed to build awareness for your brand.

Years after, the video still projects the brand while it also inspires soccer loving Nigerians. Also, for the same tournament, as part of its commitment to galvanize support for the Super Eagles, Peak Milk launched a campaign tagged “World Class Nutrition, World Class Team.” Globally the list is endless. It is interesting to know that so far, most of the applications have come from Russia, with fans from Germany, Argentina, Mexico, Brazil, Peru, Colombia, USA, Spain, Poland and China representing the top ten countries from abroad. Overall, international demand accounts for 38%.

If the number of tickets requested by 31 January 2018 exceeds the number of available tickets, the allocation will be based on a random selection draw procedure, with fans being informed of its outcome by 12 March 2018 at the latest. During the current sales period, it will make no difference whether applications are submitted on day one, the last day or any time in between, as all will have the same chance of being successful.